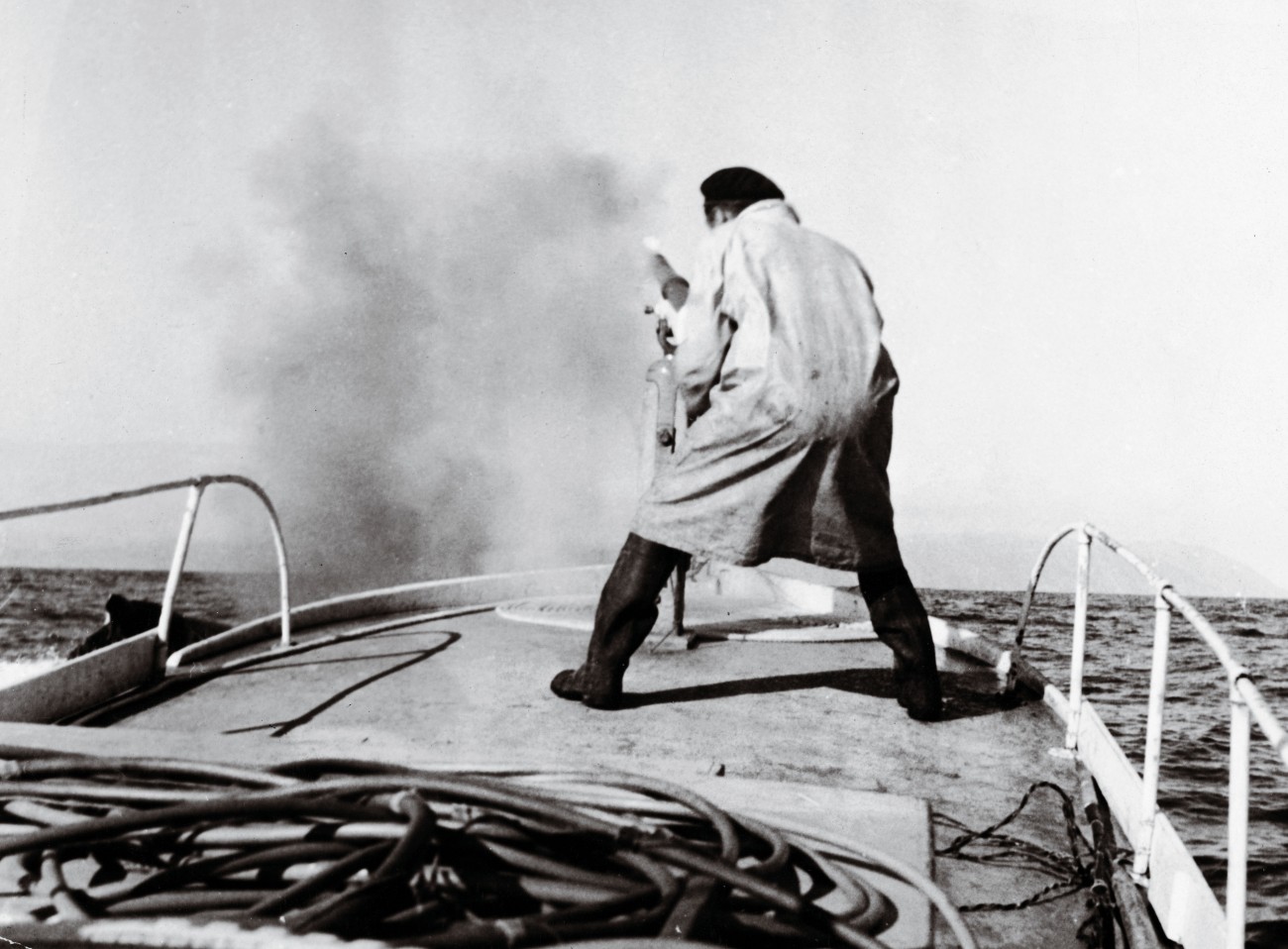 Trevor Norton, whaler—and son and grandson of whalers—stood four-square at the gun platform of Orca, off Kaikoura, and let loose a shot. The harpoon and snaking rope arced over the intended target, a 15-metre bull sperm whale, and instead struck a smaller bull behind it.

The Tory Channel Whaling Company diary entry for that day duly noted the weather—a strong wind from the nor’west blowing 20 knots by 7.35PM—and ended: “Caught 3 sperms: 20 sightings for the day. Total of 57 whales for season and 271 sightings.”

Though the whalers didn’t know it until they collected their final pay cheques for the year, Norton’s bull was to be the last whale killed from a New Zealand ship in New Zealand waters. The company had been operating “far from economically” for the previous two seasons, according to one of the principal shareholders, Gilbert Perano. Other whaling nations had begun venturing into the southern seas and intensive whaling by a Russian fleet—which decimated the sperm whale grounds off the New Zealand coast—followed by the collapse of the world market for whale oil, proved fatal.

The day after the harpooning, Orca blew its boilers. A crack was discovered in the combustion chamber and the cost of bringing qualified welders up from Christchurch was the last straw for the financially challenged company. The Perano family decided to permanently close their Tory Channel whaling station, bringing to a close a business spanning more than half a century.

Just four years earlier, the company had made a record annual catch of 226 humpback whales, with a further 135 killed by the newly established Gulf Whaling Industries in the outer Hauraki Gulf. And by 1964, it had begun using a light aircraft for whale-spotting and had exported its first shipment of ambergris—once discarded as a useless byproduct. But the tide had long been turning for the shore-based whaling industry.

The Nova Scotian Ebor Bunker had set the enterprise going when he began testing the waters off the northern coast of New Zealand in 1792 and later whaled in earnest aboard one of the finest whalers to carve a wake here, the privateer Albion (Stewart Island’s Albion Inlet is named for her). For almost a hundred years, the industry prospered and shore stations sprang up from Whangamumu to Bluff to supplement pelagic whaling. But by 1876, The Official Handbook of New Zealand declared the colony’s once-staple products—oil and whalebone—“too insignificant to mention”.

With the Peranos, the industry flared again briefly, but soon sentiment as well as economics turned against the whalers. By the 1970s, anti-whaling groups had begun channelling public displeasure and in 1982, the International Whaling Commission did the unthinkable—it announced a moratorium on commercial whaling from the 1986 season.

In 1989, just 25 years after Norton’s last kill, a new industry sprang up in the waters he once plied off Kaikoura—whale watching.