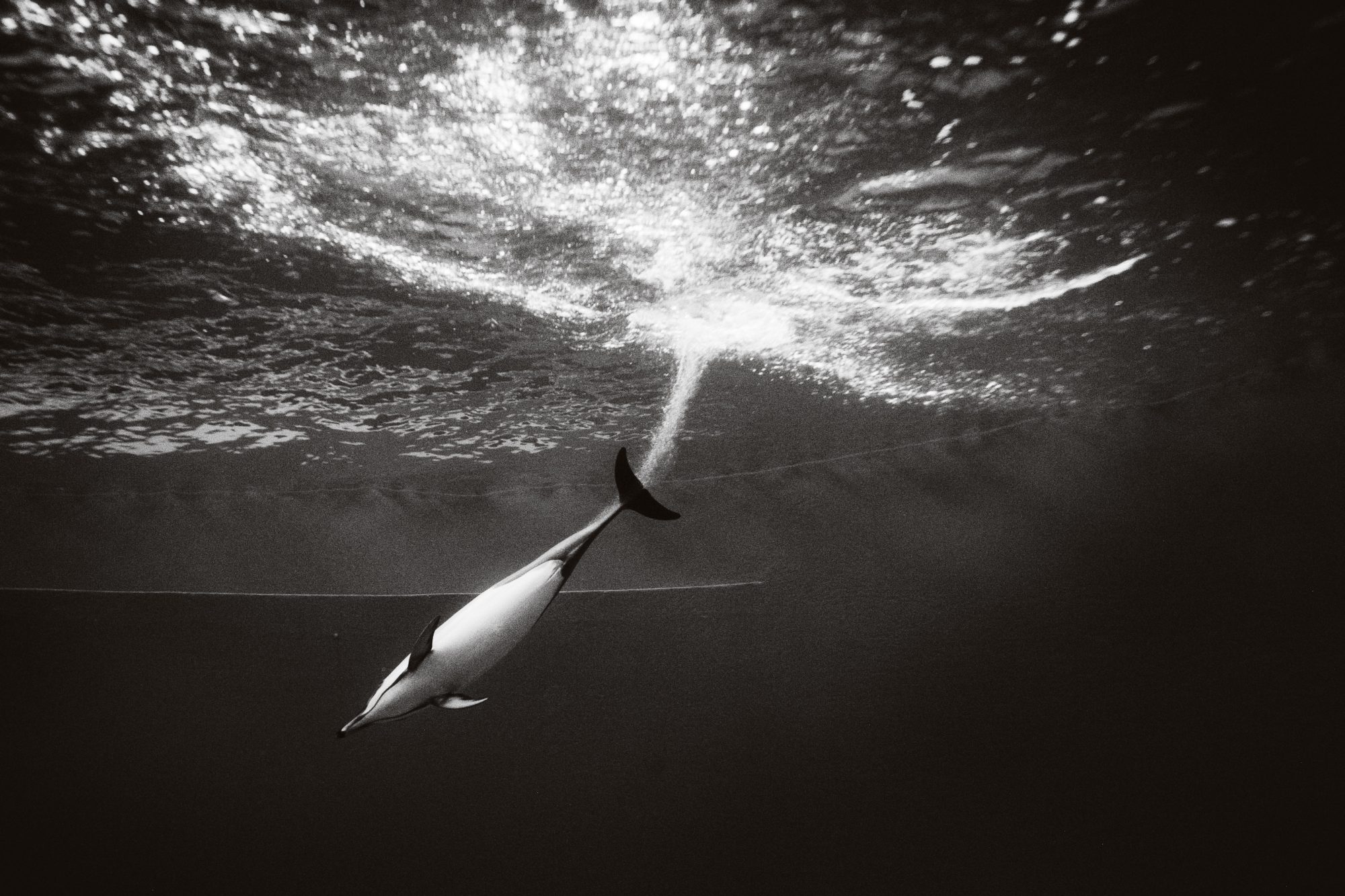 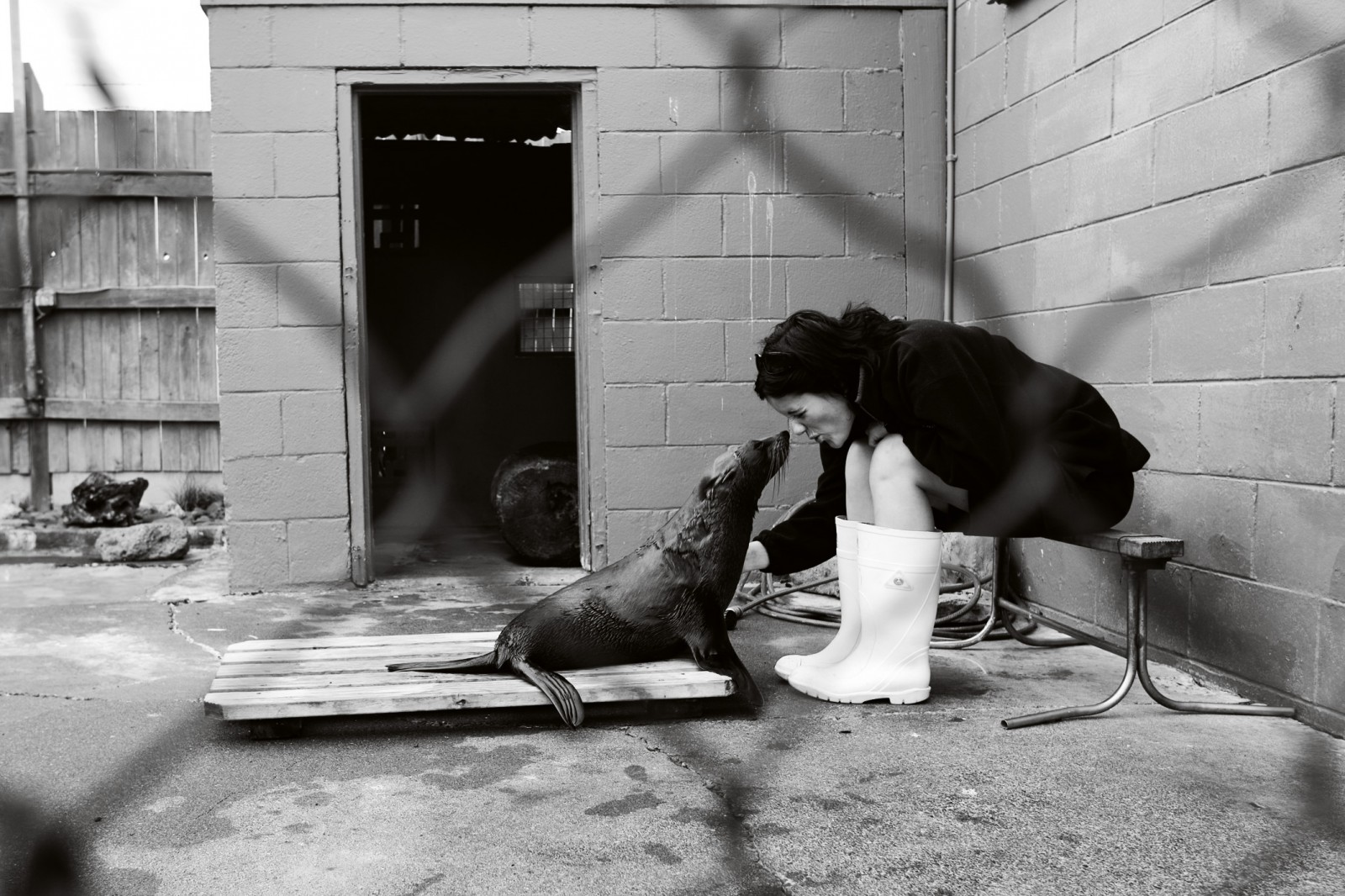 Kelly’s death on 11th September signalled the end of an era that began when Napier’s Marineland opened its doors in January 1965. Back then Keith Holyoake presided over a population of 2.6 million, New Zealand troops were heading to Vietnam and Peter Snell was riding high on his recent wins at the Tokyo Olympics.

Visitors swarmed to Marineland in those early years to see Daphne, the centre’s first dolphin, and her companions, adults paying three shillings and children one shilling for the pleasure. By the end of the first week, 8000 people had passed through the gates, and by the end of the first year, that figure had reached 220,000. Within five years (shortly after Queen Elizabeth II visited in 1970), the dolphins at Marineland had received their millionth visitor.

For the manager, Gary Macdonald, and the staff at Marineland, Kelly was more than a performer; she was part of the family. When her long-time companion Shona (the second-to-last dolphin in captivity in New Zealand) died in April 2006, staff took it in turns to sit with Kelly, talking and playing with her. They had thought she’d be the first to go, but instead Kelly kept Marineland’s dolphin show afloat on her own, performing tricks and sharing her pool with visitors who paid to swim with her. On the days she wasn’t up to performing, the show went on with various understudies stepping in.

But no matter how well her seal and sea lion stand-ins did, for many people there’s no show without the dolphins, a belief that sparked a 13,589-signature petition calling for the Government to finance replacement dolphins. A parliamentary select committee ruled against the proposal in May this year, citing scientific evidence of the detrimental effects of captivity on dolphin health.

For the animal protection movement that day was a long time coming. A coalition of groups had mounted their own campaign after Shona died, calling on the Napier City Council to end “New Zealand’s captive dolphin industry”, claiming “the physical and psychological suffering of captive dolphins is immense”. This coalition believes New Zealand’s Marine Mammal Protection Act needs tightening and is lobbying the government to ban keeping cetaceans in captivity.

From her capture in Tauranga Harbour in 1974 to her death this year in Marineland, the life of Kelly, the last dolphin in captivity, has spanned a period of philosophical change in New Zealand.

In December 1974 there were other issues being debated on the airwaves and in tearooms up and down the country. Prime Minister Norman Kirk had spoken out against homosexuality, saying it was “unnatural”, police had raided a private abortion clinic in Auckland, and New Zealand’s attempts to end French nuclear testing at Mururoa Atoll were ongoing. Dolphins in captivity were yet to become a political issue.

In the intervening years, animal rights groups have moved the issue into the public arena and attitudes towards keeping wild animals in captivity have changed. This is reflected in conservation policy, which makes it extremely difficult to hold marine mammals for our entertainment, and in Marineland’s visitor numbers, which have fallen in recent years, the bleachers sparsely peppered with spectators most days. 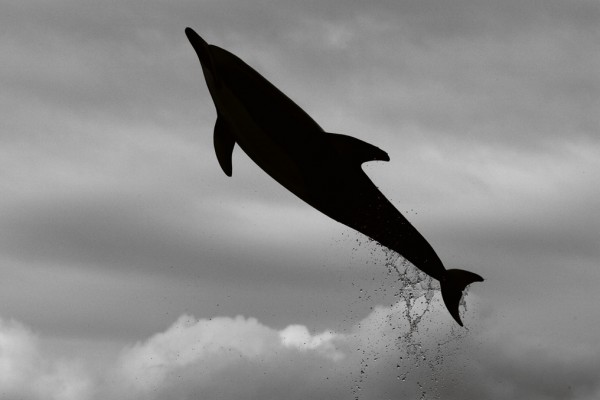 Conversely, the dolphin and whale watching business has boomed since the 1980s, with more than 100 commercial tourism operators applying to DOC each year for permits. Our fascination with dolphins clearly hasn’t waned, but how and where we want to view them has changed.

The future of Marineland and what part dolphins should play in it has sparked much comment, reminding us that while public opinion has moved on, it rarely speaks with a unified voice.

It is up to the Napier City Council to decide what will happen to the marine park and its remaining inhabitants. Whatever its decision, one thing is certain: the era of performing dolphins is over.

Symphony of the dolphins

A fin and a prayer