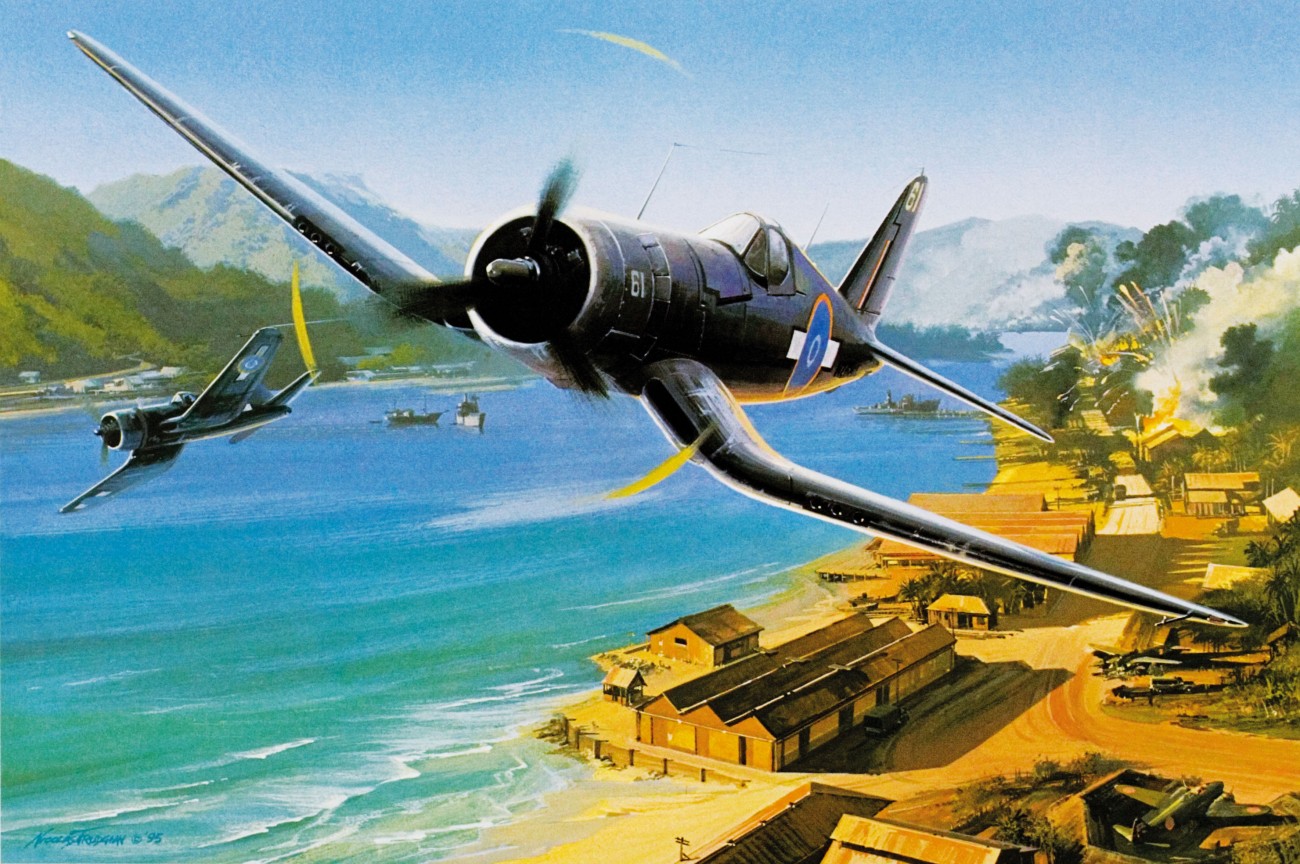 World War II transformed the Meteorological Service from a handful of staff to 335 by war’s end. The increase in personnel began before hostilities broke out, as the government started training military pilots in anticipation of war. Meteorologists were needed both to forecast the weather at the airports where training took place and to run courses teaching elementary meteorology to the new pilots.

Initially, the trainee pilots were sent to England to fly for the Royal Air Force. Once Japan entered the war, the Royal New Zealand Air Force took the fight directly to the enemy in the South Pacific. Where the planes went, the forecasters followed.

The weather in the tropical Pacific was different from that in New Zealand, but the forecasters got a head start when they took over forecasting operations in Fiji from the British Colonial Administration, almost a year before the Japanese attacked Pearl Harbour.

Good weather observations were essential for good forecasts, especially in the days before weather satellites. Unfortunately, the tropical Pacific has vast areas of ocean with few islands. On the most remote islands, observations were taken by coast watchers—men sent to watch for German ships, which had been cruising the Pacific sinking Allied vessels. Some low-lying atolls were vulnerable to tropical cyclones, such as Suwarrow in the Cook Islands, where a hurricane in February 1942 washed away 16 of the 22 islets and the coast watchers on the largest had to climb palm trees to survive.

A week after entering the war, the Japanese captured some of the northern-most islands, taking the coast watchers prisoner. In October 1942, they beheaded 22 of these men on Tarawa. The act was witnessed by the local Kiribatis, who were still able to travel between islands by canoe, and word of the executions got back to Fiji and then New Zealand.

One of the dead men, Charles Owen, had a brother, Jack, who became a guard at the camp in Featherston where Japanese prisoners of war were held. During a confrontation in February 1943, a New Zealand officer fired his pistol, wounding a Japanese officer and killing the man behind him. When the seated prisoners began to move, Jack Owen fired on them with a sub-machine gun, killing many of the 48 Japanese who died that day.

When the RNZAF moved to the front line at Guadalcanal in the Solomons, weather observations were so scarce that the forecaster John Gabities went on the first flight over enemy territory as both a gunner and observer. Consequently, he took part in the first combat action between an RNZAF aircraft and the Japanese.

After a number of flights and discussions with pilots, Gabities collected a body of knowledge on tropical weather and was able to forecast with an enviable degree of accuracy. By the time he was sent home with malaria, he had been mentioned in dispatches.

Weather observations transmitted by radio were encoded to prevent the enemy taking advantage of them. However, because of their regular format, they were a favourite target for code-breakers. Accurate forecasts assisted the Allies not only to understand weather patterns, but also to break Japanese coded broadcasts, which proved crucial to the US victory at the Battle of Midway in June 1942 and the ambush of Admiral Isoroku Yamamoto—the mastermind of Pearl Harbour—when his plane was coming in to land at an airport near Bougainville in April 1943.

(In 1944, a Japanese prisoner revealed to the Australians that his forces had been successfully decoding Australian weather reports as well.)

The danger of bad weather for aircraft operations was dramatically demonstrated on the evening of January 15, 1945, when the RNZAF lost seven Corsair fighter-bombers in 20 minutes to a line of thunderstorms.

The day began with a bombing raid over Toboi, near Rabaul in Papua New Guinea. Anti-aircraft fire brought down one fighter but the pilot, Flight Lieutenant Francis Keefe, parachuted into Simpson Harbour. A good swimmer, he tried for nine hours to reach open water where he could be rescued by a Catalina flying-boat. But when wind and tide turned against him, he was driven back into the harbour.

His comrades maintained continuous cover over him during the day to prevent Japanese boats reaching him. Finally, at dusk, they had to abandon the fight and return to their base on Green Island. On the way home, they hit a line of intense thunderstorms. A lightning flash allowed one pilot to see two planes collide with each other, and three more crashed into the sea. Another plane crashed near the airport, and a seventh disappeared and was never found.

After the surrender of Rabaul, the Japanese said that Lt Keefe had been captured, but had died of his wounds.

But if the weather was a hazard, it could also be used as cover for an attack. In April 1943, an RNZAF Hudson bomber on patrol sighted a Japanese submarine. Normally the crew of the submarine would spot a plane and dive before it could be attacked. This time, the bomber approached behind a shower cloud, breaking clear of the rain only a short distance from the submarine, which it sank with depth charges and a bomb.

Another way to exploit the weather was revealed in Japanese documents captured late in the war. The light winds, high temperatures and humidity of the tropics made poisonous gas highly effective. The Japanese had already used gas against Chinese troops on the island of Formosa (Taiwan).

The best time of day to use gas, the documents argued, was at dusk, when a temperature inversion would trap it close to the ground. Once the sun rose the next day, the inversion would break down and the gas would blow away, making it safe for the attacking force to move in. Thankfully the theory was not put into practice as gas was never used against the Allies.

When the war ended, many of the temporary staff left the Meteorological Service, but a core of experienced forecasters remained to form the backbone of the postwar organisation. Knowledge gained forecasting in the Pacific enabled several New Zealanders to become leading authorities in tropical meteorology.