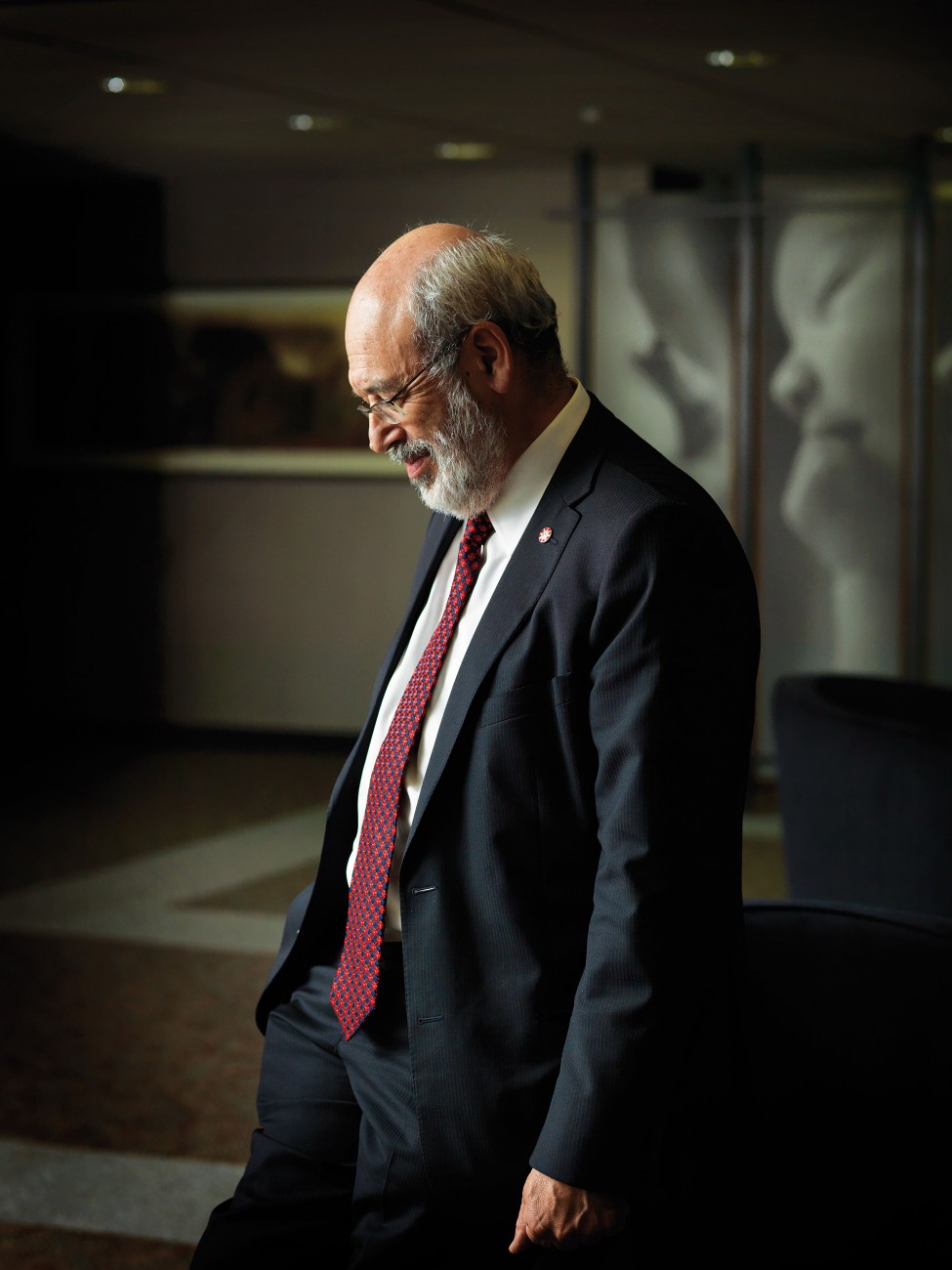 All that pounding up and down the country proclaiming the vital necessity of science to a modern nation may be to blame. One year into his job as Chief Science Advisor to the Prime Minister, Gluckman is said to have shaken new life into the sector and brought talk of collaboration between science and business to the fore.

The role is, he admits, an evolving and multifaceted one, but has at its core the elevation of scientific advice to the highest levels of the country’s decision-making process.

“There was a fairly broad consensus that science had to be brought more centrally into New Zealand’s economic, environmental and social strategy and that the country had not invested in or used the processes of science as well as it might,” he says. “There was an awareness that many people regarded science as nice to have rather than as essential to the underpinnings of a modern, ambitious country.”

No doubt mindful of barbs about the Chief Science Advisor pushing his own agenda—especially when it came to contentious issues such as climate change—Gluckman is keen to stress that policy-making is not part of his remit.

“That is the job of politicians, who have to take into account more than a rational assessment of knowledge. But if they don’t have the knowledge base right, they can’t weigh it up against other aspects such as fiscal prudence, public acceptability or their own ideologies. Without real knowledge you are making decisions on the basis of dogma, and that doesn’t advance society.”

It is critical to the integrity of the role, he says, that it should “as far as possible” remain apolitical.

If Gluckman is guilty of pushing anything, it is the need to harness the discoveries of science to lift economic performance. The harsh reality, he says, is that New Zealand has not been doing well compared with countries such as Singapore or the Nordic states. The reason is simple: they have invested heavily in research and development; we have been laggards.

“New Zealand has, effectively, got the lowest investment in R&D of any country we would care to compare ourselves with. Our combined public and private investment is 1.2 per cent [of GDP]. No other Western country is investing less than 2.5 to 3.5 per cent.”

Gluckman is fond of quoting Nobel Prize–winning chemist George Porter: “There are only two forms of science, applied science and not-yet-applied science.” The point is that every scientific advance is capable of being applied, though the process is not linear and the time-scale not always to the liking of investors or politicians.

He believes the best way forward is through international partnerships at what he calls the “intellectual discovery” stage. “Our population is a third the size of London. We can’t expect to have the entire science ecosystem. That doesn’t mean we can’t make money out of our part of the ecosystem.”

Gluckman comes across as an astute reader of the political landscape, but he brings to his government advisory role a formidable reputation in science. Following years of research in the United States and in New Zealand, where he pioneered effective therapy for brain damage at birth, in 2001 he established the Liggins Institute—an organisation internationally recognised for its groundbreaking research into the health and disease impacts of a poor start to life. A co-author of the world’s first textbook on evolutionary medicine, Gluckman heads the international Epigen Consortium, which is working in the field of developmental epigenetics, and is director of the Singapore Institute for Clinical Sciences’ growth, development and metabolism programme. He has also received recognition aplenty, including New Zealand’s highest science prize, the Rutherford Medal.

Which begs the question, has the job of Chief Science Advisor been worthwhile, given the demands it must make on his research time?

“I’ve been lucky because I am relatively late in my scientific career. I haven’t actually put my hands on test tubes for decades,” says Gluckman. The Prime Minister allocated some funds to allow his research to continue. “I’m no use as a chief scientist unless I am credible as an active scientist.”

But, does he regret it?

“No, because I am a passionate New Zealander. That is the problem. I would have been a hypocrite if I hadn’t accepted the invitation. A whinger on the side.”