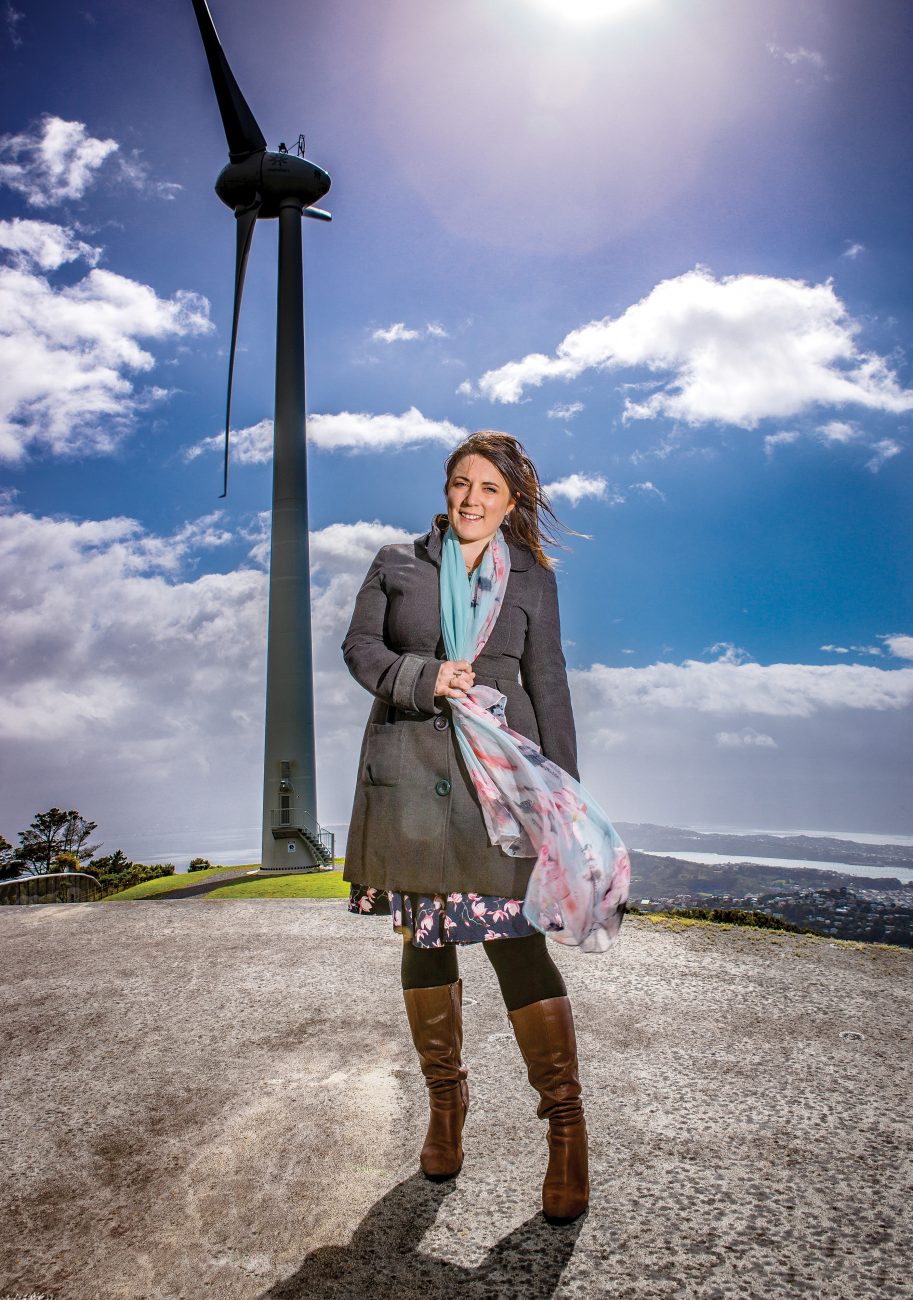 Something needed to be done, but when Lisa McLaren looked around, no one else was busy doing it. The research was clear—reduce carbon emissions or face catastrophic climate change—but there was no pathway in New Zealand towards making the first thing happen.

McLaren is part of Generation Zero—a volunteer organisation of young people who advocate for practical solutions to climate change. They knew Britain had introduced a Climate Change Act in 2008, and the country’s emissions had fallen by about 30 per cent since then. Why couldn’t New Zealand do the same thing?

McLaren and a small group of others gathered in the back room of Enigma, a cafe on Wellington’s Courtenay Place, and decided that if the government wasn’t going to draft a climate law, they’d do it themselves. They called it the Zero Carbon Act, and they launched it outside Parliament in June 2016.

“We were so excited and thought that the whole world would care,” says McLaren. “No one showed up. No media. No MPs. Just a few of our group and some of our flatmates.”

Daunted but committed, McLaren and the others drafted a policy framework, with advice from policy experts, lawyers, academics and tangata whenua. They presented it to communities up and down the country—churches, business groups, farmers. They formed an alliance of non-profits and youth parties across the political spectrum, gaining support from Young Labour, the Young Nationals, Young Greens and Young NZ First. The media started showing up. The Green Party promised to introduce a Zero Carbon Bill if it entered government.

“We had hope for the first time that maybe we wouldn’t have to be campaigning for the next decade,” says McLaren.

Meanwhile, McLaren had emerged as the movement’s national convenor—its spokesperson, explaining and defending its work. She embodies the style of leadership that Prime Minister Jacinda Ardern has since writ large: one that listens, one that finds common ground, and one that believes confrontation is neither useful nor necessary.

“It feels like we’ve been shouting back and forth at people about this for the last two decades, and it just hasn’t worked. There does need to be a more empathetic way to talk about this stuff, because this is people’s lives, it’s their communities, it’s their jobs. It will impact people in a way that’s really personal.”

‘Activist’ isn’t a word she’d use to describe herself—yet there isn’t a better term than activism for requesting the government take action on something.

“I guess I never identified what I was doing as activism; I just saw it as, ‘Here’s a problem, our group has the skills and networks and we can do something about it’,” she says. “I always identified activism as chaining yourself to something, blockading, protesting.”

Weather has always been a subject of fascination for McLaren. Growing up on a sheep and beef farm in the Wairarapa, she had plans to become a meteorologist, or perhaps a storm-chaser, pursuing tornadoes across the United States. While studying towards degrees in environmental science and anthropology, she realised climate change would be bringing extreme weather home, and she started paying attention to climate policy.

She attended two rounds of COP—the Conference of the Parties to the 1992 United Nations Framework Convention on Climate Change—the annual climate talks.

For the second of these, COP 21, she was asked to co-lead a delegation of young people attending from New Zealand. It was a turning point. She saw the Paris Agreement signed, overjoyed that action was finally being taken but horrified that it wouldn’t be enough. And she discovered she had a knack for knowing exactly what people were good at, what they could become better at, and directing them towards it.

Back in New Zealand, McLaren quit her local-government job to work on the Zero Carbon Act campaign—it’s about 15-20 hours a week, unpaid—and to undertake a PhD in disaster resilience, studying how citizen science can help communities adapt to hazards. For the campaign she manages a team of 10 volunteers, as well as helping to coordinate a wider pool of about 100 people.

In 2018, the Labour government adopted Generation Zero’s idea, and consulted on what it named the Zero Carbon Bill. It’s a funny feeling, says McLaren, to lose control of something they’d worked so hard on, not to be in charge of its next stage, even its name—even though this is exactly the outcome Generation Zero intended.

Now, she’s preparing for the next part of the campaign, the hardest one. Drafting policy is painless; implementing it is something else. She’s realistic about how great the change will have to be.

“On the face of it we need to go to war against our very way of life, and that’s a task that no one wants to take on. But there are so many positive solutions that can have health, education, and social equality co-benefits.”

The road to this is going to be longer than she’d thought.

“I thought, ‘I’ll throw myself into this for a few years, and then I’ll get back on that normal life path—perhaps a tenure towards a professorship or go into a policy role and not worry about climate change any more’,” she says. “I’ve only recently realised that this issue isn’t going away. That realisation was really, really hard. And that this is probably going to be my life’s work in some way or another.”