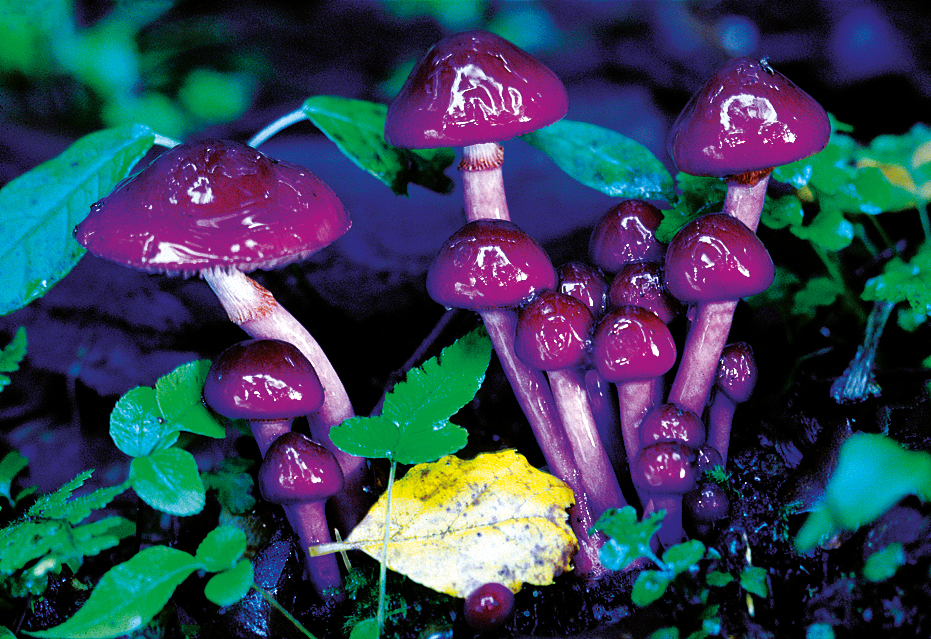 Until recently, living things were classified simply as plants or animals. Discoveries in the science of taxonomy over the last 30 years have yielded a new five-kingdom classification system: the simple unicellular Monera (bacteria and their allies) and Protoctista (protozoan-like organisms), and the more complex multicellular Animalia, Plantae and Fungi.

Fungi fit somewhere between plants and animals. Although they have some superficial resemblance to plants, fungi differ in the way in which they feed. While plants produce food from simple inorganic molecules by harnessing light energy, fungi break down complex foods into simple molecules which they absorb through their cell walls.

Some are pathogens, attacking the living cells of plants and animals. Others live off dead plant or animal tissues, performing an essential role as decomposers. Still others live in a mutually beneficial association with plants—lichens are an example.

Fungi are made up of a network of filaments called hyphae. These spread rapidly through the food source to form a tangled mass known as the mycelium. When growth con­ditions are suitable, fruiting bodies—structures specialised for the produc­tion of spores—make an often sud­den appearance. The unusual growth forms or bright colours of these fruit­ing bodies make them the only parts by which fungi can be readily identi­fied, and they form the subject of this photo essay.

My kingdom for a horse!