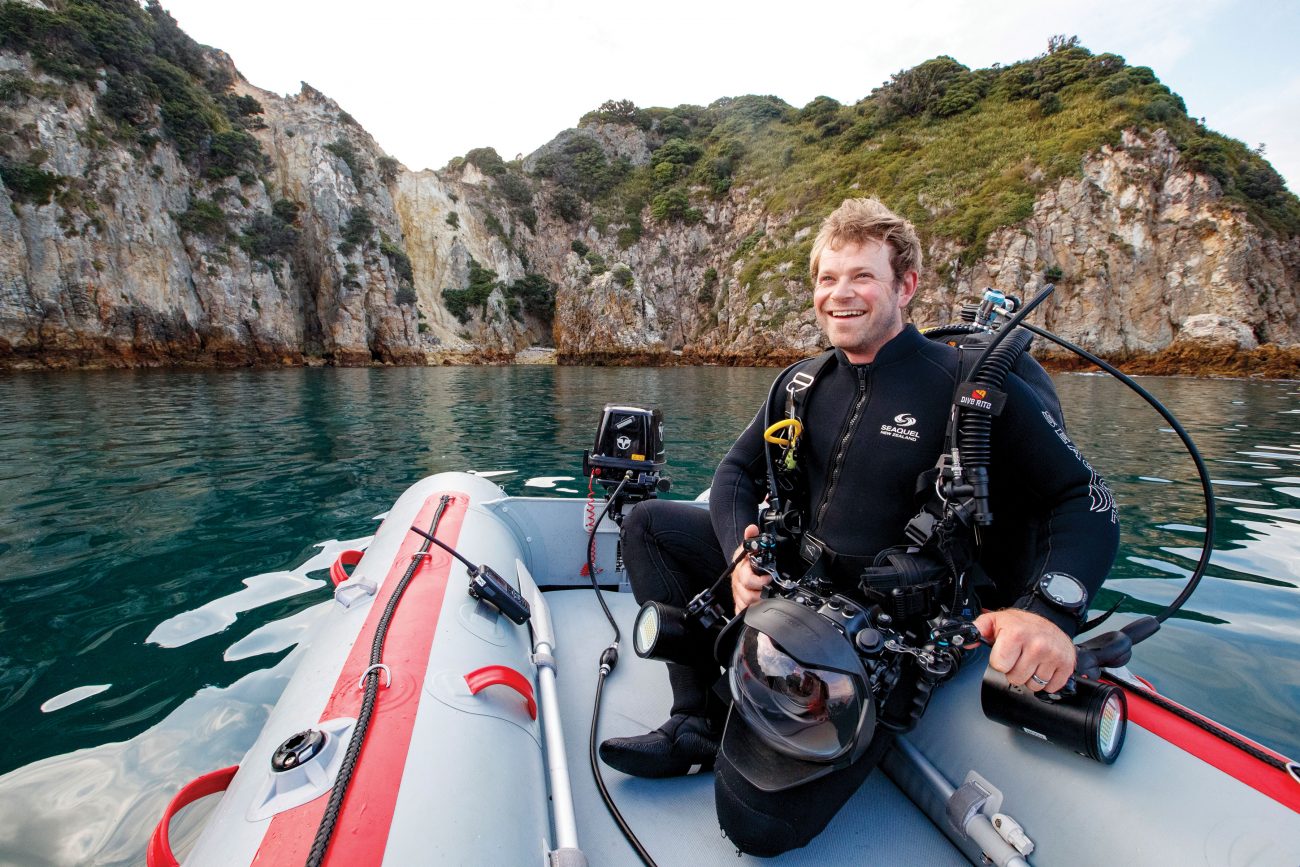 Studying the changing abundance of life on a rocky reef used to mean spending hours underwater, painstakingly recording what you could see in a one-metre square with an HB pencil on a piece of waterproof paper clipped to a slate: data on every kina, anemone, tuft of kelp, or patch of coralline algae had to be scrawled by hand, and it would take a scuba-tank’s worth of oxygen to complete 20 one-metre-square quadrants.

But a new technique adapted by New Zealand Geographic science lead Arie Spyksma has revolutionised the process. Over the past decade, scientists have begun using cameras mounted on drones to make detailed 3D maps of landscapes, such as the ruptured fault lines after the Kaikōura earthquake. Archaeologists use the same technique—called structure-from-motion photogrammetry—to generate 3D models of artefacts or excavation sites. Recently, it has been trialled underwater, on coral reefs.

Spyksma wanted to see if photogrammetry would work in New Zealand waters, too, and offer insight into the pervasive problem of kina barrens in the Hauraki Gulf.

Yachtsmen Peter Burling and Blair Tuke’s marine-focused charity, Live Ocean, funded the immediate technology costs, springing for a state-of-the-art long-baseline underwater GPS system from Norway to allow the accurate calculation of location while underwater. Nikon joined the partnership with its new ultra-sensitive mirrorless Z6 camera and an ultra-wide 14-millimetre lens, which offered high image quality in the dim light of the seafloor.

When Spyksma first tested it out in 2019 on a five-by-five-metre plot at Nordic Reef, Leigh, he could instantly see how useful the technique would be. Swimming along with his camera, it took only 15 minutes to produce a detailed 3D image of the reef.

“It’s like Google Earth for underwater,” Spyksma explains. From their desks, scientists can see the entire seafloor, or zoom in to count sea urchins—even individual spines. The GPS tags mean it’s easy to return to the same location, year after year, and compare changes in the environment.

It’s much faster, too. With the old method, sampling 20 plots every five metres along a 100-metre transect would take an hour. Using photogrammetry, the whole transect takes just five or six minutes, and there are no gaps. “It’s rapid science that still yields really good data,” Spyksma says.

And it’s not just about the data. The new technique also helps to bring the underwater world—and the arid, proliferating kina barrens—into view. “It’s really good to be able to visually highlight a problem that is so ubiquitous, but that most people have never seen,” says Spyksma. “The water surface is a pretty good barrier to these issues being front and centre, so being able to collect data but to also make it visible for the public is a really powerful combination.”