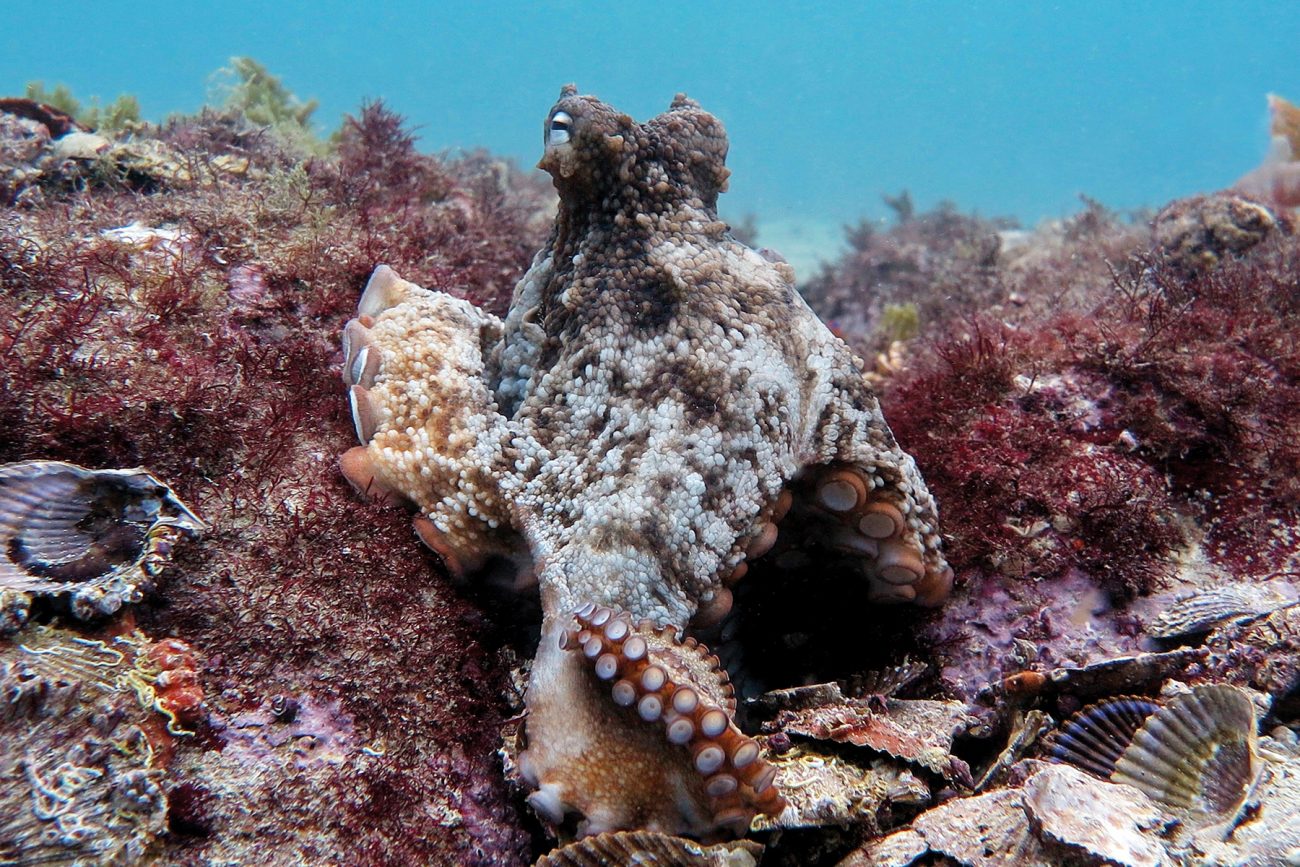 Octopuses are solitary, except for when they breed. But gloomy octopuses (Octopus tetricus) have been spotted shacking up together in a mass settlement—for the second time.

Up to 15 octopuses live within arm’s reach on rocky outcroppings in Jervis Bay on the south coast of New South Wales, in dens they have sculpted from shells and other remains of their prey. The settlement has been named Octlantis. The first one, discovered in 2009 with up to 16 octopuses and also located in Jervis Bay, was named Octopolis—and was considered an anomaly.

It’s not clear why the octopuses have decided to keep close company. Interactions filmed between them involve antagonistic colour changes, morphing, and chasing.