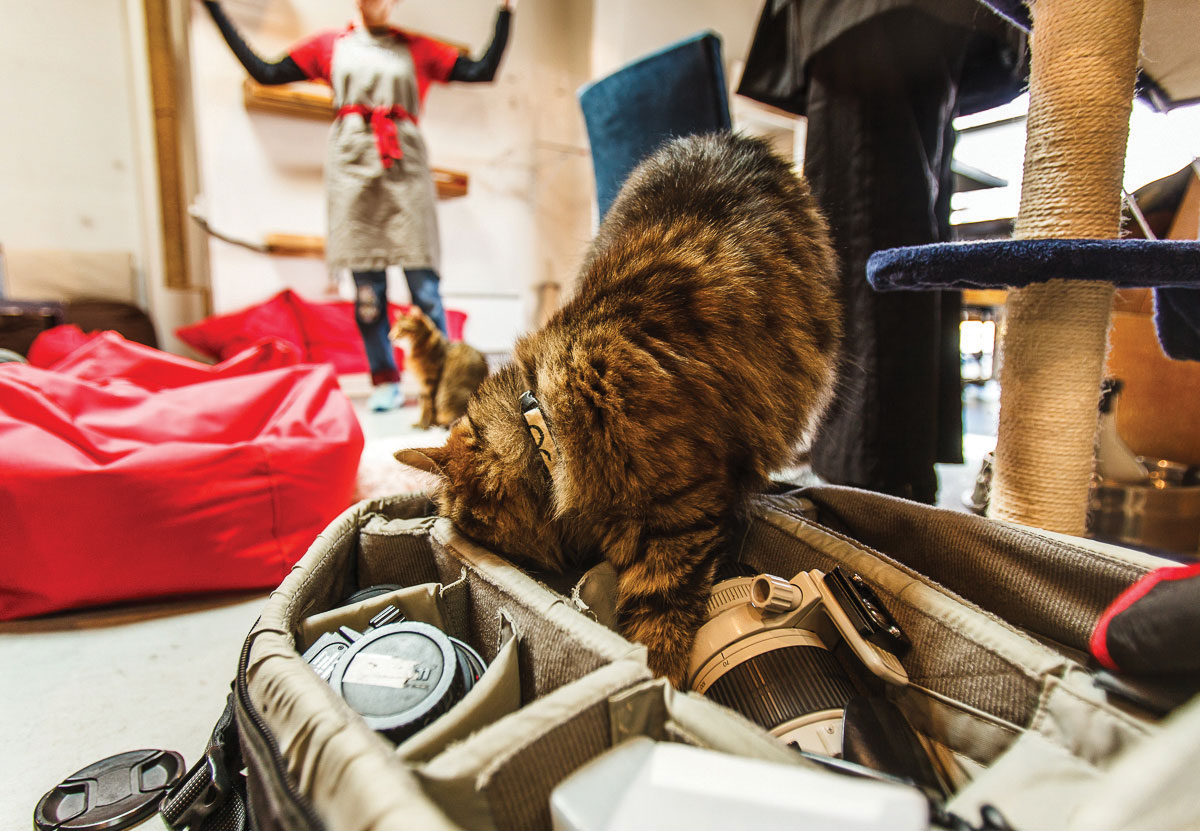 “I have cats all the time, and I don’t even know it,” says photographer Rob Suisted, looking at what the camera at one of his farm gates has captured. Felines roaming by day and by night. They don’t belong to him, or to his neighbours.

Their existence was a revelation. “If it wasn’t for the trail cam I would have no idea of all these cats roaming over my land,” he says.

At first, cats seemed like an easy assignment. Cats are everywhere. Almost half of all households in the country have a cat. But that doesn’t make them easy to photograph. Pulling out a lens and pointing it, says Suisted, makes a feline uncomfortable.

Suisted spent an afternoon in the lounge of Auckland cat owners Mikey Brenndorfer and Romelli Graciela, waiting for any one of their four indoor cats to come out from under the bed. He visited a cat cafe and a rest home, where cats play a therapeutic role.

It was easier to photograph bats, concludes Suisted, referring to the story that used to be at the top of his list of most difficult New Zealand Geographic assignments. Bats—tiny, fast, nocturnal, unpredictable. Still, they’re easier than cats. Bats don’t play power games with the photographer.

Covering cats was also a challenging story thematically, with Suisted tasked with capturing the conflict and contradictions of cat ownership—to document the benefits of feline companionship as well as the harm they cause. Most of the people in this story advocating for stricter cat rules are cat owners themselves. They envisage a world where a New Zealander can love cats and birds without their preferences causing a moral contradiction.

It’s all very well, says Suisted, but he remains firmly a dog person.