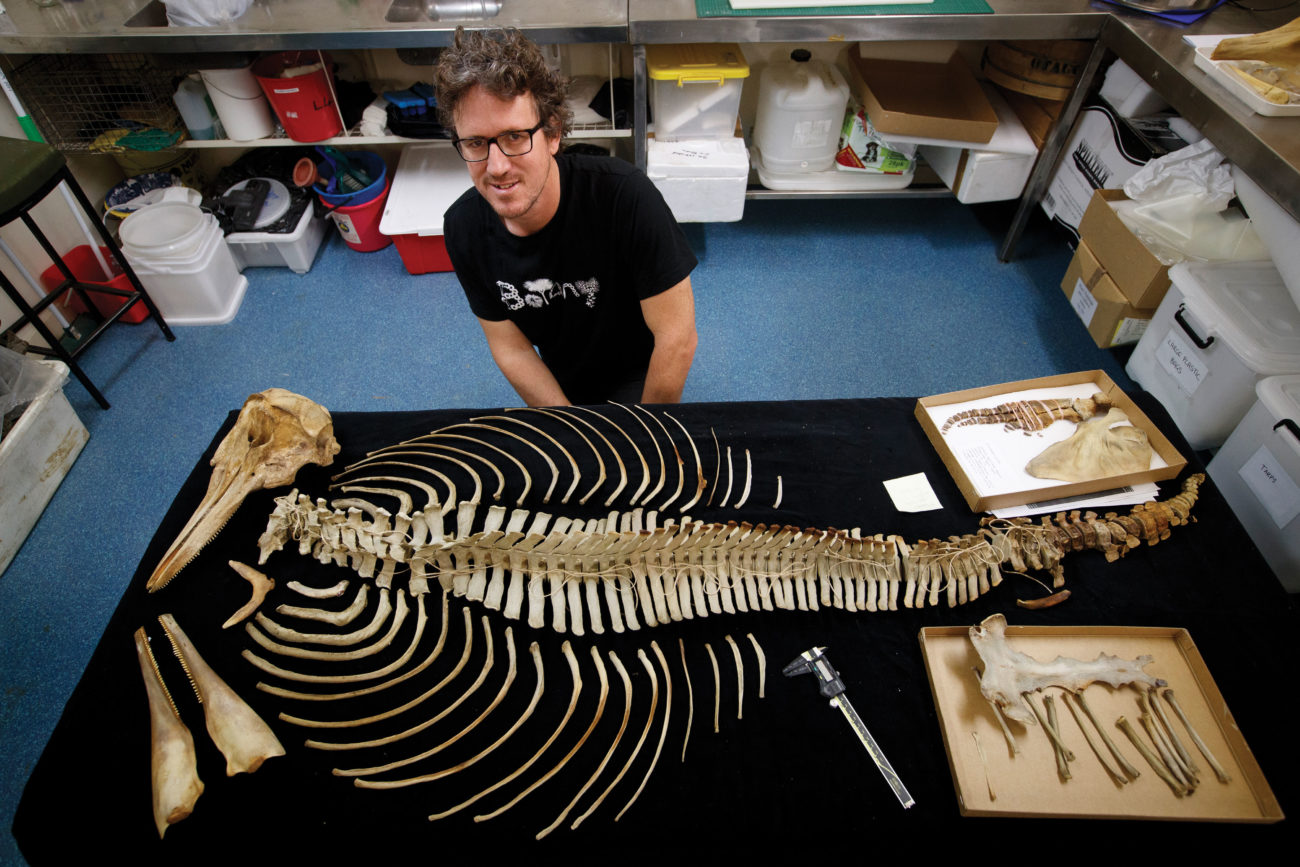 “Bones are a product of death,” says journalist Bill Morris, “but skeletons have this amazing life beyond that.”

As a child, Morris was awestruck by the skeleton of a blue whale on display in Canterbury Museum. The feeling stirred again during a conversation about bone articulation with his friend Sophie White, who appears in this issue’s feature.

Bones are the frame that life leaves behind, he says, but they are more than objects. “The story was not just about the science and biology, there’s a cultural side to it. Bones have meaning for people.”

Bone people fall into two camps—the preparators and the articulators, and there are few of either in New Zealand. Judith Streat is the only one doing both.

“The three key people in the story are all women from the South Island,” says Morris. “And they’re all connected by a unique set of traits—very inquisitive, intelligent, highly skilled and with a connection to the cultural side of bone preparation. It’s a very small club.”

Neither is it work for the faint of heart. “There’s a lot of blood and stinking bone, a lot of manual labour. These people balance this physicality with the intellectual skills. How are they going to move these enormous bones from one place to another? And what was the biology of this creature, its cultural meaning? How did it move and how do we present it in a way that makes sense and makes it look alive? I think they just have to have very big brains to squeeze all this stuff in.”

Morris is already gearing up for his next New Zealand Geographic feature on invertebrates. From bones to a world of creatures that have no bones at all. “That’s the great thing about telling stories of the natural world,” he says. “One minute you’re reporting on an animal that weighs 50 tonnes, the next it’s a critter that you need a microscope to see.”