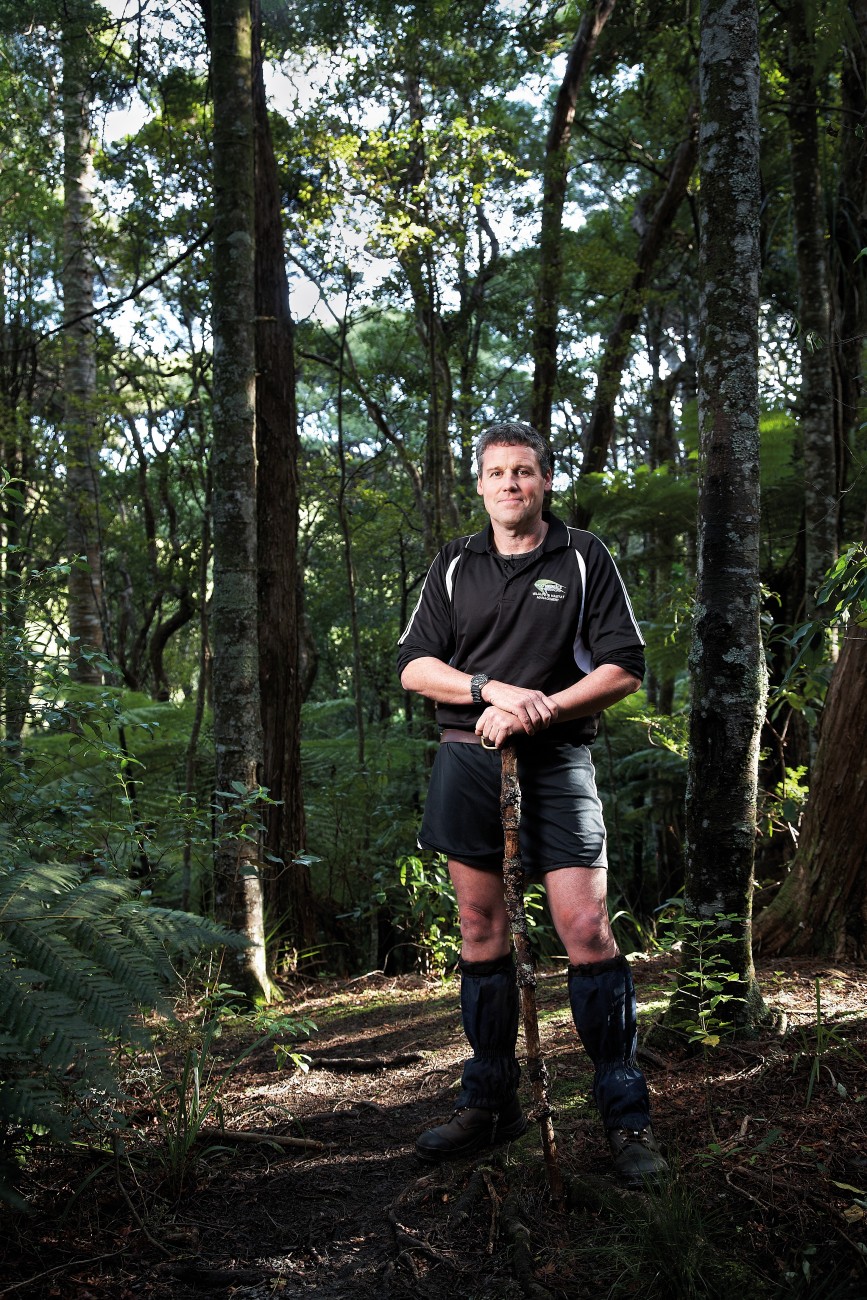 Steve Sawyer is something of a seabird evangelist. The endangered species recovery specialist and former Department of Conservation biodiversity ranger has worked with a who’s who of threatened New Zealand species, including the Chatham Island black robin, North Island brown kiwi, tuatara, blue duck, kakapo, kokako and weka.

Seabirds occupy a special place in Sawyer’s pantheon, though, and between paperwork at the American consulate in Auckland to finalise working in Hawaii (of which more shortly) and a return flight to his home in Gisborne, he finds time to explain why.

“Aotearoa is the largest seabird archipelago in the world, and at one time it was home to vast numbers of shearwaters, gannets, petrels, prions and shags,” he says.

“As a result, a huge volume of guano was deposited on the land each night. It fertilised the native forests, provided nutrients for weta and other invertebrates, and the birds’ burrows became habitats for tuatara.”

The effect was not limited just to coastal areas, says Sawyer. It extended as far as the central North Island and the inland Kaikoura Ranges of the South Island.

Now, after centuries of human habitation and any amount of stock grazing, the country has developed an alien landscape, though until recently even New Zealand’s farmland benefited from nature’s topdressing.

“That is why one of my main focuses has been on restoring seabirds.”

The way in which Sawyer goes about his work has turned a few ornithological heads. Installing a solar-powered sound system on the white cliffs of Young Nick’s Head Peninsula, populating what had been rank grassland with fibreglass gannet decoys—some on seaweed ‘nests’—then liberally splashing the ground with ‘guano’ in the form of white acrylic paint seemed acts of desperation.  Attempts to establish colonies in this way had been made in North America, the British Isles, South Africa and Tasmania since the 1980s. All had failed.

But when, from inside a predator-proof fence on the peninsula, the sound of a raucous gannet colony first issued from the speakers in September 2008, it took a mere ten minutes for the first curious gannet visitor to swoop overhead. By February 2011, as many as 150 birds were counted at the site, including 14 large chicks. Te Kuri a Paoa had become the country’s newest gannet colony.

It helped, says Sawyer, that Cape Kidnappers, 250 km to the south, had by then begun to overflow. American seabird conservation authority Steve Kress had no hesitation in recognising Sawyer’s achievement, however. It was, he declared, a world first.

Not Sawyer’s first ‘first’, either. In November 2005, for example, his company Ecoworks NZ had performed a similar sleight-of-hand at the site, installing artificial burrows and playing recordings of petrels and shearwaters to deceive another unsuspecting species. Three years later, grey-faced petrel (titi) chicks were seen there—the first recorded there in almost 80 years. Local iwi Ngai Tamanuhiri once harvested the birds, known to Pakeha as the northern mutton bird.

“One of the descendants, Major Pohatu, told me how, as a boy, he gathered titi with his grandfather,” Sawyer says. “He was quite moved when the birds returned.”

Sawyer, who went on to undertake the country’s first inland relocation of petrels, also thought outside the square when it came to catching kiwi for conservation programmes. He got a kiwi’s attention in the bush by imitating the species’ call with a shepherd’s whistle, then sent in his border collie, Tui, to muster the feisty bird.

“She’s the only dog in New Zealand that tracks and heads great spotted kiwi. We work through the night until five or six in the morning. It is challenging, but awesome fun.”

The double act has seen them in demand as far away as Westport.

It was Tui that brought Sawyer to the consulate in Auckland. He needed clearance to take her to Hawaii where, in company with Jo Sim and her labrador, Maddie—“one of the very few dogs trained to find seabirds”—they were to look for the endangered Hawaiian petrel.

Before that, though, Sawyer was heading to Fiji, to check on another project—the search for one of the world’s rarest and most elusive birds, the Fiji petrel (Pseudobulweria macgillivrayi). The dark-brown seabird was known from a single specimen, collected on Fiji’s Gau Island in 1855. The petrel then disappeared for almost 130 years, until it was rediscovered on Gau in 1984.

Sporadic sightings followed. It was last seen in 2009, hovering over a charter boat. Now a concerted effort is being made to find the critically endangered petrel in its natural habitat before predatory rats, pigs, land crabs and feral cats hunt it to oblivion. Sawyer has supplied two wildlife detector dogs for the project and is making a brief appearance to ensure that the search teams are following correct procedure.

Before he leaves New Zealand, news comes through that the dogs have already found the burrow of a nesting collared petrel—a closely related species. This demonstration of tracking prowess is the best possible start to Sawyer’s latest effort to wind back the clock of extinction.