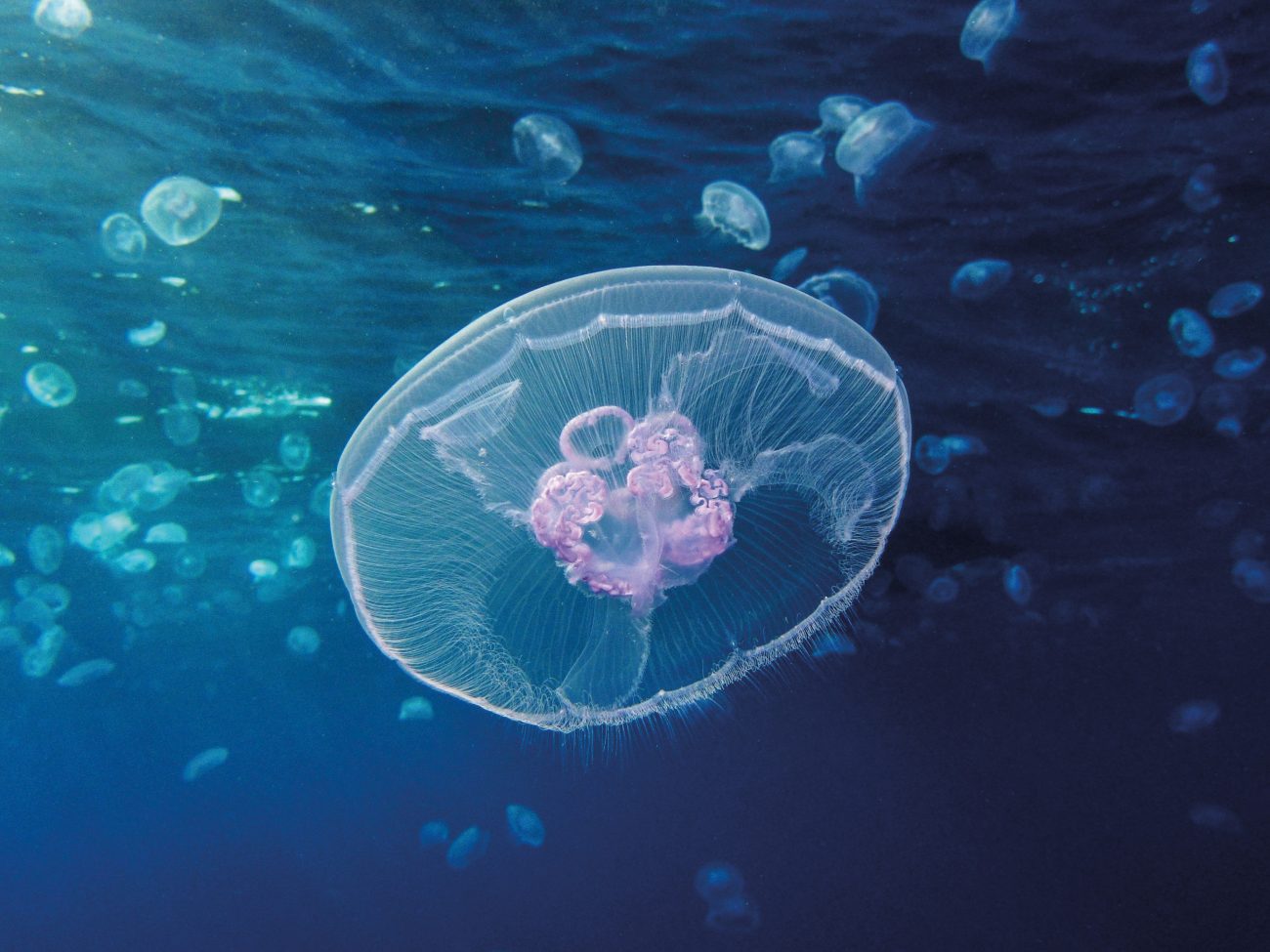 Murky water puts fish at a disadvantage because of the way they feed, suggest researchers from Denmark’s National Institute of Aquatic Resources. While fish are visual feeders, jellyfish are tactile—the prey has to come into contact with the tentacles. So when turbidity increases, jellyfish have an advantage, and their population explodes.

Most other studies on the causes of jellyfish blooms have been on a local scale, and have suggested pressures such as overfishing of fish, nutrient run-off, murkiness, changing oxygen availability, changes in sediments and alien species. But the Danish researchers found that murkiness from phytoplankton and run-off is the primary factor that leads to a jellyfish outbreak.

“There are a lot of other effects which can benefit jellyfish locally,” says lead author Nicolas Schnedler-Meyer. “But this is one that should apply in any area, because the feeding modes of fish and jellyfish are very fundamental to those groups.”