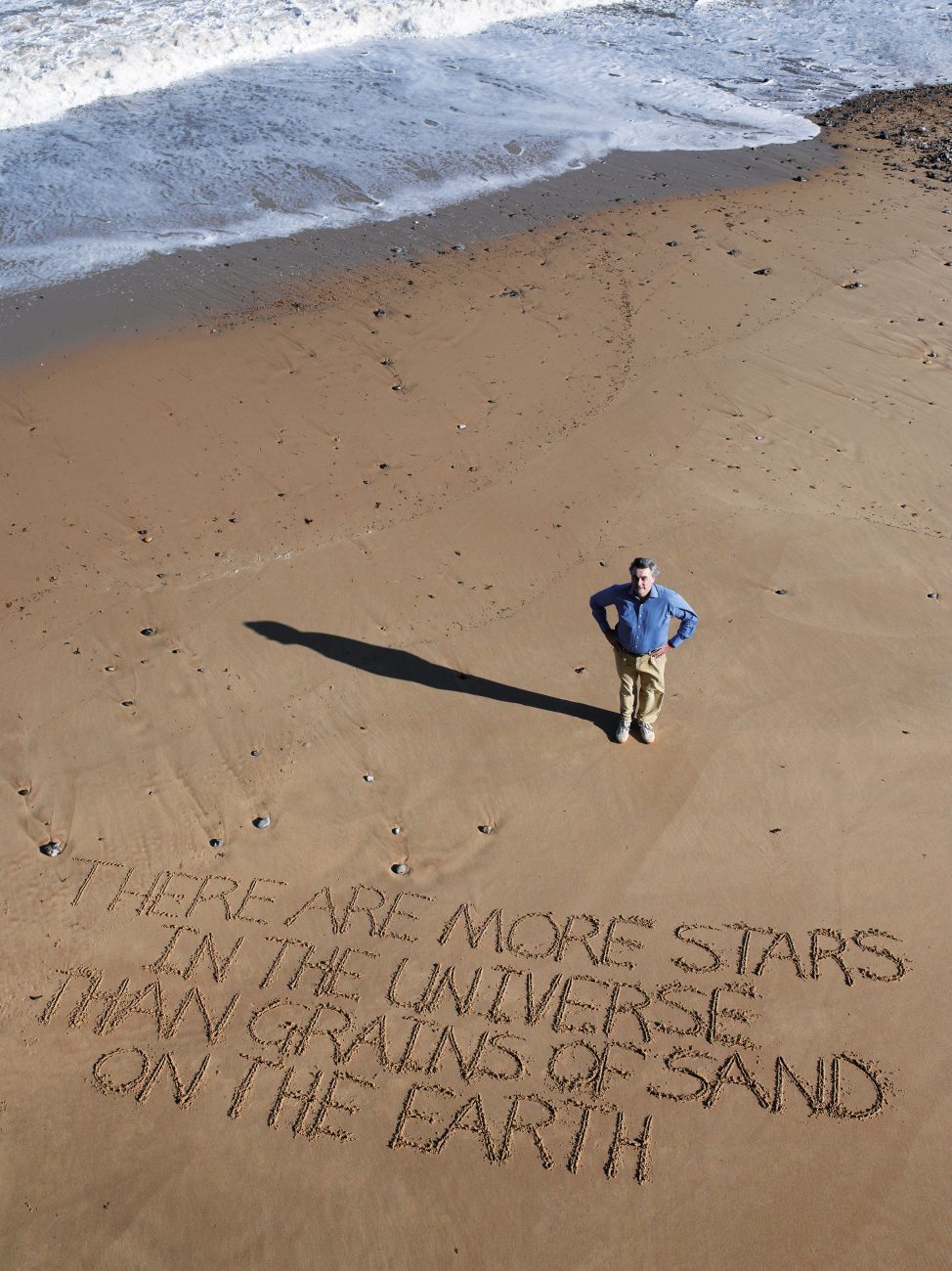 There’s a delightful symmetry to how Gerry Gilmore became one of the world’s pre-eminent experimental astrophysicists. The path of his professional life was a consequence—as it was with the Big Bang—of a singular, momentous misfire. Despite excelling at languages in secondary school, the New Zealand education system instead streamed him into sciences. “So I went off to university by default,” says Gilmore, “not having really thought about it, and just carried on doing the physical sciences.”

He may have worked in the United Kingdom for the past 34 years, but Gilmore has not lost his native Kiwi bent for understatement.“It turned out I was rather good at physics, so they put me in an honours class,” he says.

After graduating in 1979 (the first Canterbury University student to receive a doctorate in astronomy), Gilmore received a surprise call from the department head inviting him to use the Mt John Observatory the department had access to but had never used. So Gilmore’s stellar career was born by accident, rather than motivation. “And it turned out I rather enjoyed it,” he says. “It was a good lark; still is.”

Born in Timaru in 1951, Gilmore grew up on a poultry farm in what was then the rural fringe of Christchurch. Even then, he had the abiding curiosity that drives him still as professor of experimental philosophy at Cambridge University and a fellow of the Royal Society.

“I weigh galaxies for a living,” he says, understating the mind-bending mathematics involved in quantifying all the matter in, for example, the Milky Way, our galaxy. He may be best known for his discovery of the Galactic Thick Disc—the superficial structure of the Milky Way, which Gilmore proposed as a discrete entity of older stars. But his CV is a chronologue of firsts—maps, models, analyses, quantifications—that have made him one of the most-cited researchers in astronomy, won him a list of awards and secured him that “most prestigious of post codes”, Cambridge.

And what occupies much of that thought, for Gilmore at least, is dark matter—a molecular phantom that torments some of the best brains in cosmology. The suspicion is that whatever it is, wherever it is, it’s stopping the Milky Way from flying apart. Gilmore knows something about this, because he’s weighed the local universe, and “it weighs a heck of a lot more than it should, compared to the weight of bits that we can see in it”.

That extra flab, he suspects, comes from the black bits between stars. “The key thing to remember is that everything we see, everything we’re made of, everything we can study in the universe, is essentially irrelevant. It’s a little bit of froth on the coffee cup. The real fundamental coffee in the cup underneath is dark matter. We haven’t got a clue what that is, but we’re just noise compared to that signal. We don’t know what reality is.”

Gilmore is the United Kingdom’s principal investigator on the billion-euro Gaia project, a space observatory due for launch in November this year. By building a precise three-dimensional map and profile of stars in the Milky Way, Gaia will hopefully answer questions such as, When did those stars form? How, and when, did they coalesce into the Milky Way? And the kicker: How is dark matter arrayed in our galaxy?

As far as Gilmore’s concerned, he’s just continuing a long line of questioning.

“Everyone gazes up at the heavens and wonders what it’s all about, no more for me than for anybody else. Every culture known to man has myths and stories that explain the stars or the sky. Every single one. It’s just innate.”