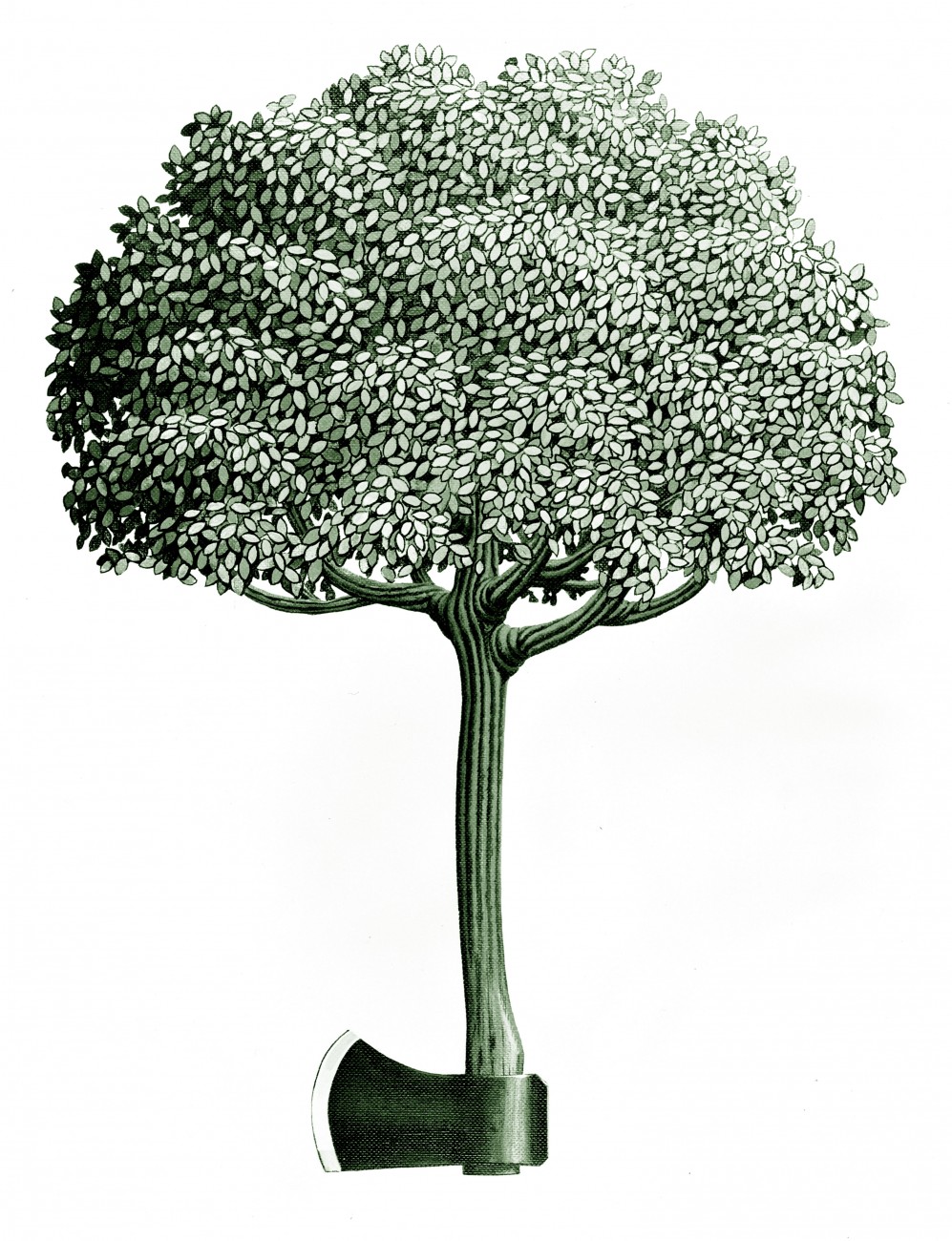 We must talk with them because we are apt to forget they are living beings. We think of them as timber sources and landscape features. Or as obstructions that stand in the way of a subdivision or block the kilometre-wide sweep of a centre-pivot irrigator… if we think of them at all.

Despite this having been once a country of forests, there is no tree on the New Zealand coat of arms. There are a couple of fern fronds, but a cartoon Maori warrior and Pakeha woman are standing on them, like a mat (which is not a bad metaphor for how native vegetation has been treated in the past 150 years).

Aotearoa was a land of giant trees as much as it was of giant birds. In both cases­ kauri and moa they were among the largest ever known. In the north, there is a story that the kauri tree has an oceanic twin, the sperm whale. It is an intriguing link, drawing on the fact that both produce resin ambergris in the sperm whale and the skin of both flakes off in thick slabs. And the size, of course. Imagine you’d stepped off a waka after crossing the Pacific, serenaded by singing whales, and were confronted with a six- or seven-metre-diameter kauri trunk. What would come to mind?

Kauri are the rangatira tree of the north, but south of their natural range (which cuts off around the latitude of Raglan), that chiefly role is taken up by totara. During my travels for the forests story in this issue, I visited one of the rakau rangatira of Pureora State Forest. It has a name the Pouakani totara sign­posted on the main road.

I parked and took the 20-minute walk to the tree, on a track that weaved through agreeably dense bush. Halfway along, I paused beside a fallen totara log to inspect a pile of wine-red shavings, the work of chewing insects and other agents of decay, rendering the trunk into nurture for life underground. About the time I thought I must be close, I glanced to the right of the track and thought for a moment I was seeing an outcrop of rock. Then my knees went weak and something buckled within me.

According to Greek history, the Persian king Xerxes the Great once saw a majestic plane tree during the course of a military march. He halted his army and ordered that they set up camp around the tree so that he could admire it. The historian Aelian recorded that Xerxes “attached to it expensive orna­ments, paying homage to the branches with necklaces and bracelets. He left a caretaker for it, like a guard to provide security, as if it were a woman he loved.”

That is how you respond to a chiefly tree!

I walked around a fence that had been erected to protect the totara and looked up into its plant-drenched canopy. This tree began its life 1800 years ago, around the time that Taupo erupted and flattened the central North Island. This tree precedes all human life in Aotearoa.

Yet totara is the timber that Europeans dignified by turning it into window sashes, doorstops, foundation piles and fenceposts. From today’s perspective, it seems as lamentable as using Chateau Lafite in a stir-fry. How the Pouakani totara escaped the chainsaw, I do not know. But had protesters not taken to the Pureora treetops in 1978, all this would surely be gone.

The illustrious ornithologist Charles Fleming said New Zealand’s podocarp remnants are this nation’s Gothic cathedrals, and standing in the presence of a tree like the Pouakani totara is an inescapably numinous experience.

The ancients understood this. Pliny the Elder wrote:

“As much as we adore the statues of the gods, with their brilliant gold and ivory, we revere the forests, and the silences within them.”

In Maori understanding, trees are part of the human family tree: they are our elder siblings. Tane, they say, made trees before making humans a story not dissimilar to the first chapter of Genesis, or to the unravelling of the human genome, which shows we share a third of our genes with oak trees.

It is said you can’t know who you are until you know where you are. Kentucky farmer and essayist Wendell Berry wrote: “Until we understand what the land is, we are at odds with everything we touch. And to come to that understanding…we have to re-enter the woods.”

We must talk again with trees.