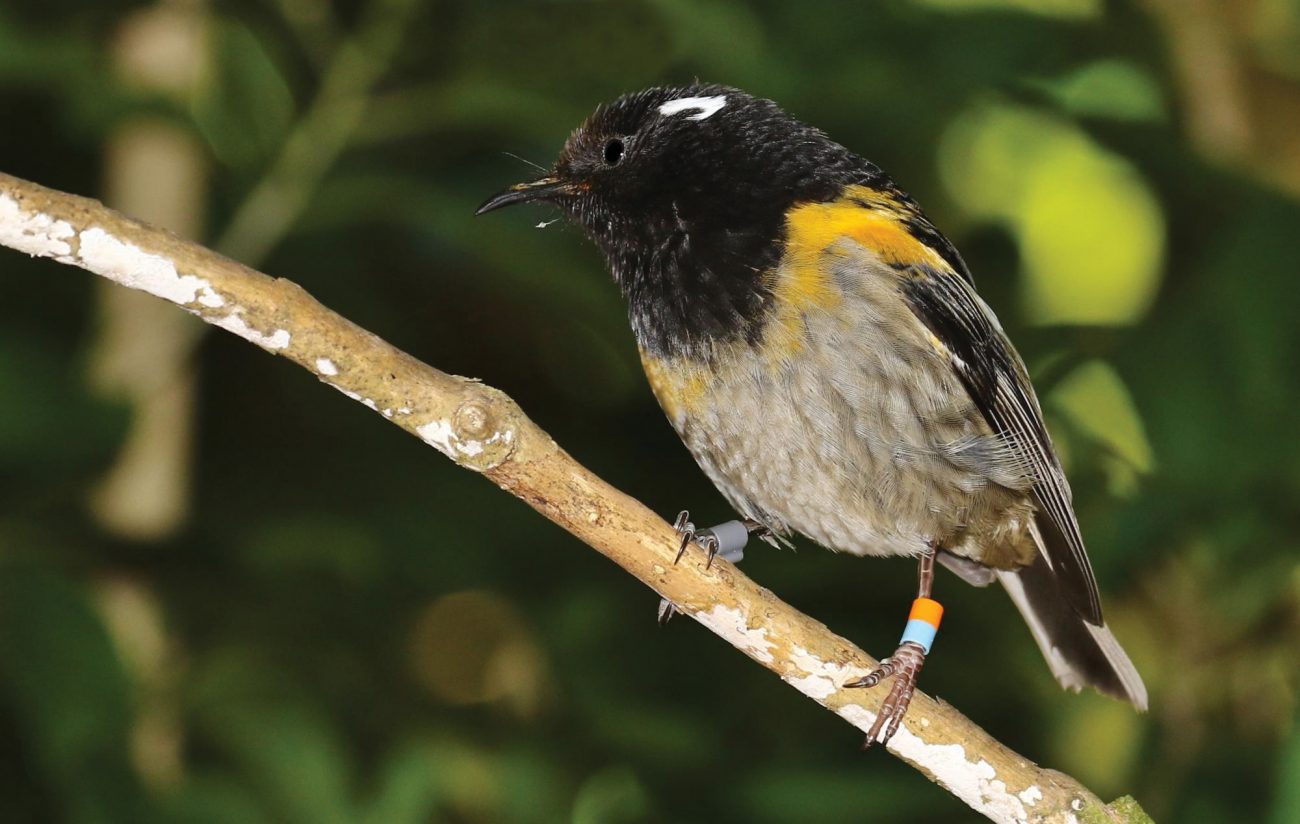 A happy hihi, or stitchbird, has a call that sounds like two marbles clacking together. Using sound-recording devices, researchers listened to hihi calls in Rotokare Scenic Reserve in Taranaki to determine whether the reintroduction of the birds to the area was successful.

“By recording and listening to the hihi calls, we were able to figure out how the birds were using the area they’d been reintroduced to,” says PhD candidate Oliver Metcalf, from a Zoological Society of London research team. “Using the calls, we found the birds moved from an initial exploration phase around the habitat, to a settlement phase—meaning the birds had established their own territories.”

It’s hoped that auditory monitoring may replace more-invasive radio tracking for some species. Since 2004, six new populations of hihi have been established across their former range.