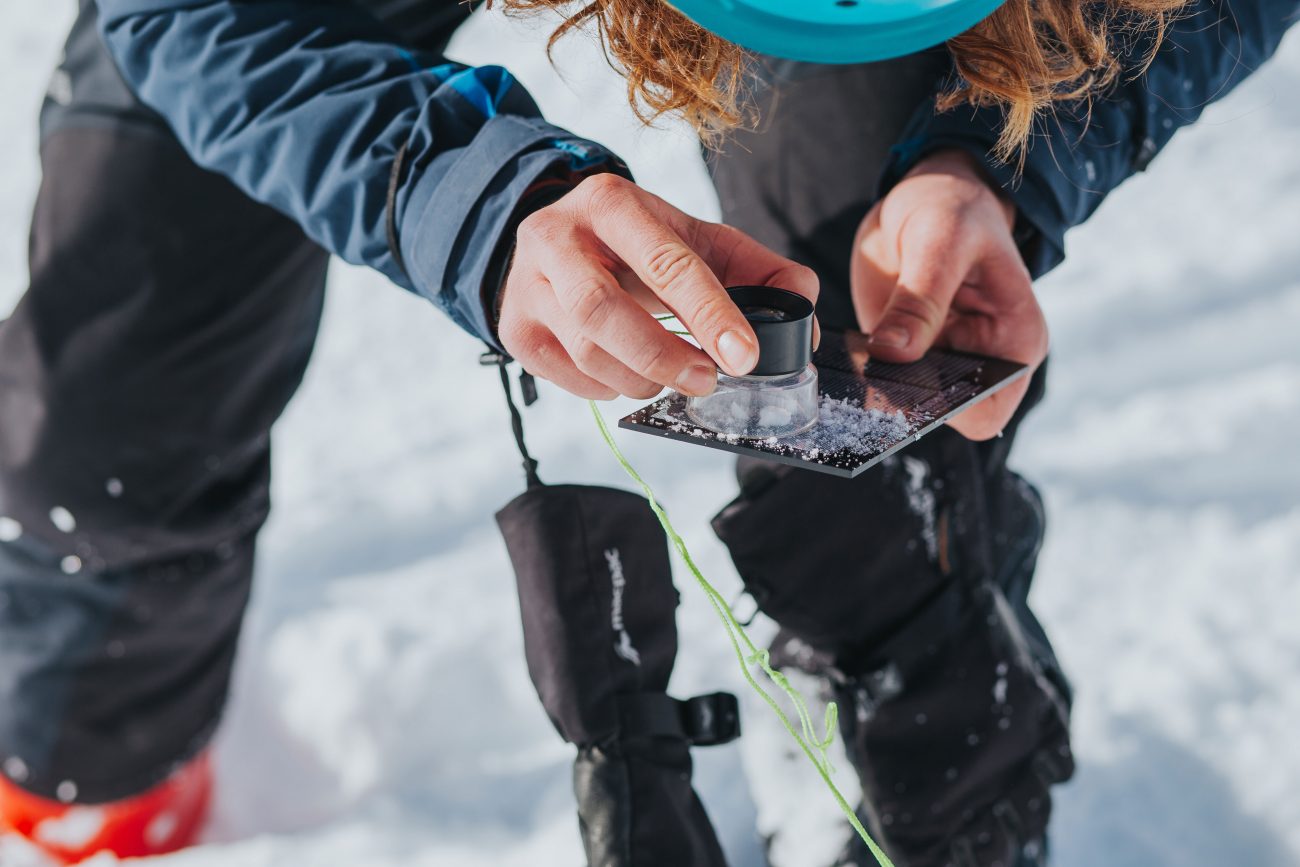 Peter Bilous has lived in Wānaka for over 30 years (“I’m American by birth, but Kiwi by choice”), his sons are both world-class snowsports athletes and he still goes overseas in the New Zealand summer to work as a heli-ski guide. He loves the snow but, as the head of Otago Polytechnic’s avalanche safety programme, he also knows better than most how dangerous it can be.

“If you want to spend a lifetime in the mountains, you want that to be a long time, not a short time. So why wouldn’t you learn to do things to the highest level? That’s a guiding principle of mine and I think a lot of people get that.”

Bilous started working on the avalanche programme in 1999 and has been running it since 2006. It was started in the early 80s by Dave McNulty, a ski guide from Mt Cook who had a keen interest in avalanches, and the course is still modelled on the world-renowned Canadian programme.

In New Zealand, many people take multi-day recreational avalanche safety courses to get the basics, but professional courses like the ones Bilous runs are required for anyone who wants to be a certified mountain or ski guide and for some other senior roles in the ski industry. DOC also manages avalanche risks for their staff and the public on some tracks, while the Milford (Road) Alliance looks after similar concerns on a much larger scale and requires people with extensive experience. 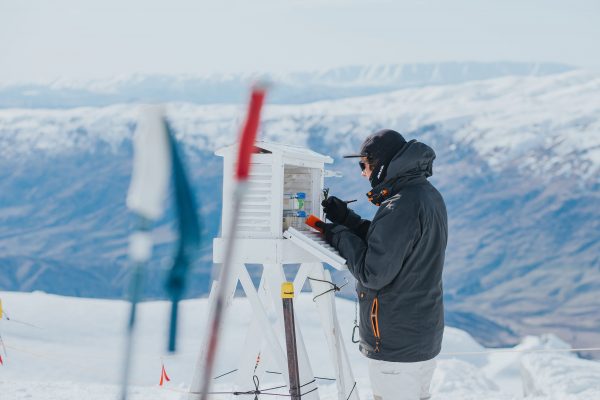 The Level 5 avalanche risk management course is a 12-week programme, with 10 weeks of online learning, weekly assignments, one week in Wānaka at Treble Cone and Cardrona to put all the theory into practice and “a week of reflection after that to absorb it all”.

Bilous says they had a record number of students in 2022, with five intakes between April and July adding up to nearly 100 people. He says spending a week in Wānaka in the snow is one of the most appealing aspects and some students base themselves there for the duration of the course.

“Some are keen to be part of the mountain culture and love being based in Wānaka. It’s a great excuse to ski bum,” he says. “You need the certificate for some jobs, so why not do it here? I’ve got people doing the courses in Australia and further afield who plan to be here for the practical week.”

The Level 6 course is for those who want to work as mountain or ski guides, supervisors in snow safety, ski patrol directors, or avalanche control route leaders (utilising explosives, closures and/or ski-cutting).

A growing number of students are not focused on work, however. They’re focused on staying safe.

“There are a lot of people who backcountry ski now and it seems to be growing as the crowds get bigger at the ski fields. Those who have done the four day recreational courses want more. They’re hungry for further education and a lot of people do it for their own knowledge, and their desire for safety, rather than a desire for a career.”

Whether the students are there because they want to work in the mountains or stay alive in the mountains, they often tell Bilous the best part of the course is being able to learn outdoors.

“I see this time and time again. We break the theory up into smaller, more digestible parts, and then, as we get them out in the snow, all the pieces of that puzzle come together. It’s a lightbulb moment and it’s a wonderful thing. The value of that is hard to describe; it goes beyond getting paid to do the job. Likewise, running into those students decades later and seeing what they’re doing is another great part of teaching.” 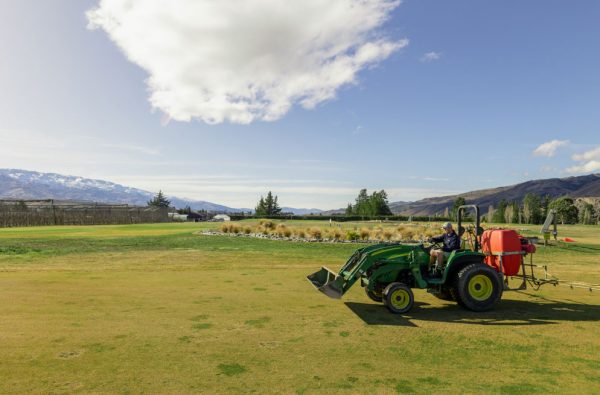 When people think about sports turf management, “what often comes to mind is someone sitting on a mower, Forrest Gumpish in their work,” says John Prunnell, head of the Sports Turf Management course at Otago Polytechnic’s Cromwell campus. “They think it’s pretty one dimensional, but it actually requires a very broad range of skills and knowledge.”

It’s a bit like making wine, he says, because you’re dealing with a natural, unpredictable substance and trying to create something beautiful out of it. And because the weather is different everywhere you go, no preparation is ever the same.

“It’s half art, half science,” he says. “It’s a very unique area of study. We roughly come under the horticulture umbrella, in that we are growing something, but we’re very different to agriculture or horticulture because we’re not actually looking for a yield.”

If you’re a business that’s charging handsomely for a round of golf, or hosting the world’s best cricket players at your venue, however, there is an expectation that the conditions will be perfect and the 18-month course aims to teach students how to achieve that.

The theory is important, he says, but students also learn by doing and get a day each week of work experience at Central Otago golf courses, event centres or sports grounds. “They get to choose the area they want to work towards and see if it’s for them.”

Over summer, students go on a long-term work placement at their chosen venue.

“I like to really base that on the individual’s need, whether it’s working at an elite golf club like Millbrook that has over 30 staff, or at a smaller club environment with a much smaller staff count. It’s a totally different dynamic.”

While there is some sitting on mowers, “there is a full shed of really good equipment and, unlike ripping up a field on the farm with a tractor, there is a lot of precision required,” he says.

Prunnell says the face-to-face course is unique in New Zealand and the only other way to get the qualification is through an apprenticeship, which takes three and a half years. But he says they’re quite hard to come by these days due to compliance, health and safety and management requirements. 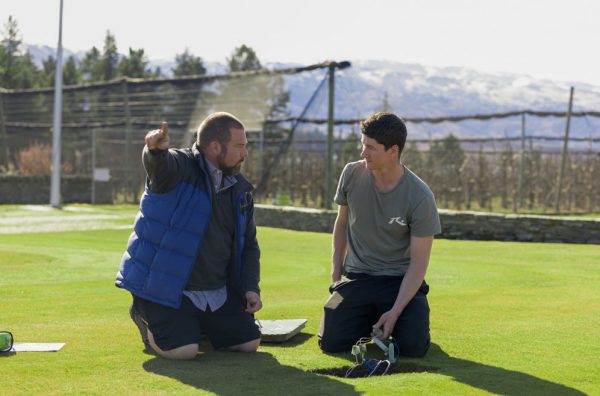 While most of the students have a love of sports, most of the events that major stadia host are not sports events. One event could be a Crusty Demons motorbike show that requires tonnes of dirt to be trucked in, and the next could be a rugby game that needs to be played on perfect grass.

“Stadia want participation and usage and that often requires a lot of ingenuity, planning and event management skills to ensure everything goes in and out very efficiently. There’s also a lot of science with matting. That’s an extraordinary area of expertise which we as an industry have developed.”

Prunnell says there is also an increasing focus on limiting the environmental impacts of the industry. On their placement, students submit a report on how their venues reduce water use, nitrate runoff and chemical use.

“The UK and Europe have banned a huge number of chemicals that have traditionally been used in our industry, so the best practice is using no chemicals, or only the safest ones,” he says. “Rather than throwing a blunt instrument at it, we favour trying to use products that encourage better soil health, so it’s more of a regenerative model. The key to everything we do is our soil. The more knowledge and experience we have around getting those micro-organisms working in our favour to work against those bad pathogens, the better.”

Prunnell says one thing students tend to say about the course is that they put so much of the learning into practice when they’re on their placements. “Things really make sense. They move quite quickly through the industry because they’re work-ready and 70 per cent of them get taken on full-time when they’re on that summer placement, so it’s a really good pathway.”

And those who graduate also have plenty of overseas employment opportunities.

“Our turf people and groundstaff are regarded very highly and seen as problem solvers,” says Prunnell, who has worked on golf courses, first class cricket grounds and at various stadia around the country.

He says the lifestyle is a big factor and students love the fact that they get to work outdoors. “There is a real satisfaction in creating an environment using live organisms. That’s really cool.”

Te Pūkenga, New Zealand Institute of Skills and Technology, was established in 2020 as one of seven key changes of the Reform of Vocational Education. Te Pūkenga is bringing together a national network of integrated learning that supports learners, employers and communities to gain the skills, knowledge, and capabilities Aotearoa needs now and for the future. 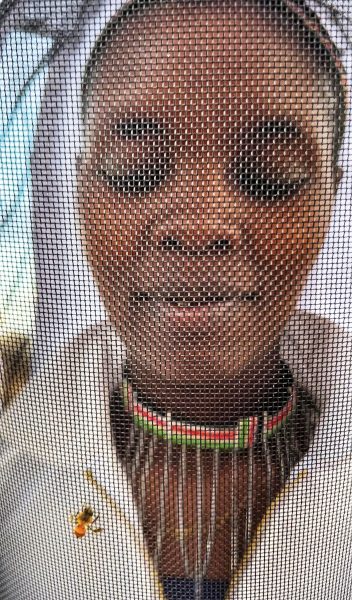 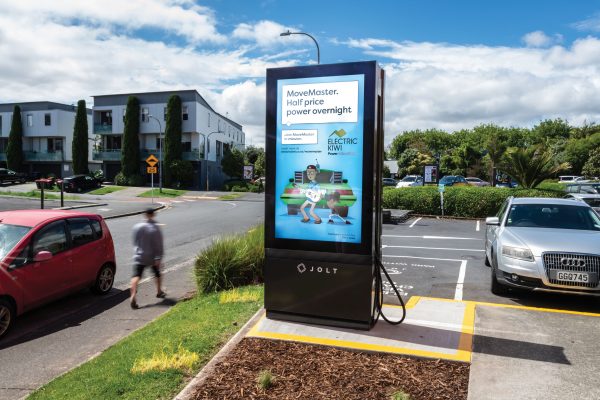 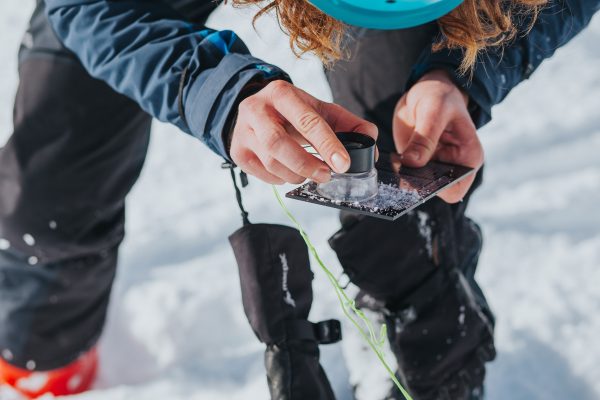