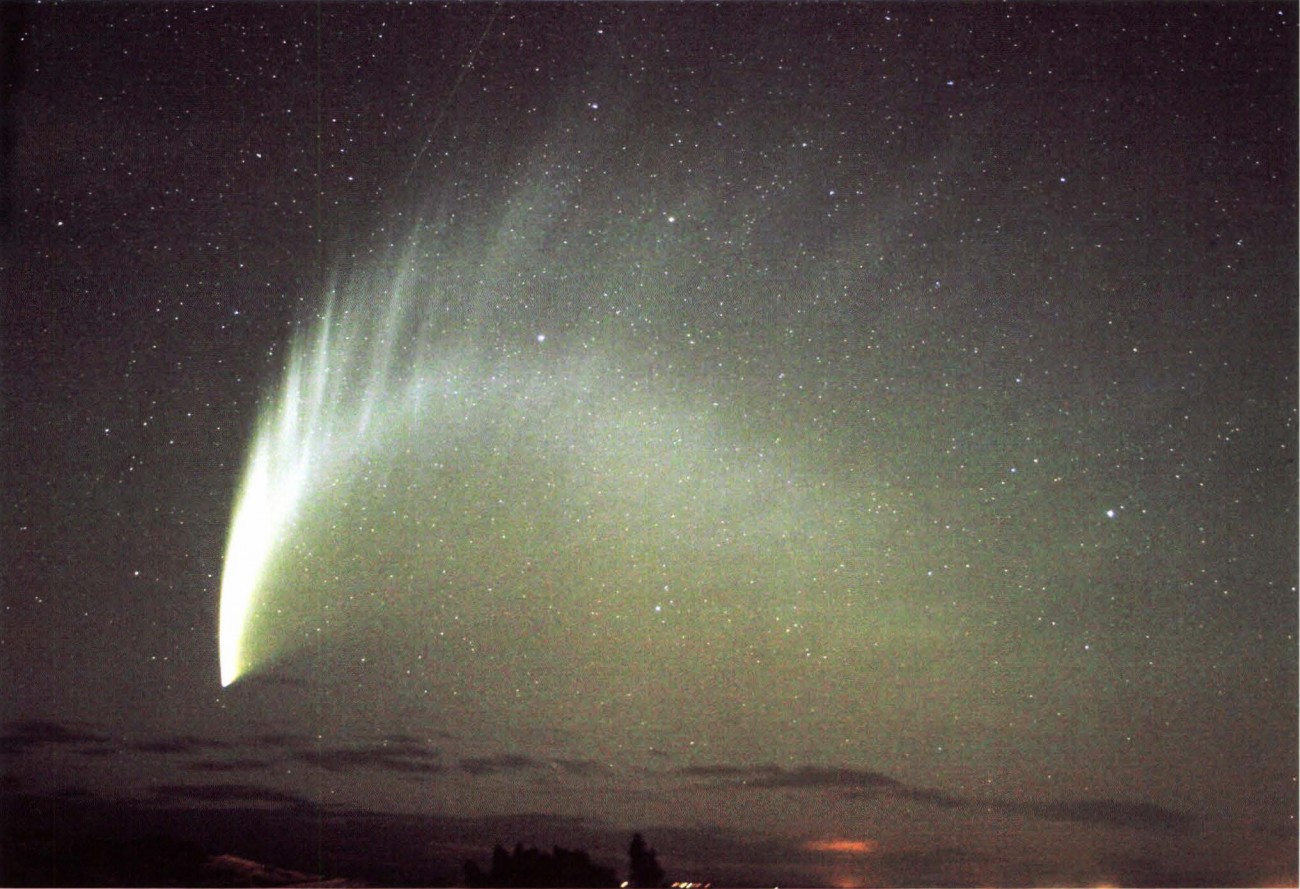 Unlike the exhaust left in the wake of a smoky car, a comet’s tail doesn’t trail behind it. Pressure from sunlight and radiation—known as the solar wind—keeps the tail more­or-less facing away from the sun.

Gas in the tail is very lightweight, is pushed most readily by the solar wind and has a bluish appearance. Dust particles are heavier, get pushed more slowly and look yel­lowish. Hence the tail spreads wide, bluish on one side, yellower on the other. Sometimes two distinct tails are visible, pointing in divergent directions.

Although dust grains are blown by the solar wind, they are still subject to the sun’s gravity and are effective­ly orbiting the Sun. So, as they are pushed outward, they orbit further out. The farther an orbit is from the Sun, the slower it moves. In consequence, these dust grains lag slightly behind the nucleus of the comet. The farther they are pushed, the more they lag, result­ing in a tail which gently sweeps backward.

The bands in the tail are caused when above-average amounts of material are released from the comet’s head at one time, and the particles are winnowed out as described above. Comet McNaught’s tail length is thought to have reached about 150 million kilometers—roughly the distance between the Earth and the Sun, and the comet is moving at about 60 km/second.