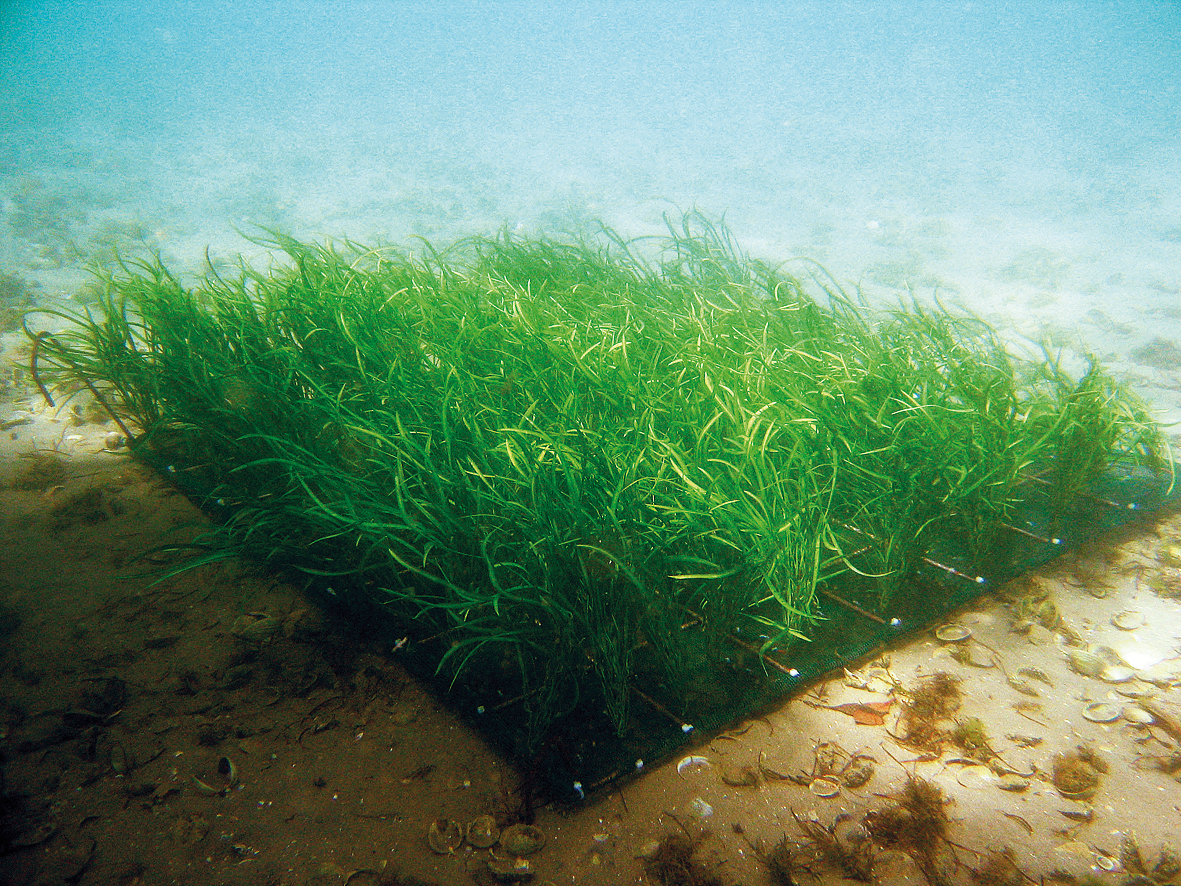 Fish in some northern harbours are so desperate for seagrass habitat, they’ll take astroturf when it’s offered. When NIWA fisheries scientists made a plastic imitation of the olive-green subtidal mat plant, no fewer than 19 species, including juvenile snapper and trevally, moved in almost overnight.

Harbours such as Whangarei and Tauranga, which were once prairies of seagrass, are now barren. “By association, all of the juvenile fish production dependent on those lost habitats has gone as well,” says NIWA fisheries ecologist Mark Morrison, “reducing the numbers of adult fish we have today.”

Morrison and his team started a veritable real estate boom when they placed mats of artificial seagrass on the bed of Whangapoua Harbour, on the east coast of Coromandel.

“We made them with tantalising long blades,” says Morrison, “the things that fish really go for.” They made seagrass in six different densities and found that the thicker the seagrass, the more fish loved it, he says.

Morrison is now following the growth and survival rates of tagged fish living in different densities of the faux fronds.

However, apart from acting as a nursery for young fish, real seagrass powers harbour ecosystems, releasing oxygen which stimulates nutrient cycling. It also traps fine sediments and reduces particle loads by slowing water movement. The early success of fake seagrass demonstrates just how important meadows of the real stuff are in terms of the fish they support and the services they provide to the rest of the ecosystem.