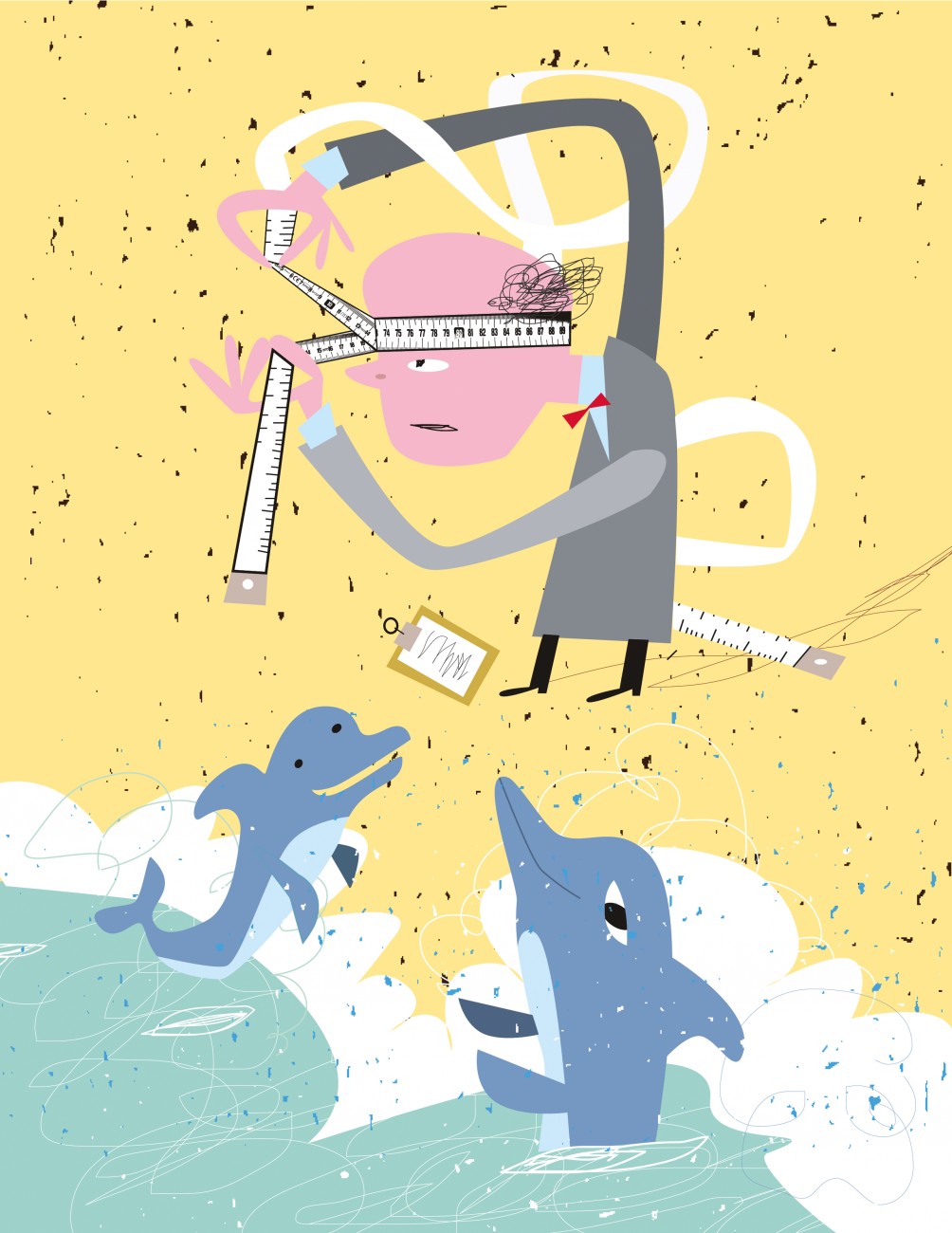 We humans are a swollen-headed lot. We like to think we’re smarter than all other creatures, and perhaps uniquely blessed by some benevolent deity. Never­theless we do need to be wary of our comfortable sense that we are at the top of the earthly hierarchy, since it allows an all-too-easy justification of the ap­palling way we treat other animals. We eat them, kill them for sport, drink their milk, wear their skins, ride on their backs, ridicule them, house them in zoos, and breed them to our own specifications.

How, then, can we justify our self-proclaimed superiority? One way is to appeal to our swollen-head­edness, looking to the brain itself as proof of our elevated status on the planet. However, this strategy has proven unexpectedly elusive. In terms of sheer brain size, we have to defer to the elephant and the whale, whose brains are more than four times as big as ours. We cannot therefore claim to be the brainiest of crea­tures. Perhaps, though, the absolute size of the brain is not really a good measure of intelligence. Large animals need large brains simply to control those big bodies and to deal with all of the information that ar­rives from their large surfaces. So rather than the ab­solute size of the brain, perhaps we should consider the ratio of brain size to body size.

Here we come out rather better. Our brains con­stitute about 2.1 per cent of our body weights, while those of our closest cousins, chimpanzees and bono­bos, are about 0.61 per cent and 0.69 per cent, re­spectively. The figures for the Asian elephants and killer whales are 0.15 per cent, and 0.094 per cent, respectively. So far so good—we can dismiss those lofty elephants and voluminous whales as large but dumb. Sadly, though, the mouse comes out better than we do, with a figure of 3.2 per cent, and in small birds the ratio may be as high as 8 percent.

One approach to this problem is to retreat into mathematics. Other things being equal, smaller ani­mals have larger ratios than bigger animals do. The psychologist Harry Jerison plotted brain size loga­rithmically against body size across a wide range of species, and then used a technique called linear re­gression to compute the slope of the line relating one to the other. The slope of this line was 2/3, meaning that body size mattered less the larger the animal. This led to a calculation of the expected brain size based on body size, and dividing this fraction into the brain weight leads to what Jerison called the encephalisa­tion quotient. (For those who really need to know, the expected brain size for an animal whose body weight is w is 0.12w2/3. Dividing this into the actual brain weight gives the encephalisation quotient.

This quotient turned out to be 7.44 in humans, fol­lowed by dolphins at 5.31 and chimpanzees at 2.49. The elephant weighs in, as it were, with a quotient of 1.87, and rats have a miserly quotient of 0.40. The mouse is blessedly reduced to a quotient of about 0.5, so we can stop worrying about that. This quo­tient also pretty well gets rid of any serious challenge from birds, although comparison is difficult because the slope of the line is rather different for them. We should, though, be wary of dolphins, which may be creeping up on us.

Another approach is to examine the neocortex, the outer layer of the brain which houses higher-order functions such as language, thinking and memory. Fo­cusing on the neocortex has the decided advantage of getting rid of birds altogether, since they possess no neocortex at all (other brain areas perform some of the same functions, but let’s not go there). Taking the ratio of neocortex to the rest of the brain places us above other primates with 4.1, closely followed by chimpanzees at 3.2, gorillas at 2.65, orangutans at 2.99 and gibbons at 2.08.

If the path towards demonstrating our superior brain power has seemed tortuous, we can perhaps at least gain comfort from the thought that we are the only species working on the problem.