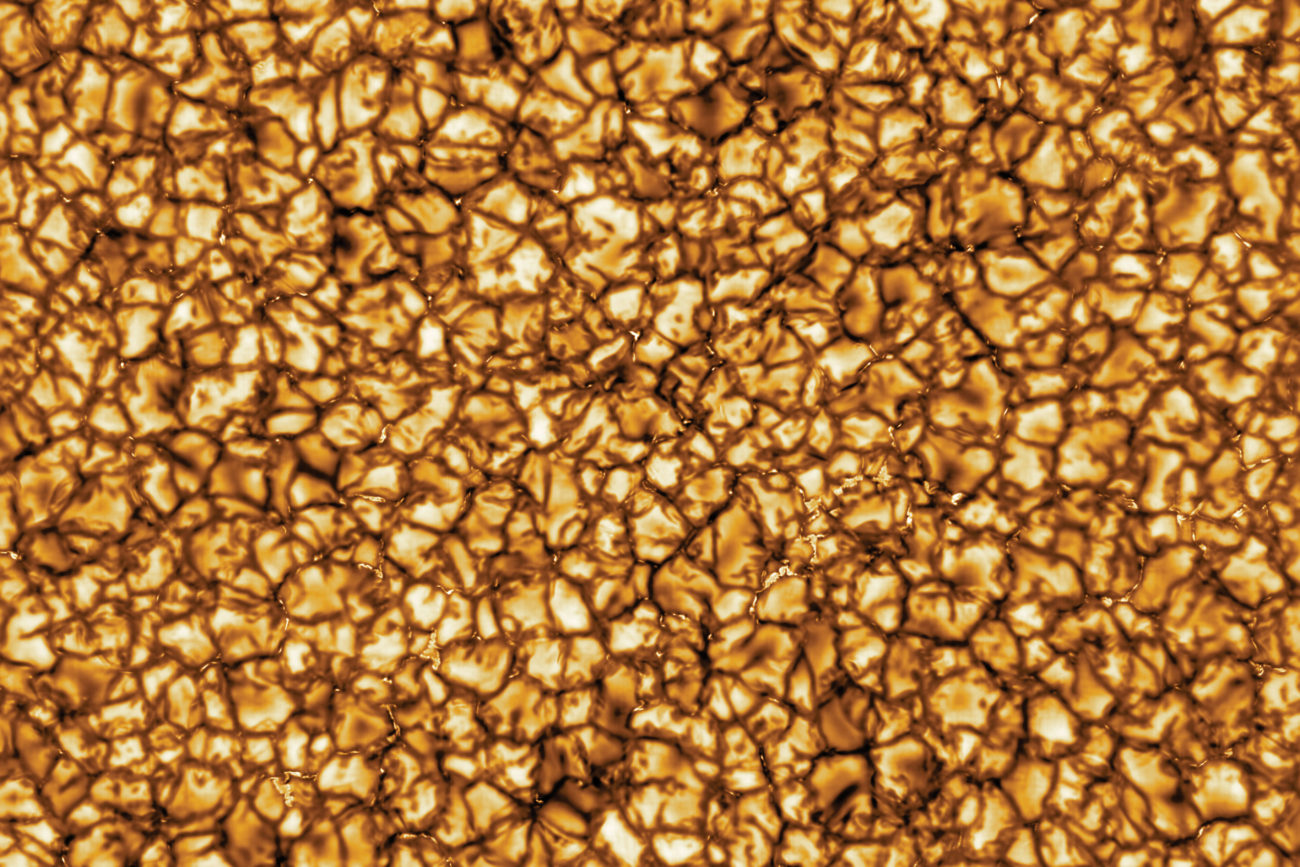 Like bubbles in a pot of boiling water, this solar close-up shows convection cells on the sun’s surface. Hot plasma (bright white) rises from the sun’s interior, then cools and sinks (dark outlines). Each convection cell is around 2.5 times the size of New Zealand.

It was photographed from a new solar observatory, the Daniel K. Inouye Solar Telescope (DKIST), which looks sunward from the summit of Haleakalā (literally ‘the house of the sun’), a 3000-metre peak in Hawai’i. The facility has a four-metre-wide mirror to resolve our nearest star in intimate detail. Features as small as 30 kilometres across can now be photographed.

Looking directly at a burning ball of gas is tricky. Sunlight focused by the telescope generates enough heat to melt metal so, to keep the telescope cool, the facility makes a swimming pool’s worth of ice every night, then distributes it via more than 10 kilometres of piping.

Why are we looking so closely at our star? Although the sun is nearly 150 million kilometres away, its weather can cause chaos on Earth. Solar flares and storms emit streams of charged particles that interfere with satellites and power supplies. By zooming in, astronomers hope to understand the magnetic processes behind such phenomena.