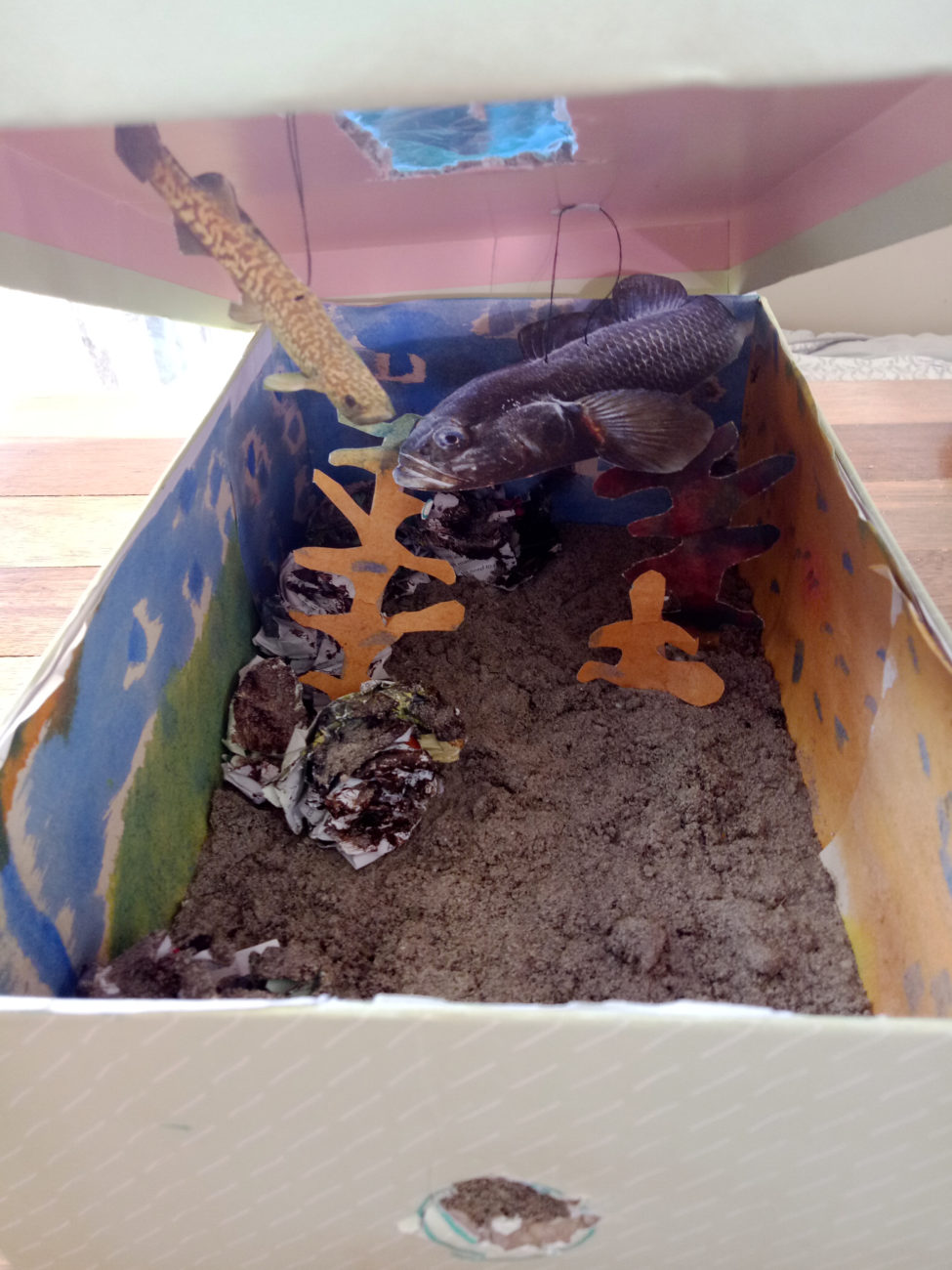 Task—”Ocean in a box” Underwater diorama

This project is a diorama with a twist. Blue paper or cellophane in the lid gives the scene a mysterious glow.

Send us a picture of your underwater diorama!