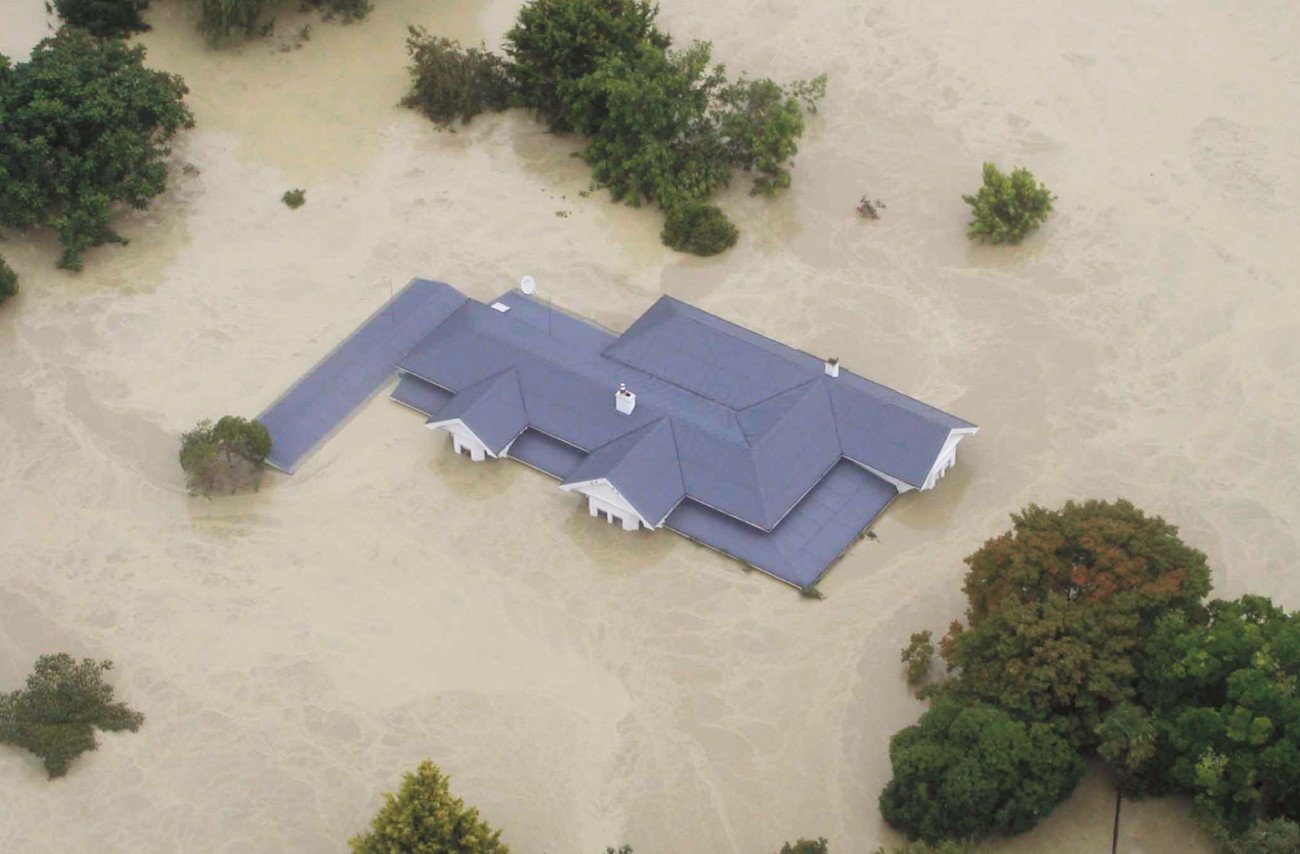 February’s weather was without prec­edent. Seven heavy rainfall events brought four to six times normal rainfall to a large part of the North Island. Highest yet February rainfall totals were recorded at 31 different locations from Kaitaia to Hokitika. In three of these places—Levin, Wanganui, and Farewell Spit—meas­urements have been kept since the late 1800s, and in Wellington, since 1862. There were also three wide­spread damaging wind events and, in eleven places, it was the windi­est February on record. Sunshine was below normal over the whole country and it was the coldest Febru­ary on record in Þve places in the south of the South Island. The worst storm occurred on February 15 and 16 when widespread heavy rain fell over the southern half of the North Island and severe southerly gales raged through Cook Strait and Wel­lington.

Flooding occurred when the Ruamahanga, Hutt, Manawatu, Ran­gitikei, Whangaehu and Whanganui rivers broke their banks, as well as numerous lesser streams ßowing out of the mountains. Thousands of animals drowned and hundreds of people were forced to evacuate their houses. Floodwaters, slips, wash­outs and fallen trees cut roads and railway lines in dozens of places. In southern Hawke’s Bay a washed out culvert derailed a train. The bridge over the Pohangina River near Ash­hurst collapsed, taking with it the pipeline supplying gas to Hawke’s Bay. Slips kept the Manawatu Gorge road closed for weeks. Some buildings, including a house, were washed away by swollen rivers in Manawatu. A state of civil emergen­cy was declared in Feilding, Marton and Tangimoana, and a number of houses were deemed uninhabitable after the ßoods and demolished. Huge seas stopped the Cook Strait ferries from operating and two lives were lost in boating accidents: one in Wellington Harbour and the other near the Marlborough Sounds. The wind lifted roofs and blew trees onto houses, leading to several narrow escapes. Power was cut to thousands of homes when poles were blown down and trees fell over lines. Total cost of the storm’s damage was esti­mated at around $200 million.

How did the storm develop? A trough of low pressure began intensifying in the Tasman Sea on February 13 then moved over New Zealand and continued to deepen during the next two days. South-west winds fed the trough with cold air from near the Antarctic ice edge, while a low from the tropics brought a burst of warm, moist air down into the trough on the 15th. In a man­ner more typical of a winter storm, strong westerly winds in the middle atmosphere fed cyclonic vorticity into the growing storm, helping it to deepen. A number of low cen­tres developed in the trough and rotated around inside it. The deep­est of these reached 980 hPa and approached close to the Wairarapa coast on the morning of Sunday, February 15. The extreme pressure gradient on its western side caused the severe gales over Wellington and through Cook Strait where the south­erly reached 161 km/h at Brothers Island. The strong southerlies spread up onto the Manawatu and Wanganui hills where they drove under the rain-bearing south-east winds blowing across from the Tararua and Ruahine Ranges. Usually, the air in this south-east ßow descends once it crosses the ranges and thereby warms and dries, causing the rain to evaporate as it falls, so that little or no rain reaches the ground. How­ever, the severe southerlies driving up from Cook Strait prevented this air from descending and so allowed heavy rain to fall west of the ranges over Manawatu.

One big summer storm can be bad enough but when a whole month of stormy weather comes during what is traditionally one of the most settled months, we start to wonder why. In the last few decades we have become accustomed to blaming strong El Niños or La Niñas for unusual summer weather, but neither occurred last summer. The Southern Oscillation Index (SOI), based of the pressure difference between Darwin and Tahiti, is one tool to measure the comings and goings of El Niños and La Niñas. Last summer, the SOI was small, indicating a neutral summer, unlikely to be marked by any strong anoma­lies. Although, it is worth noting, that neutral years have seen some of New Zealand’s most destructive encounters with decaying tropical cyclones, which seem more prone to track over the country when the SOI is small. However, something else has been going on in the South­ern Hemisphere. A climate study published a couple of years ago has shown that, over the last few dec­ades, summertime westerly winds have strengthened in a belt roughly between 50 and 70 degrees south, compared to earlier years. Another study, published in the magazine Sci­ence last October, established a link between the springtime ozone hole in the stratosphere high above Ant­arctica, and these stronger-than-normal summertime westerlies. Using a sophisticated computer model of the atmosphere, the scientists showed that including the springtime ozone hole in the stratosphere produced stronger westerlies at the surface several months later compared to a model run without an ozone hole.

The physical explanation runs as follows. When ultra-violet light strikes a molecule of ozone it breaks down into oxygen and heat is pro­duced. However, in the ozone hole, most of the ozone has already been destroyed by chemical reactions with anthropogenic hydroßurocar­bons, so the heating does not occur. Consequently, the air in the ozone hole becomes much colder than the air surrounding it. The difference in temperature leads to a differ­ence in pressure and this causes stronger westerly winds to blow in a circumpolar vortex around the hole in the stratosphere. In a feedback mechanism, the stronger westerlies actually help to maintain the hole by minimising mixing of ozone rich air into the hole from further north. Over the next couple of months, these stronger-than-normal wester­lies work their way from high levels down to the surface. In the study, most of the increase in the wester­lies was found to occur in latitudes south of New Zealand, whereas last February the strong westerlies were unambiguously all over the country. But, last spring, the ozone hole was near record levels, so perhaps this forced the anomalous westerlies further north. Then again, we have had very large ozone holes before without suffering a February as bad as this one, so there could be other reasons why the strong westerlies engulfed New Zealand. The weight of statistics suggests that we may have to wait another hundred years to see another February like this one, however, the continued creation of springtime ozone holes over the next couple of decades may mean that we have to endure some more rough summers yet.