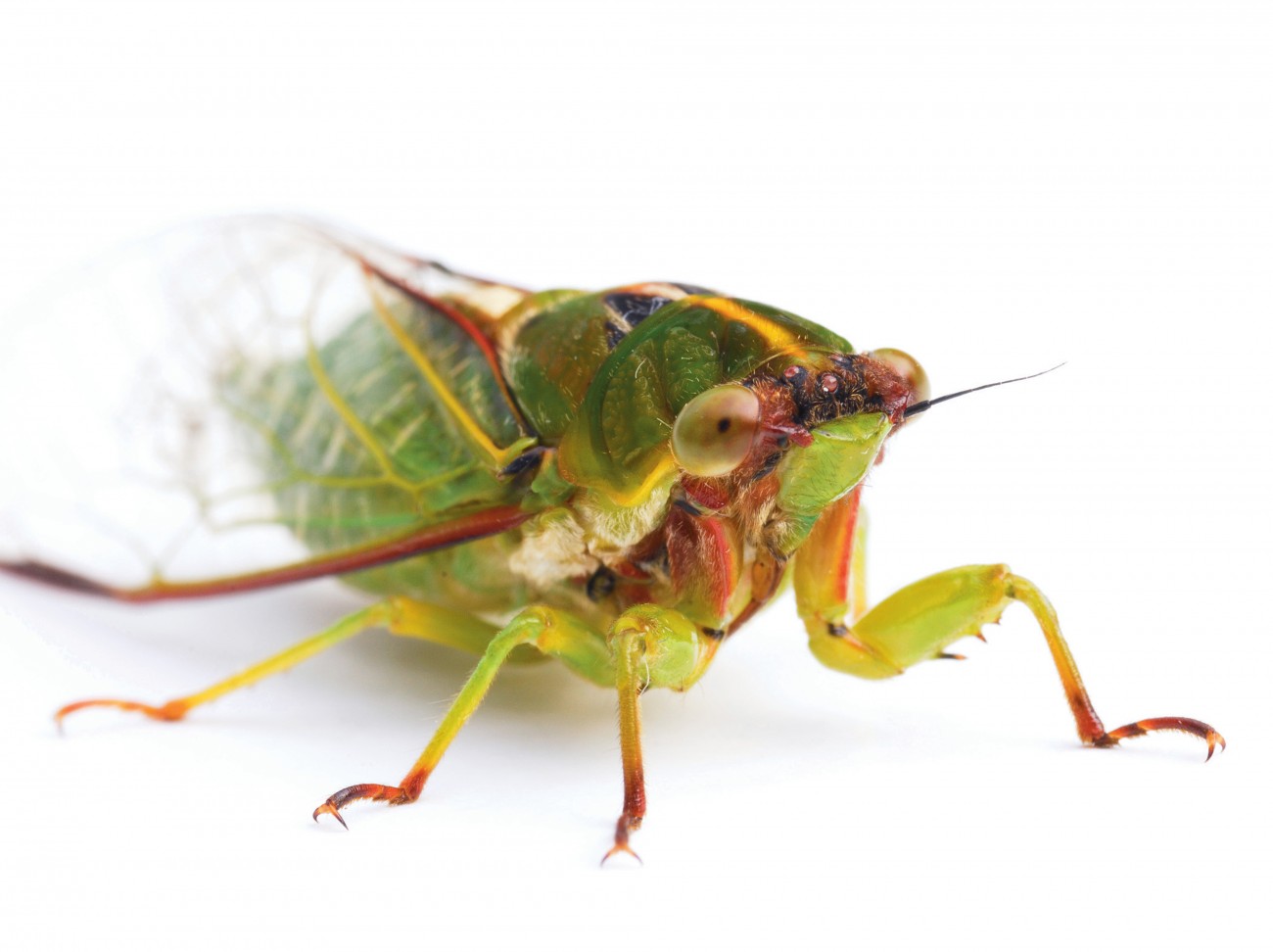 No two cicada species sound the same, and this helps the cicadas recog­nise their own and prevent them from hybridising with other species that live alongside them. As Esson points out, ci­cadas have a method of making sound that is peculiar to them. On the back, just behind the wings, is the tymbal, a ridged plate which is buckled by a powerful muscle up to 500 times per second. (Unlike crickets, grasshoppers, weta and a number of other insects, which make sound by rubbing their legs against their abdomen.) It’s the arrangement and number of the ridges on the tymbal which are responsible for the differences in cicada songs. The sound is amplified by the mostly hol­low abdomen and cicadas can adjust the volume of the sound by tightening the body wall.

Some cicada songs are so highly pitched that only children can hear them. It took the sharp ears of two schoolboys, David and John Lane, to recognise that our largest cicada had two types of sound, leading scientists to realise it was two species, Amphipsalta zelandica and Amphipsalta cingulata.

Esson, who worked at the Depart­ment of Scientific and Industrial Re­search and the Ministry of Agriculture before retiring, continues to devote a considerable amount of his time in ci­cada research, as well as alerting his grandchildren to their infinite variety. “They’re wonderful creatures,” he says. “To me they really are the sound of summer.”