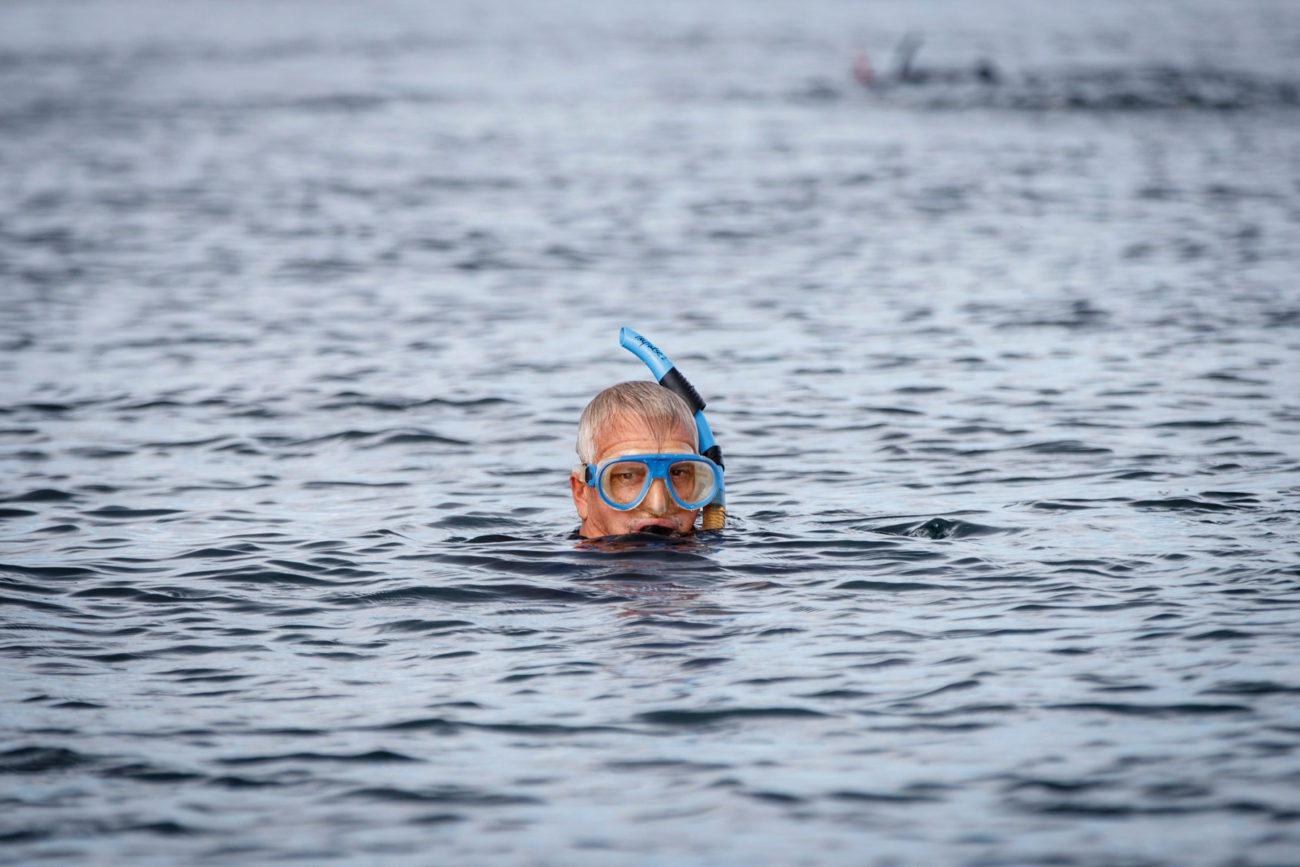 This time, he was facedown in Taupō Moana, waiting for someone to spear a catfish.

“I must have swum with at least three, probably four, different pairs of competitors before I finally witnessed someone spearing a fish so I could write about it.”

Worse, it was freezing, and he’d left his good drysuit at home to save on luggage, and photographer Richard Robinson had commandeered the organisers’ boat.

“It wasn’t a particularly scenic experience, and it did leave me wondering what the attraction is in spending your weekend spearing slimy, non-edible fish.”

But this is exactly Hansford’s line of work: making subjects of niche appeal interesting, spearfishers included.

“They are interesting in that they are unbelievably single-minded. I guess you have to have the hunter’s determination, to spend 11 hours—six hours the first day and five the next—just relentlessly finning around on the muddy bottom looking for these fish.

“The thing is, they’re doing the lake a favour, right?”

For this issue, Hansford also wrote about about the endangered palaeontological site Foulden Maar—a subject which, once he opened it up, unveiled fascinating details of life 23 million years ago.

“The revelation of those two orchid species: these non-descript, plain, utterly ordinary leaves. It turns out now that they comprise two of the five known orchid fossils worldwide.

“It took me by surprise to learn that it had made so many vital contributions to our understanding—and the way it neatly plugged that gap in our timelines in that it predates St Bathans.”

“So much of what we cover in the magazine is genuinely interesting, and it doesn’t always lie in the obvious stuff, either.”