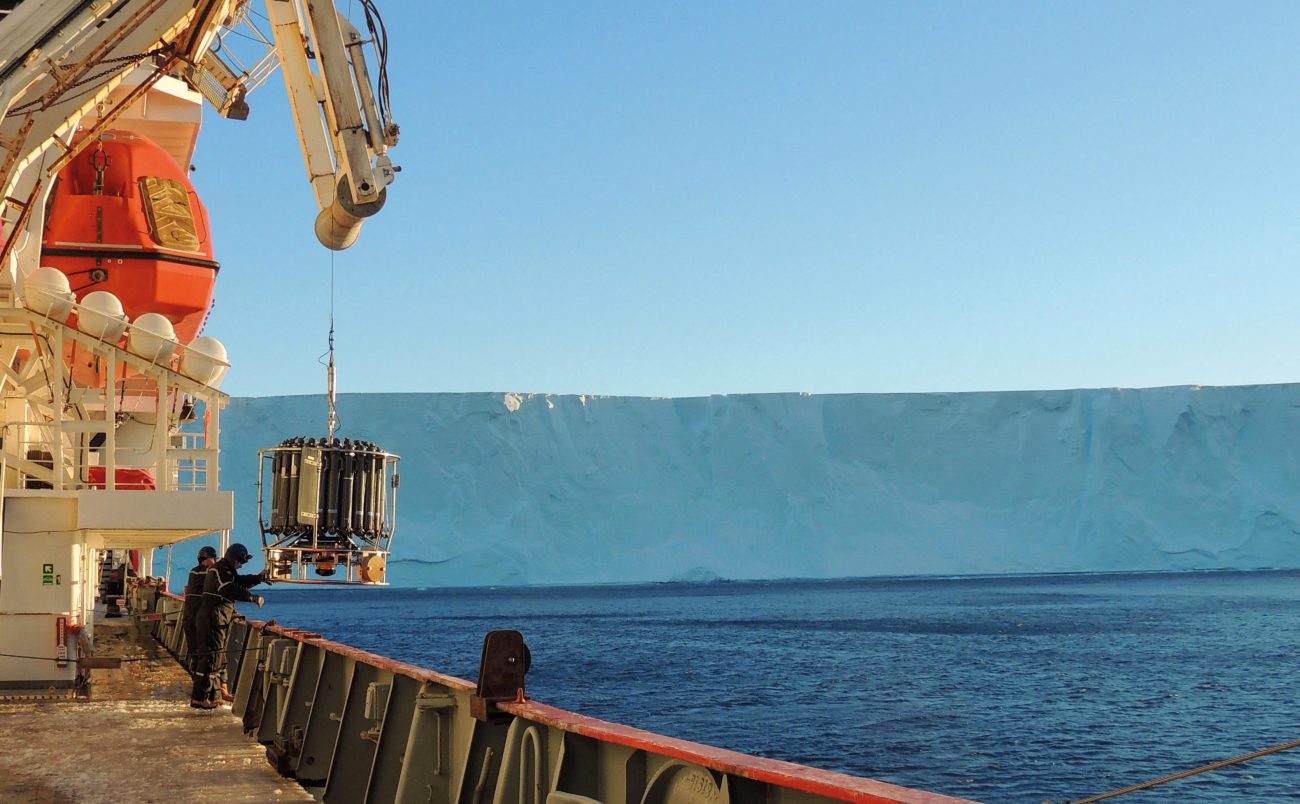 Freshwater rises above denser saltwater—except in Antarctica, where the rotation of the earth keeps Antarctic meltwater hundreds of metres below the surface of the ocean.

Research published in Nature earlier this year investigated meltwater gushing from an underwater cave in the Pine Island Glacier, which is particularly fast-melting. Although this freshwater begins to rise vertically, the rotation of the earth causes the stream of meltwater to spin on its vertical axis, flinging the freshwater sideways in filaments, which then mix with saltwater and settle at depth. This type of motion is widespread at the poles, say the University of Southampton researchers.

Ice sheets form fastest when meltwater rises to the surface of the sea, remains there and freezes in place. Without a layer of freshwater on top of the ocean, saltwater continually rises to the surface of the ocean and sinks, this churning motion preventing it from freezing as quickly. Without ice sheets forming at their usual pace, the melting of the poles may take place faster than currently predicted.