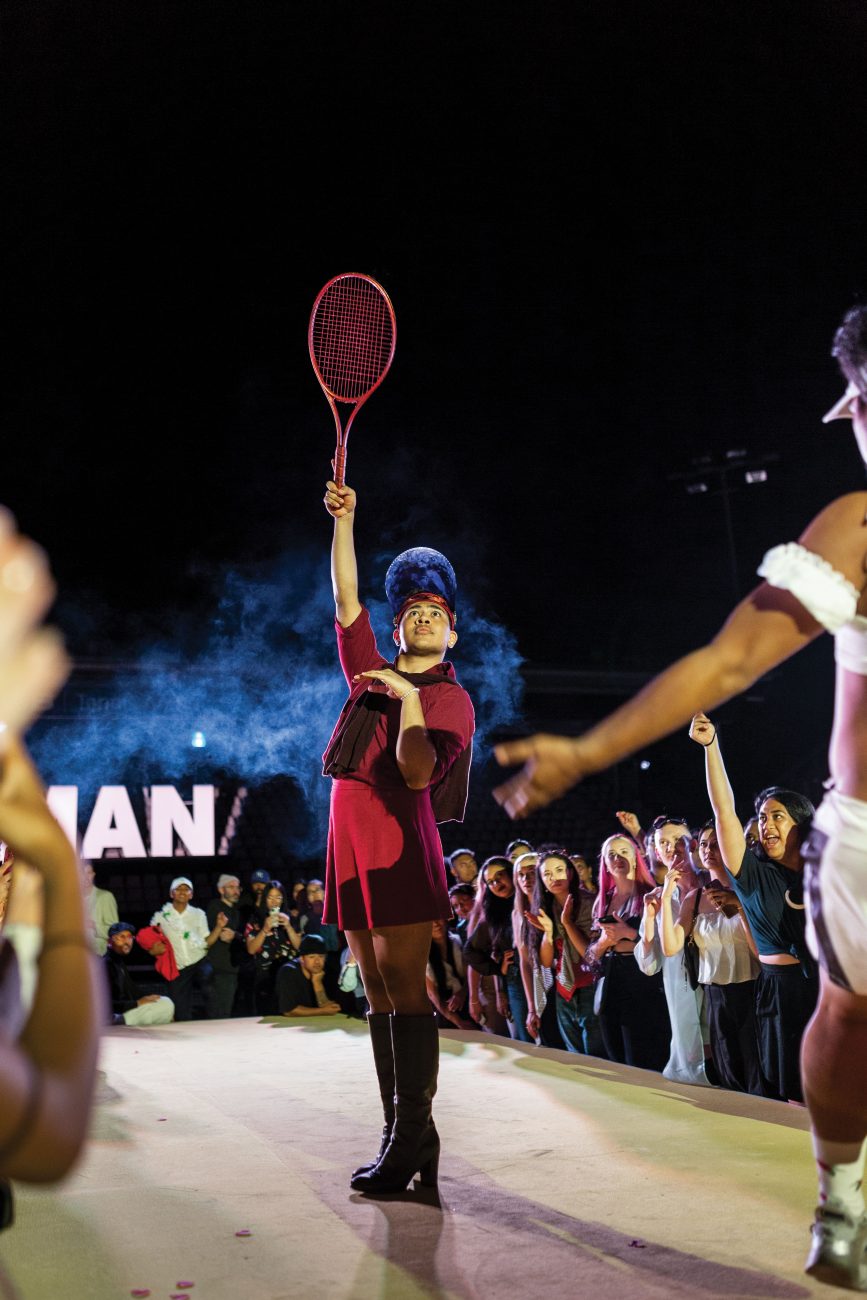 Things to know about attending a vogue ball: if you’re white, stand at the back. Trans women—called femme queens—are served first, always. And if it’s your first time at a ball? Hush up and learn.

“It can be really overwhelming,” says Melissa Gilbert (known in the ballroom scene as Kida Aitu), who is genderfluid and uses the pronouns she/her/they/them/he/him. “It’s a subculture, so it has its own vernacular to it, its own decorum.”

Clueless newbies will be put in their place firmly but lovingly. Some people take offence, Kida says, “but these are underserved, marginalised communities. If it’s not done in this space, where are we prioritised?”

Created by black and brown trans women in 1970s Harlem, and snapshotted for the mainstream by Madonna’s single ‘Vogue’ and the documentary Paris is Burning, ballroom culture celebrates all gender identities and sexualities. It’s a flip of the hierarchy, a space where people who are often marginalised or outright shunned are respected—and kept safe.

You do not simply walk into a vogue ball and start photographing. Becki Moss fell in love with the scene at her first ball in 2020, and started shooting only after gaining trust and permission. She was hyper-aware that it wasn’t safe for everyone to be photographed: “I am queer, and I am able to be very visible. My family is very OK with it, but there are people in these communities whose families still don’t know they’re out.”

Physical safety, especially for trans people, is also a real concern. As a mark of gratitude, and because she’s leery of the “weird power dynamic” of holding another person’s image, Moss gives high-resolution versions of all her photos to the community.

The ballroom scene in New Zealand centres on Auckland, with a smaller community in Wellington. The parties—the balls—are famously fab, but the flashy costumes, egos and voguing are only a tiny part of ballroom culture. Much more important are the chosen families, called houses, that make up the community.

There are three big houses in Aotearoa: Coven, Iman and Aitu. Kida’s a child of Aitu, hence “Kida Aitu”. “We call each other sister, brother. It sounds kind of weird but it’s very natural.”

Some children, estranged from their birth families, live with their house parents and rely on them financially. For others, the support provided is less pragmatic—but just as vital. Kida grew up in a conservative family and credits their house parents, and the trans women in the community, with helping them understand their sexuality. It was, they say, “a really hard bootcamp in learning about yourself”.

The vogue balls are joyous, high energy and, for those competing, high stakes in terms of reputation. The 2020 Legacy Ball documented here (there are also two images of a ball hosted by the House of Iman) was particularly momentous because it was held at the Auckland Town Hall.

“It was really huge for us,” Kida says. “I wasn’t there during the start of ballroom [in Aotearoa] but they were in community halls in South Auckland. It’s grown so much that we can rent out a place on Queen Street.” Not just any place on Queen Street. As attendee Amit Noy wrote for the Pantograph Punch, the night was “an insurgent reclamation of a storied house of colonisation, marked by equal doses of ferocity, filth and respect.”

No matter the venue, five judges, called “icons”, always sit elevated above the stage. They’re royalty, often remaining stony-faced as competitors in various categories walk the stage, “serving” to them.

Kida won the Bizarre category at the Legacy Ball, wearing a costume created with their house father and sister. An incredible moment—but it was the support backstage, the pep talks and last-minute safety pins, that meant the most.

“The cute thing is if you’re walking a category on the night, your house siblings will help you get ready. That’s ballroom to me right there.”

Bizarre is a bit like wearable art. Other categories, such as Sex Siren—think striptease, lots of skin—are much more intense. “I’ve done it a couple of times,” Kida says. “It’s so scary… [it] can be really confronting—or really freeing if you have the right headspace.”

There are often beauty categories, too; and fashion; and voguing—yes, like Madonna, but don’t get cocky. Voguing looks easy but takes years to master. “It’s not just dance steps. There’s a hyperfeminine energy and an attitude to it that not a lot of people can do.

“We call it ‘noguing’ when it’s like they just aren’t ballroom people and they’re trying to vogue.” Kida laughs. “‘It’s a no from me, honestly.’”

For privacy and safety reasons, “ballroom names” have been used where requested. 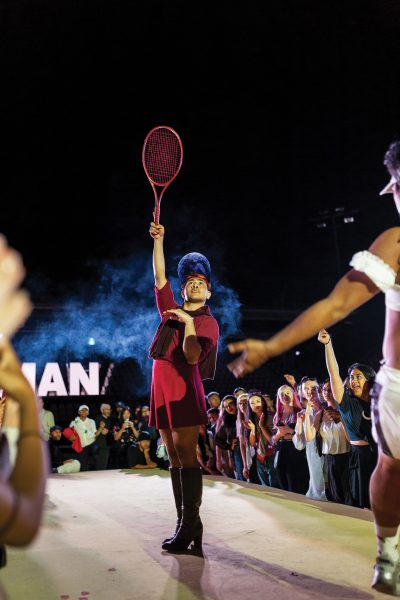 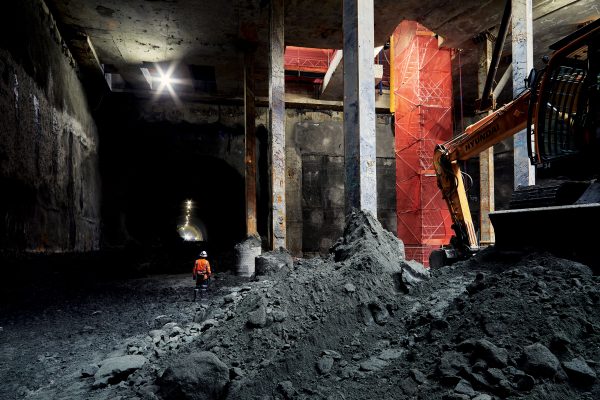 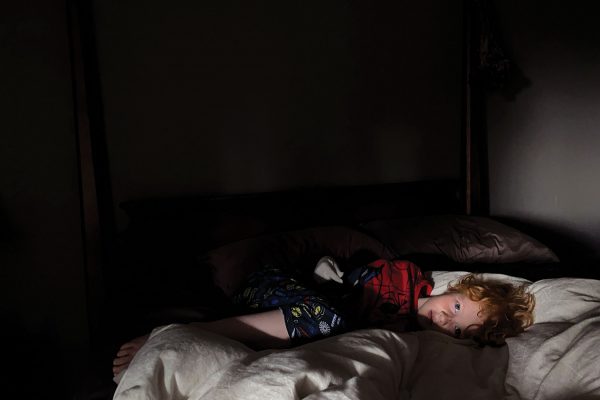 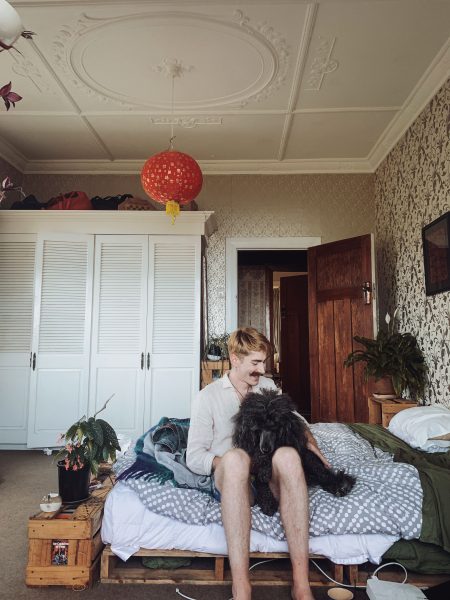 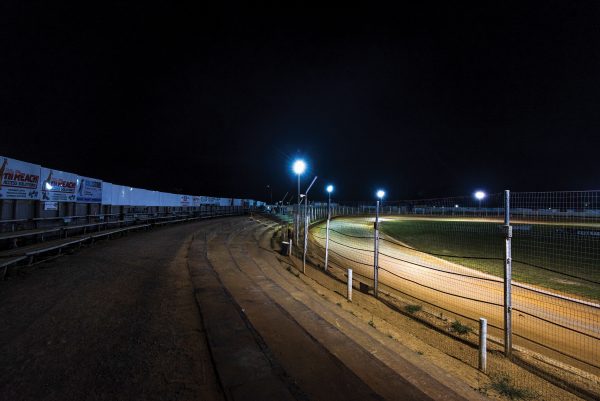 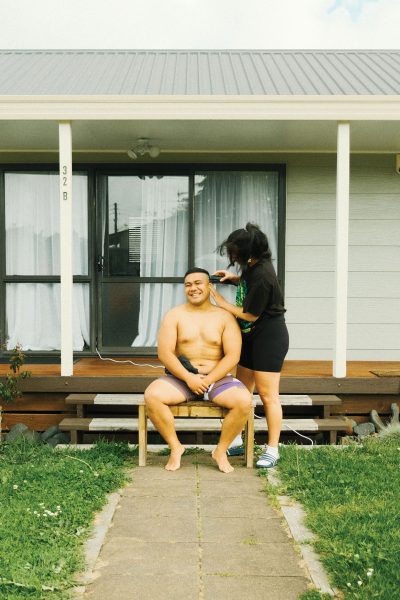