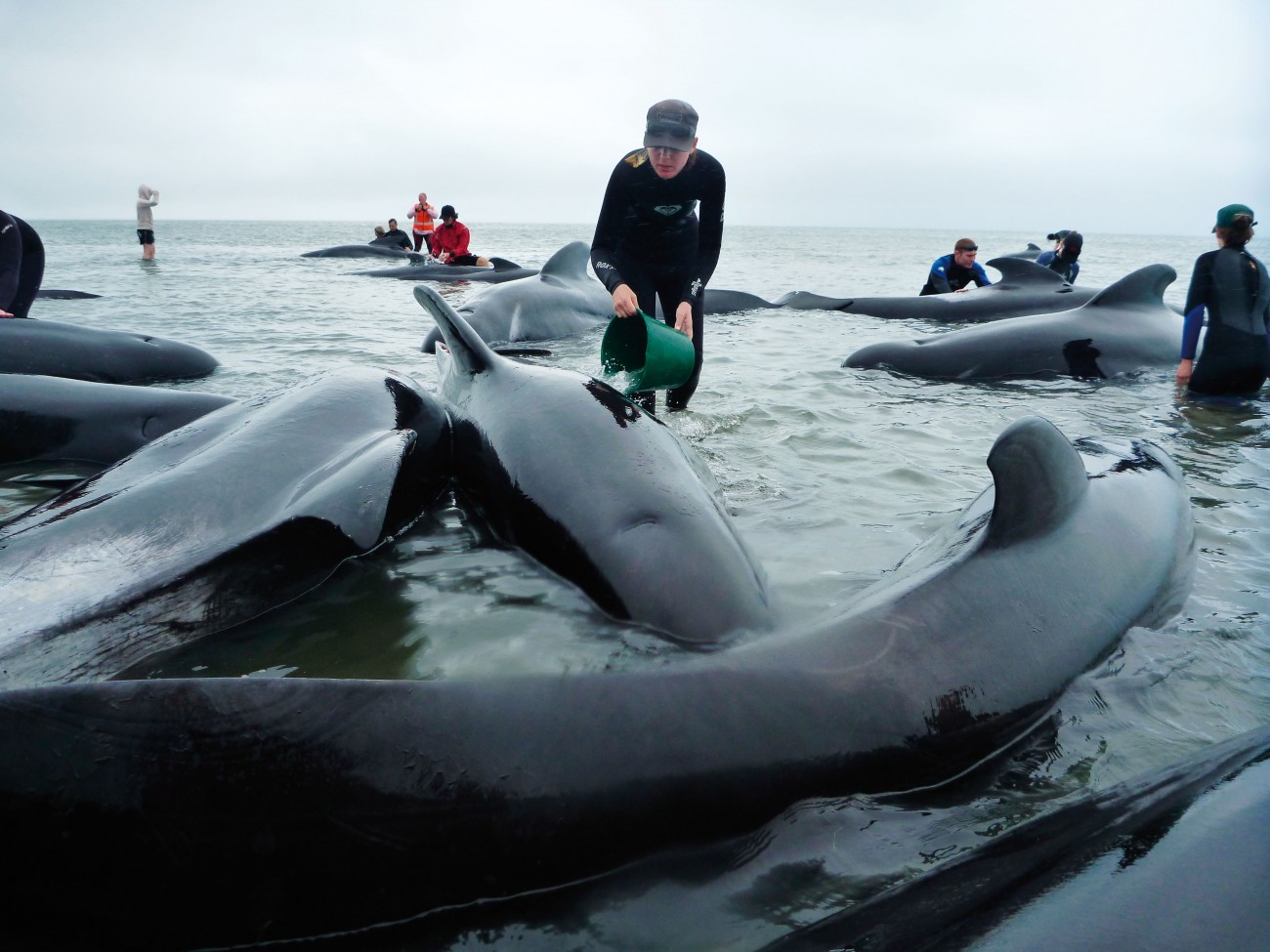 A long-term study, published recently in the Journal of Heredity, looked at the DNA of long-finned pilot whales stranded in groups around New Zealand and Tasmania, and found that many whales caught in each stranding could have been perfect strangers. Even mothers and their calves were not always found together.

Pods of long-finned pilot whales, the most common whales to strand, all share the same genetic signature—their matrilineal social structure means every whale is descended from the same ancient cow of the same haplotype. Breeding occurs when two unre­lated groups come together, but the male always returns to its mother’s group.

It was widely assumed that stranding was caused by the “kinship-driven care-giving” between family members, that healthy members would rally to help when they sensed one of their own was sick or disori­ented, and then founder themselves.

DNA results in the study showed that many strandings involve multiple groups, including both related and unrelated individuals. Researchers now believe that strandings may be a result not of close social bonds within groups, but of the disruption of those bonds when interacting with unrelated groups. In fact, says Marc Oremus, an author in the study, “The separation of related whales might actu­ally be a contributing factor in the strandings, rather than simply a consequence.”

However it’s likely that factors other than social groups could be more important in stranding events. Misjudgments of depth, geomagnetic interference, the weather, even sound from human sources such as sonar and seismic testing, can confound the wayfinding of whales. Rather than solving one of the greatest mysteries of life on Earth, latest research has served to make stranding behaviour even more enigmatic.