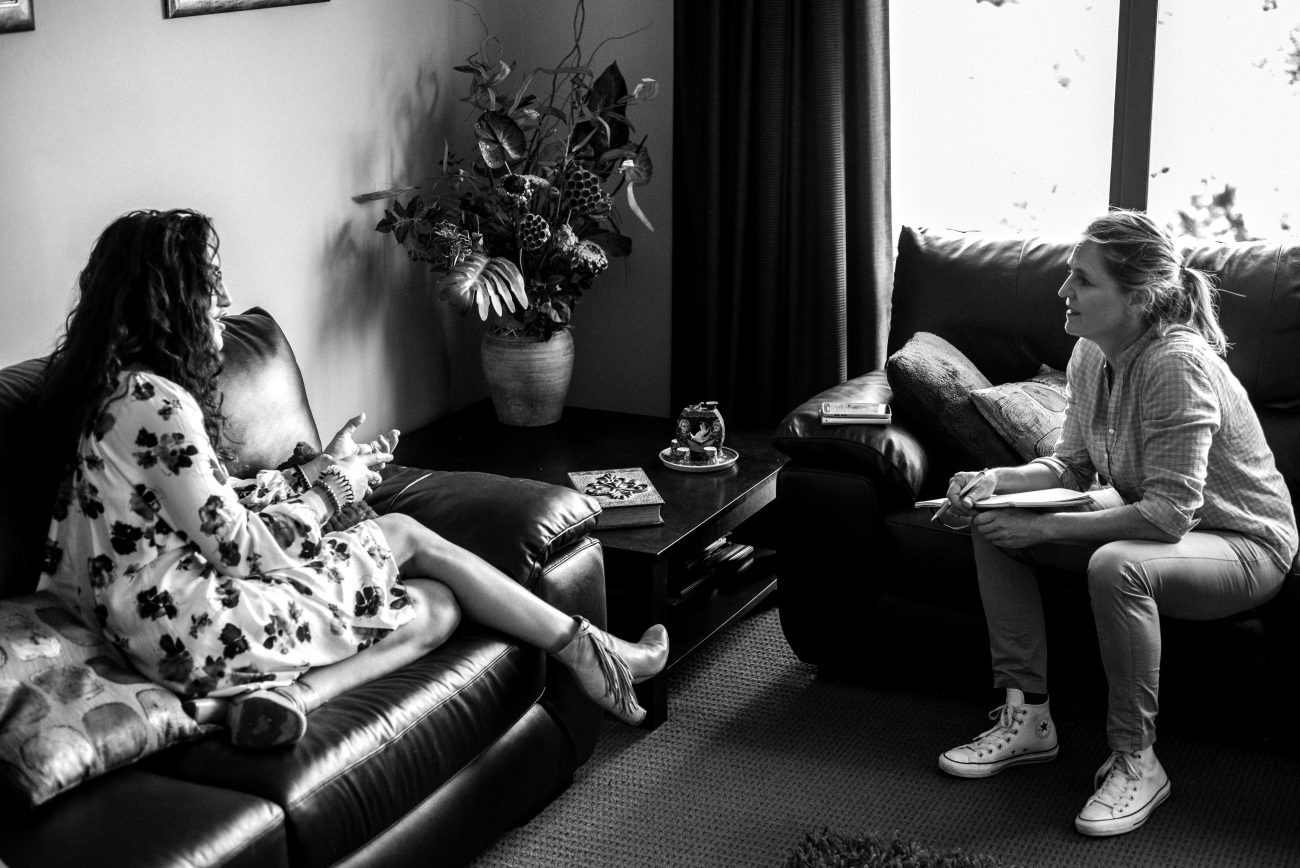 You’re originally from Germany—did that give you a different perspective on the story?

Like everyone growing up in West Germany before the reunification, I know the stories of refugees from the German Democratic Republic trying to cross the Iron Curtain—and the pressure their relatives back at home came under afterwards from the secret police. This is why they often left in the middle of the night, couldn’t tell anyone of their plans, couldn’t say goodbye—and were heartbroken and conflicted about what they had done to their loved ones on the other side of the Wall. It meant they couldn’t even fully enjoy their newfound freedom. Rosanna really reminded me of those Eastern Bloc defectors. What was done to her by the Gloriavale leaders was not unlike what the Stasi did.

As an agnostic and feminist, I did not think I would find much personal common ground with the people I interviewed. Everyone I spoke to, including most of the helpers on the outside who had never lived at Gloriavale, was Christian. Most of them have only had one sexual partner all their life and hold comparatively conservative views, for instance about child-rearing. But where we met, and where my respect and admiration for them is endless, is their determination to fight injustice, question authority, trust their heart and be better adults than the ones they were subjected to.

What did you find confronting?

How much some basic human rights are withheld from people of all ages within the community, in one of the most progressive countries in the world, all under the name of religious freedom. Learning about the level of sexual abuse within the community and the silencing and denial of it—and then coming so close to victims as well as perpetrators—took me out of my comfort zone. On one day, I knocked at the door of a man who lives just outside Gloriavale who is waiting to appear in court. His hosts chased me away. Hours later, I talked to the relative of the girl that this man had allegedly sexually abused.

What did you enjoy about researching this story?

Never met so many beautiful cows! All the men were dairy farmers. Having lunch with Rosanna and Elijah’s whanau, which doubled as a staff meeting, gave me a little glimpse into a world that is so New Zealand, but which I have never been part of as an immigrant and city-dweller.

Did this take a toll on you emotionally to report?

There was one tough moment when I thought I had agreed with one of my interviewees on some very personal details that I was putting in the story, and then only learned through another source that she was freaking out about it. I hadn’t realised that I was dealing with people who had not learned the same assertiveness that I grew up with—that they would not always speak their mind.

You’ve reported a lot on cults. What was striking about Gloriavale?

Some similarities were striking: that you can physically leave a place but still be trapped in it emotionally, even years later. That the people on the outside will never really understand where you’ve come from, only the ones in there—like being in a car crash together.