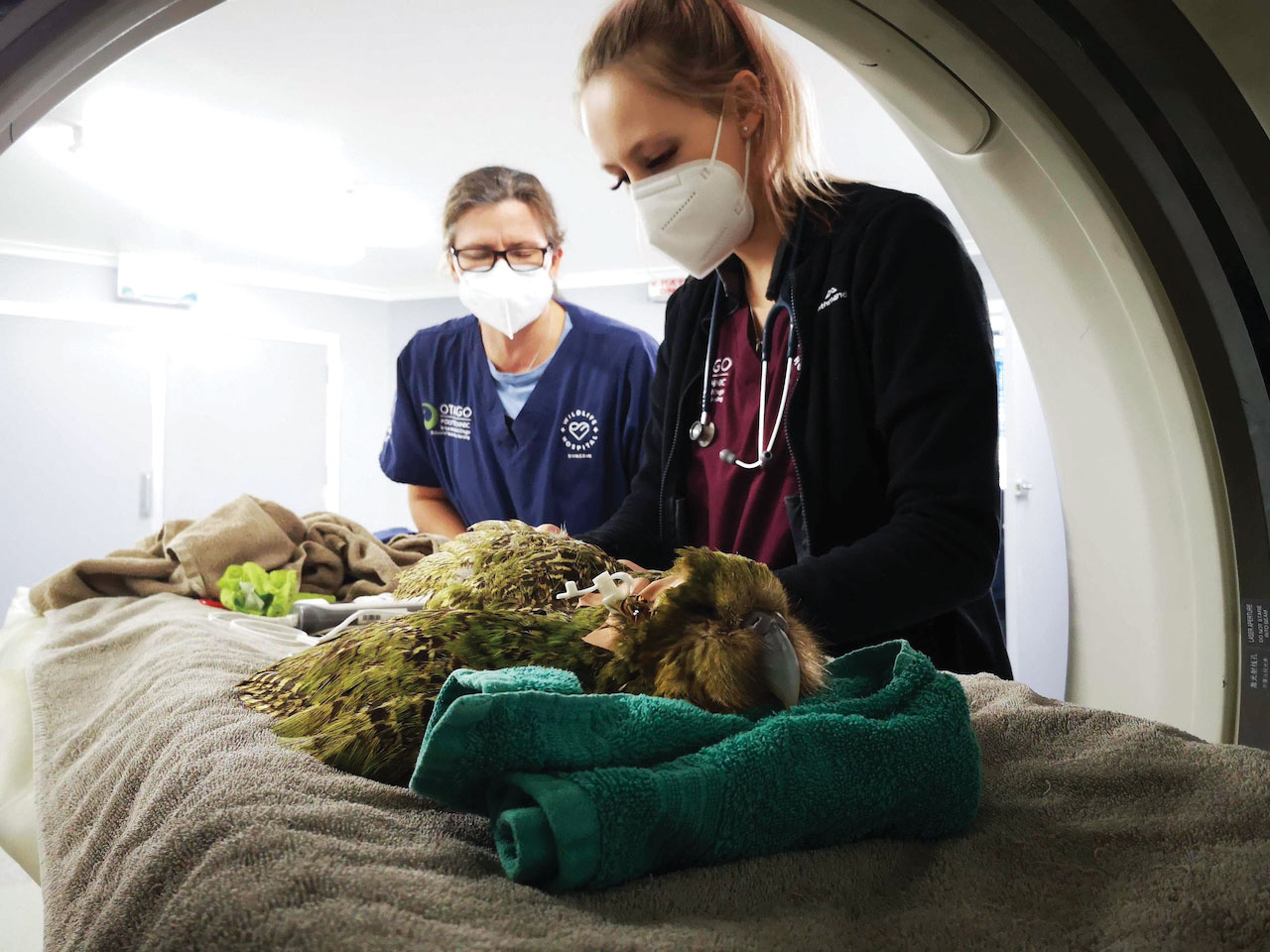 The 2019 kākāpō breeding season was the best in the 26-year history of the recovery programme. But it was also the worst: the fungal disease aspergillosis hit the Codfish Island/Whenua Hou sanctuary, infecting 21 kākāpō and killing nine—all either nesting females, chicks or juveniles.

New fungal genome analysis shows the birds all caught the same strain—and it probably came in with people, most likely on supplementary food. That is surprising, says University of Otago geneticist Peter Dearden, but “we can’t explain it unless it’s been carried by humans”.

The same strain of aspergillosis was also identified on Anchor Island in Fiordland, home to a smaller kākāpō breeding population. But the birds there didn’t get sick.

Other factors such as climate change are likely in play. “It was a very hot, dry summer in 2019,” says Andrew Digby, the science adviser for DOC’s recovery programme, who was involved in the research. “All the infections occurred over quite a narrow time period, and it might be that the climatic conditions were [right on Whenua Hou] at the same time as chicks were at their most vulnerable stage.”

All islands where kākāpō breed are subject to strict quarantine and hygiene procedures, but the team have now put in additional measures such as freezing supplementary food, ventilating nests and not moving chicks directly between them. They rely more on remote monitoring and have established hands-off breeding sites on Te Kākahu-o-Tamatea/Chalky Island in Fiordland. “That’s how we want to be managing kākāpō in the future,” Digby says. “It’s not to say the intense management is wrong. Without it, kākāpō would be virtually extinct by now. But it’s another reason why it’s important that we step back.”