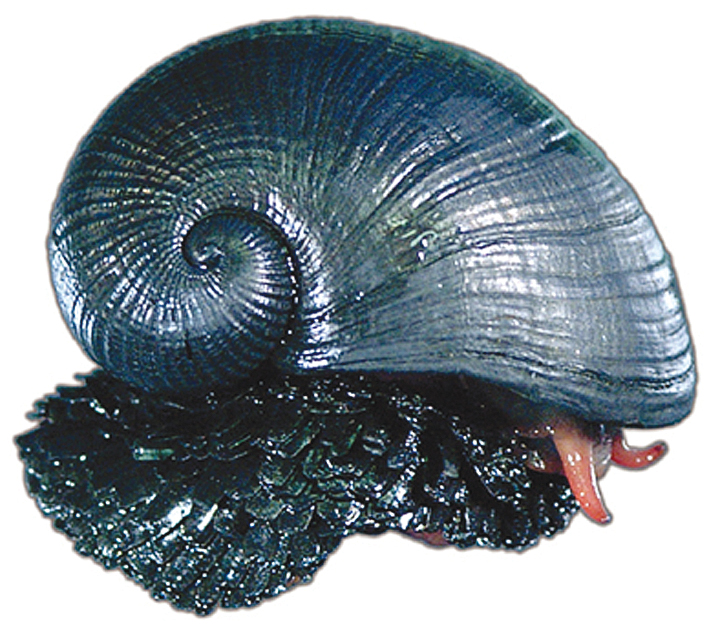 A tiny marine snail might just stop a speeding bullet, according to a recent US study. The scaly-foot gastropod, which lives beside the Kairei hydrothermal vents four kilometres beneath the central Indian Ocean, builds itself a tri-layered shell of unmatched strength.

A calcified innermost sheet is bound by a thick organic middle layer. Then the snail protects the entire structure with a hard shell fused with iron sulphide granules absorbed from the vents.

Researchers from the Centre for Materials Science and Engineering at the Massachusetts Institute of Technology in the United States tested the shell’s mettle with a series of punishing impact experiments designed to mimic attack by a range of predators. The tests revealed that the scaly-foot gastropod’s shell was a tough nut to crack, thanks to its triple-bonded construction.

“Each layer of the [mollusc’s] exoskeleton is responsible for distinct and multifunctional roles in mechanical protection,” said project leader Christine Ortiz, who concluded that the shell was uniquely specialised to maximise “penetration resistance, energy dissipation, mitigation of fracture and crack arrest, reduction of back deflections, and resistance to bending and tensile loads”.

At the Kairei vents, the snail uses this formidable shield to foil attacks from the grinding, toxic proboscises of cone shells and crabs that will sometimes squeeze for days in a bid to break the shell.

Now military engineers want to build the gastropod’s technology into military vehicles and body armour. In the future, it could appear in everything from sports equipment to aircraft construction.