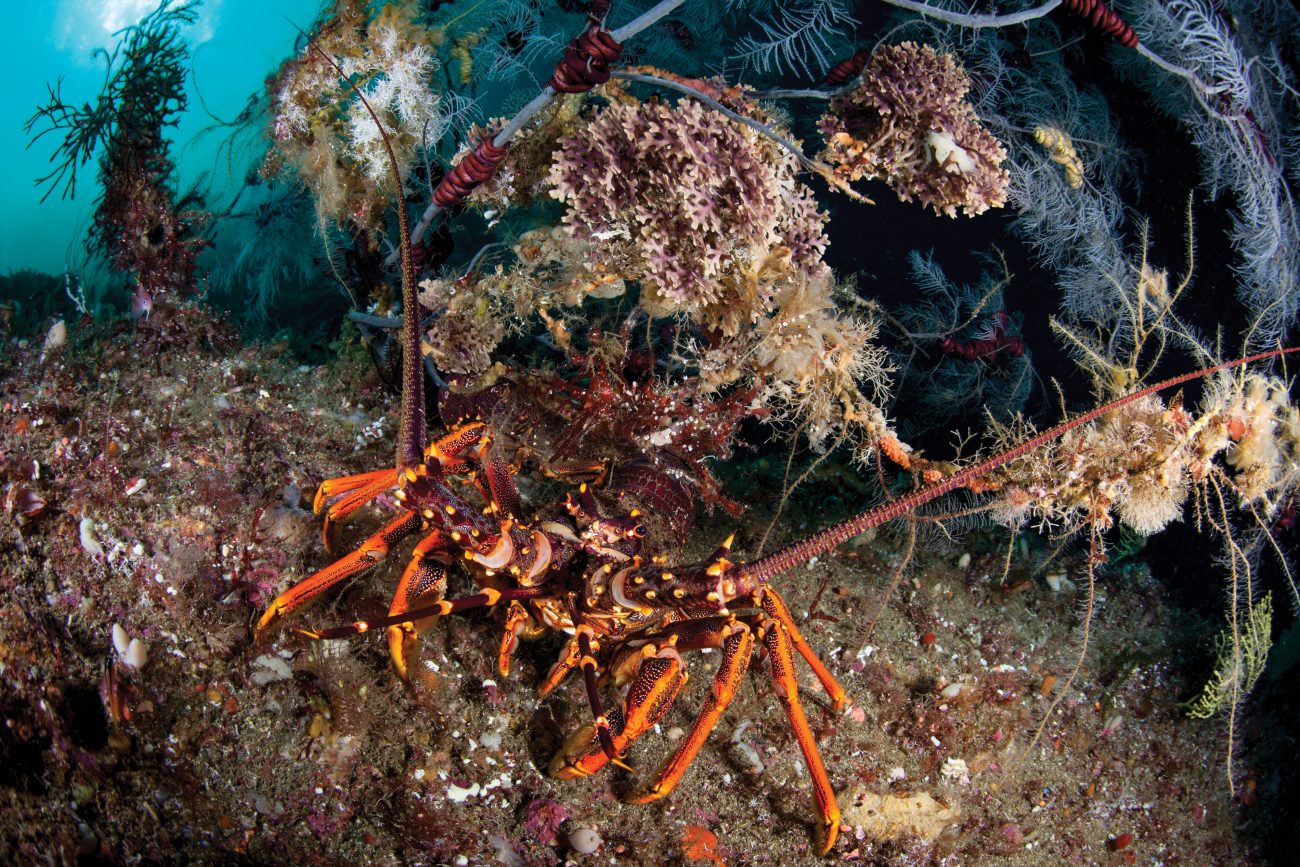 The crayfish population in the Hauraki Gulf is in worse shape than official fishery stock assessments suggest, according to a new analysis. Researchers from the University of Auckland used two marine reserves— Cape Rodney-Okakari Point (Goat Island) and Tāwharanui—as “proxies” for natural, unfished crayfish abundance. “We hired a fisherman and all of his gear and we did cray potting inside and outside the marine reserve for two years,” says Benn Hanns, lead author of the paper.

Comparing catch rates inside and outside the marine reserves indicates that the crayfish population has plummeted to around two to three per cent of unfished levels—though Hanns suggests the population may be even lower. It’s substantially different from the Ministry for Primary Industries’ estimate of 18 per cent. Under current rules, if a fishery drops below 10 per cent of its original, unfished level, it must be closed.

Stock assessments rely heavily on fisheries-dependent data and models with complex, inbuilt assumptions. Hanns says some of these assumptions are outdated. “This research shows the utility of marine reserves beyond conservation… They can actually be these really important sanity-checking tools.”

But even within the marine reserves, numbers of crayfish have been declining in recent years. Hanns chalks this up to one big problem: the marine reserves are too small. His research has contributed to a recent proposal to expand Goat Island Marine Reserve, currently under consideration.