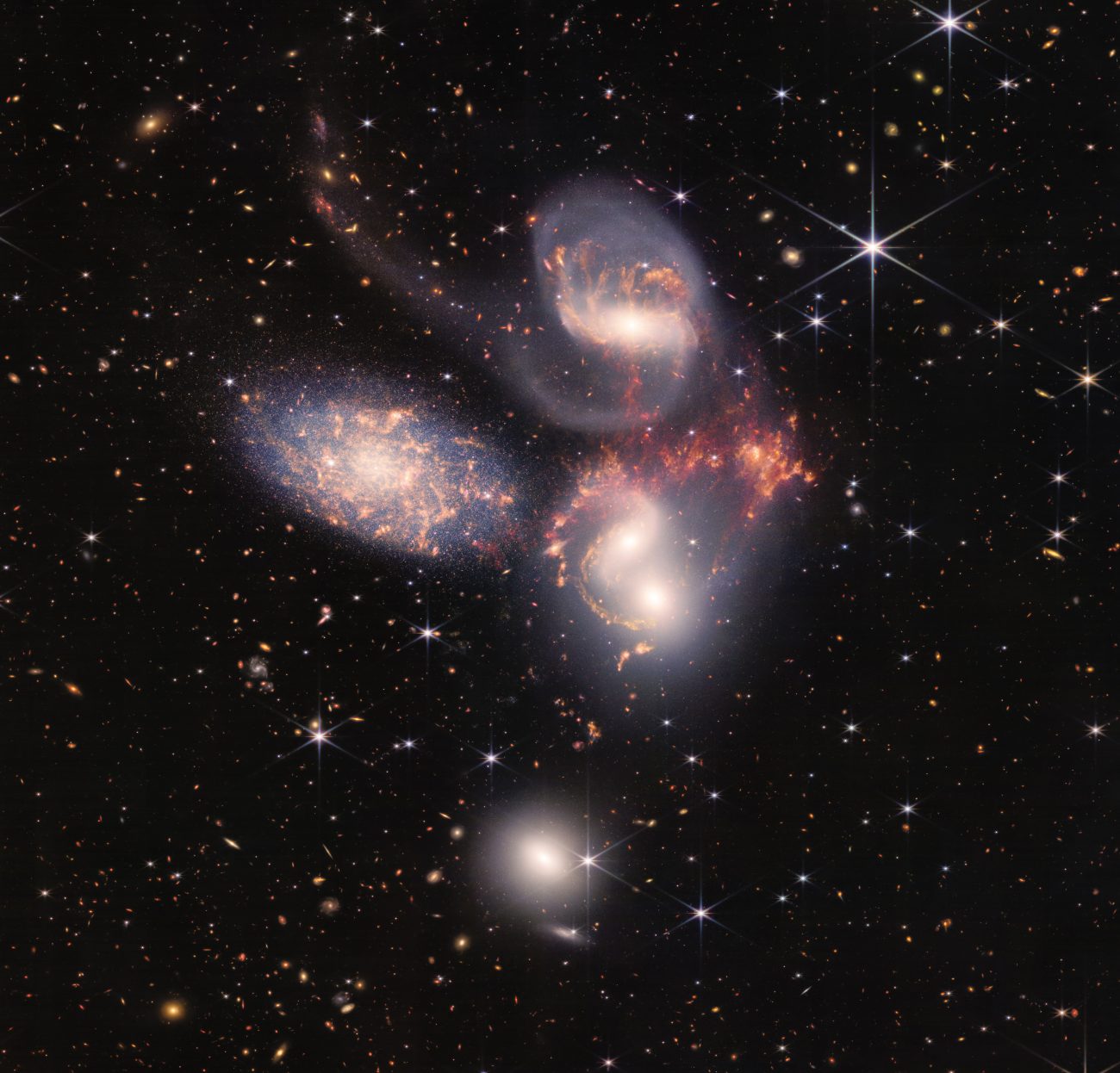 One of the first sights that NASA’s new James Webb Space Telescope observed was Stephan’s Quintet, a cluster of five galaxies in the constellation Pegasus.

This picture, the biggest produced by the telescope so far, is a composite of about 1000 images. If you printed it out at its actual size, it would be about 700 kilometres wide.

Scientists hope that looking at Stephan’s Quintet this closely will teach us more about how stars are formed by galaxies crashing into or moving past each other.