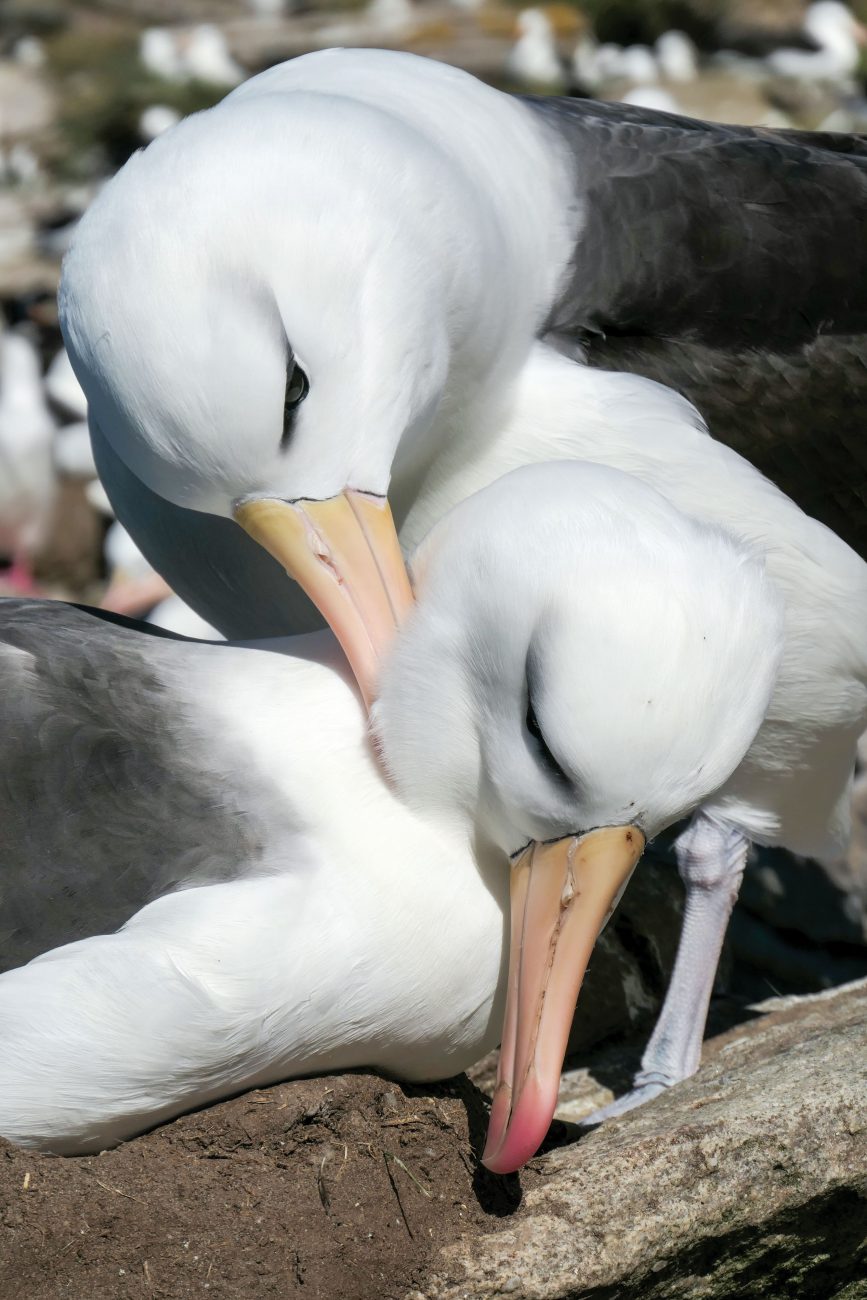 Divorce is a possibility for any socially monogamous species, from humans to seabirds. Typically, birds split up after breeding failures, allowing them to find a more suitable match. In the case of albatrosses, new research published in Proceedings of the Royal Society B suggests that climate change may increase divorce rates in couples who otherwise would have stayed together, with population-wide ramifications. Starting in 2003, international researchers tracked the mating behaviour and breeding success of black-browed albatrosses on the Falkland Islands in the southern Atlantic Ocean.

They found that the divorce rates varied considerably from year to year, ranging between 0.8 and 7.7 per cent, and were strongly correlated with warm sea surface temperature anomalies, increasing as the waters warmed and fish became less available. The authors suggest the environmental stress could cause migrating pairs to arrive at different times, or that in times of shortage, females blame their mates for the lack of food, and look for greener pastures.

The researchers predict similar patterns may be seen in other species, too, and say the findings represent an overlooked consequence of global climate change that could have unforeseen effects on endangered populations.