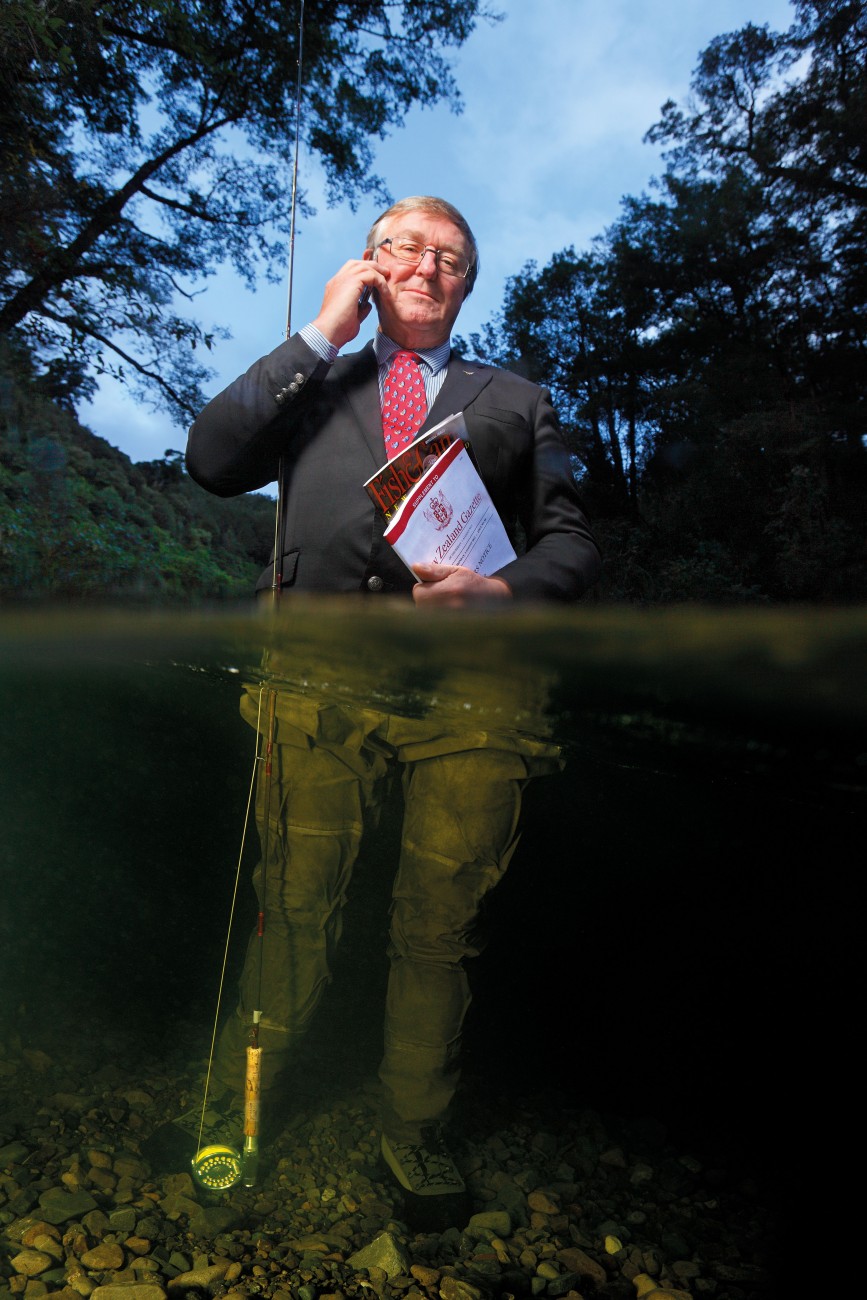 Emails from Bryce Johnson, the chief executive of the New Zealand Fish & Game Council, arrive with an arresting digital bumper sticker at the bottom of the message. A photograph of two dead trout beside a polluted stream is emblazoned in lurid red letters with the words, “Save the RMA”.

“We’ve come to realise that the best way to be fish and game managers is to be habitat conservers,” says Johnson. “If you look after the habitat, the animals will look after themselves—that’s the principle on which we operate.”

The Resource Management Act is the “habitat act”, he says—the statute that is supposed to protect the environment—but its effectiveness has been undermined “because of the failure of successive governments to provide policies to guide regional councils, and because the councils themselves have increasingly become development agencies on behalf of government”.

In standing up for the RMA, Johnson says his organisation is protecting the interests of all New Zealanders. He says groups such as Fish & Game, Forest & Bird, the Environmental Defence Society and others have ended up becoming the “thin green line” because government agencies that have statutory responsibility for protecting the environment, such as the Department of Conservation, are failing to do so. “It’s a sad indictment on New Zealand that it’s the environmental NGOs and a not-for-profit organisation in the form of Fish & Game that are the primary advocates for our 100% pure brand.

“DOC should be speaking out, but it’s had its wings clipped,” says Johnson. “DOC’s mandate to protect rivers is very clear. Section 6 of the Conservation Act says the department is obliged to ‘protect recreational freshwater fisheries and freshwater fish habitats’. But it’s the anglers and hunters who are standing up for the environment on water and river issues.”

Johnson has been an advocate for fish and game since before the current organisation was created. In 1980, when he started, advocacy for introduced fish and fowl was in the hands of acclimatization societies—as it had been for the previous 120 years. These colonial relicts, established for the purpose of introducing new species, became Fish and Game Councils under the Conservation Law Reform Act 1990. There are 12 regional councils responsible for the day-to-day field management and a national council responsible for advocacy and regional coordination, funded entirely by the sale of hunting and fishing licences—some 140,000 per year.

The councils are staunch supporters of the ‘user pays, user says’ model of governance, and are fiercely proud of their independence from government and corporate influence. “Sir Geoffrey Palmer once said, ‘There are none so motivated as those who have to live by the consequences of their own decisions’,” says Johnson. “End users have the strongest motivation to get it right.

Johnson, a keen angler and hunter, studied ecological and agricultural science at Massey University, and became a farm adviser with the former Ministry of Agriculture before studying wildlife management at Otago. His first thesis was on chukor partridge in the Otago high country, but before he could finish the second one he saw an advertisement for general manager of the acclimatization societies, and won the position.

It was apparent to him then, and has been ever since, that New Zealand is running out of unmodified habitat.

“The environment is finite,” he says. “There’s only so much land and so much water. The idea that you can have infinite growth based on a finite land and water resource has to be the ultimate oxymoron. I call it the salami syndrome, where each generation slices off a little bit more of what becomes a little bit less. New Zealanders are finally waking up to the fact that the salami is getting very short indeed and that limits on agriculture are inevitable.”

One of the newsletters Fish & Game puts out—for its 12-gauge-toting members—is called ‘Both Barrels’, a title that could equally describe the organisation’s campaigns and court cases against “dirty dairying” and the proliferation of big irrigation schemes.

“Over the past 30 years there has been a gradual shift, now a headlong plunge, towards intensive agricultural development, and that’s having massive impacts on the quality of freshwater habitat,” he says.

Johnson says one of his primary goals is to see a transition to environmentally sustainable agriculture. He likes to quote Herman Daly, a former senior economist at the World Bank, who famously commented that the economy is a wholly owned subsidiary of the environment, and that Western economies need to stop treating the planet as if it were a business in liquidation. “The rural sector is starting to get that. Industry is starting to get that. The group that doesn’t seem to get it is central government.”

To that end, Fish & Game has invited political parties to declare their position on five questions of relevance to its members, ahead of this year’s general election. Among the questions are whether the government should introduce a resource rental for the private commercial use of the public water resource, whether a national freshwater policy should include environmental limits to protect ecological health, and whether resource consent processes for taking water should include consideration of the environmental impacts of the intended land use.

Fish & Game will publish the results in its magazine in August—without comment, says Johnson—and let readers decide who best speaks to their concerns about fish, rivers, water and life.