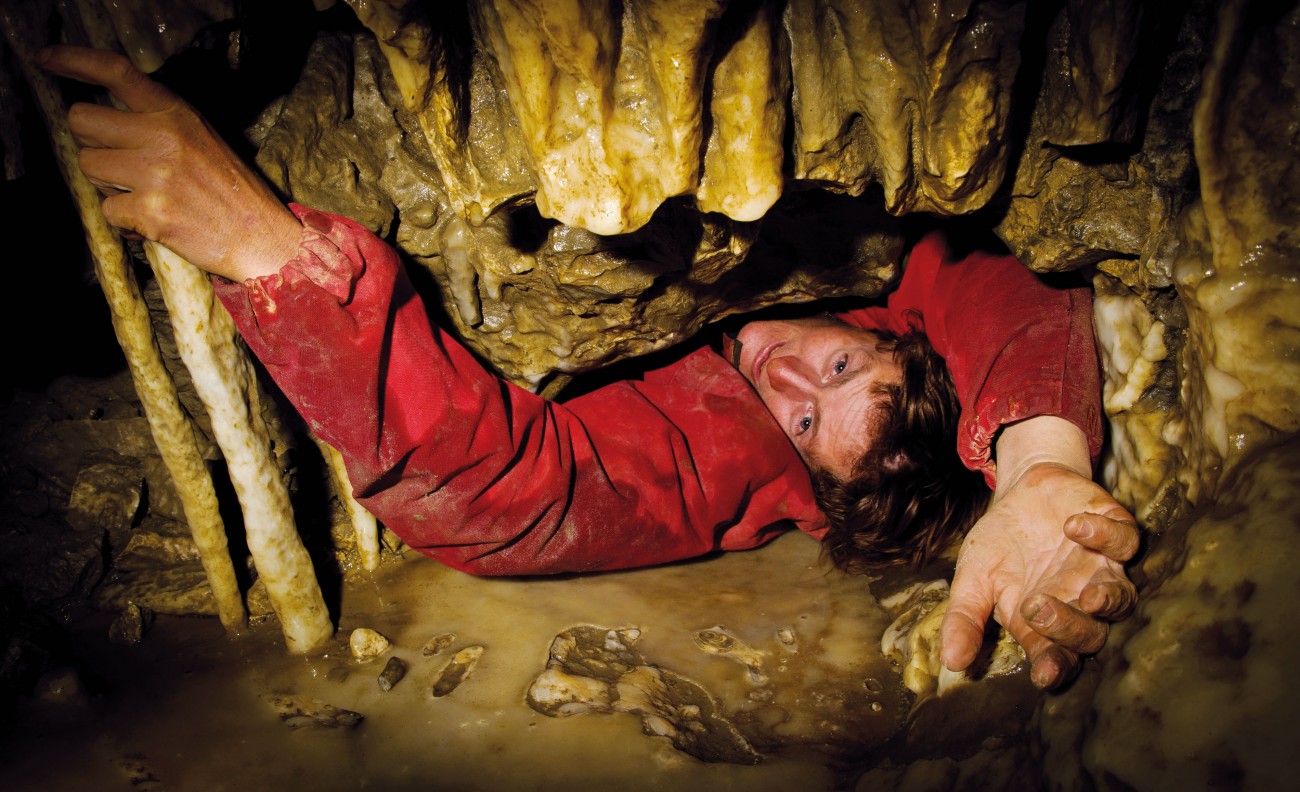 Ever since getting stuck in a narrow cave “squeeze” when he was 16, Neil Silverwood has trembled at the thought of tight spaces. And yet he keeps going back into some of New Zealand’s deepest and most hazardous cave systems in search of adventure.

Silverwood, who guided writer Derek Grzelewski on a caving feature for New Zealand Geographic back in 1997, bought a camera soon after that expedition, intent on being published in the magazine one day. From then on, he attempted to wed the disciplines of photography and caving, discovering that they are not a happy couple.

Constant exposure to water wreaks havoc with electronic circuitry, and the humidity of cave systems fogs lens elements from the inside out.

But the lack of natural light—that first requirement of the photo­graphic art—was the greatest hurdle. The advent of modern digital cameras with higher light sensitivity and, in particular, flash guns that can be triggered made that job substantially easier.

And in this respect, Silverwood is quick to credit the rest of the caving team for their “patience and help”. Not only did they stand as still as statues in the darkness while wet, cold and tired, but they were also required to climb ropes with remote lights or lumber off into the distant recesses of chambers to paint the vault with light to give a sense of space while Silverwood fiddled with expo­sure and balanced strobes. Like just about any activity underground, photography is the work of a team.

“My aim was to produce shots that would be good enough to be published in New Zealand Geographic,” says Silverwood. “I felt like the Stormy Pot story needed to be told. New Zealanders are unaware that people are still out exploring, and the last known corners haven’t been reached yet.” Now that you’re reading this, Silverwood has been successful in all of those ambitions.