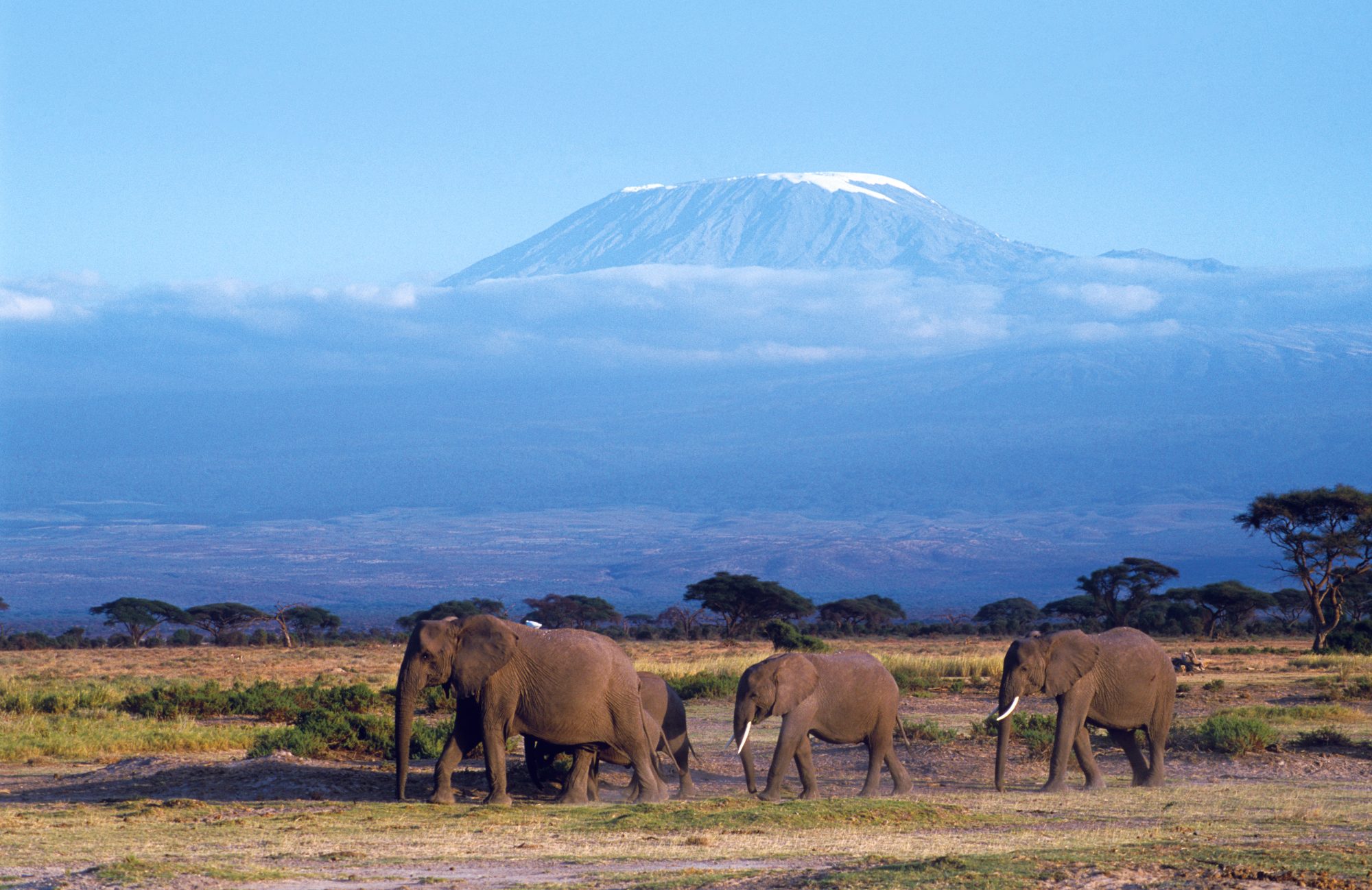 Home to some 3.7 million people, the 43,000 sq km Pangani River Basin stretches from Kilimanjaro’s highest slopes eastwards to the tropical estuary near Pangani town, 300 km north of Tanzania’s one-time capital, Dar es Salaam. The river pass­es through the country’s prime sugar plantations as well as considerable swamp resources, the Jipa and Chala wetland lakes and the Nyumba ya Mungu reservoir, all of which sup­port fisheries. It also skirts the rich forest ecosystems of the Eastern Arc Mountains, one of the world’s top 25 biodiver­sity hotspots. Here, it is believed that some 30 per cent of the estimated 2000 plant species, including the delicate African violet Saintpaulia, are endemic, while up to 80 per cent of the region’s spider and millipede populations may have ranges that are limited to a single mountain. With two annual wet seasons to replenish its waters, the Pangani and the people it has served have thrived. That is, until recently.

In 2000, communal violence broke out in villages along the Pangani’s Hingilili tributary in the East Pare Moun­tains, 200 km east of Moshi. The river’s lyrical name belies the seriousness of the event. District police were called in to calm the situation and restore order, while administrative authorities embarked on a lengthy process of dialogue and conflict resolution. At the heart of the problem, quite sim­ply, was access to water.

For centuries, the waters of the Pangani and its tributaries were controlled by customary law, enforced at the discretion of local chiefs. It was an efficient system where traditional knowledge, passed down through generations, recognised the fact that the highlands of the Pangani River Basin receive markedly more rainfall than its lowlands and acknowledged the need to secure water for downstream users and the overall health of the ecosystem.

This communal and ecological awareness was scuttled in 1972 with the introduction of centralised political and social control that divided the Hingilili River into upland and low­land administrative areas and, in so doing, effectively elimi­nated all previous integrated, community-controlled water management. In a single political act, the region was cleanly bisected and the annual flow of the Hingilili began to choke.

It was, in many ways, a classic tragedy of the commons.

With disregard for their lowland neighbours, upland agricul­turalists extracted increasing volumes of water and built ad­ditional channels and furrows to irrigate their growing fields.

The quantity and quality of the water that reached down­stream users, predominantly pastoralists, began to deterio­rate. By the 1990s, changes in rainfall patterns had also be­come increasingly noticeable and the livelihoods of lowland communities were severely threatened. Downstream furrows and intakes fell into disrepair and heated exchanges finally boiled over into outright violent clashes.

Are these troubles an early indicator of the impacts of cli­mate change—a precursor to the much-touted global water wars? If so, what is being done about it?

The satellite images are stark. Kilimanjaro’s iconic ice cap has retreated 75 per cent since 1912, taking with it the glaciers that help to feed the Weru-Weru and Kikafu rivers, important branches in the headwaters of the Pangani. While it is not clear whether the increase in average global temperatures (up by 0.35°C since 1979) has contributed di­rectly to the glacier melt, it has certainly impacted on the mountain’s rainfall patterns. Since 1948, there has been a small but significant decrease in humidity on the mountain, which not only affects glacial stability (most ice accumulation occurs during the wet season), but also the replenish­ment of the mountain’s many rivers. For the Pangani, which receives more than half of its water from these slopes, the net result has been a reduction in flow.

At the river’s end, the situation is no better. The Pangani estuary, formerly a rich concentration of marine and aquatic biodiversity, is salting over as the Indian Ocean’s incoming tides dominate the river’s weakening freshwater flow. Pollu­tion is up and levels of dissolved oxygen, vital to fish and plant populations, are down. 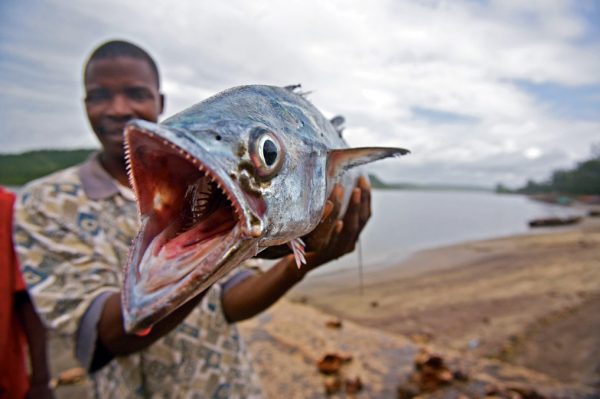 Historically the people of the basin might have had the adaptive capacity to withstand these changes, but rapid social and economic shifts in the past 25 years are placing exceptional pressure on the region. Population growth is visible and the surrounding forests are under threat as tradi­tional subsistence-farming lifestyles expand into previously virgin areas. Between 1952 and 1982, the natural forests of Kilimanjaro—a vital component of its catchment capacity­ were reduced by 41 sq km.

New high-end commercial agricultural activities in sisal, flowers, vegetables and tea for the European export market are causing demographic movements into the main towns of Arusha, Moshi and Boma Ng’ombe, with unprecedented pressure being forced on their infrastructure and services. In 1995, total water demand in the Tanzanian portion of the basin was 155,000 cubic metres per day (the equivalent of 62 Olympic-sized swimming pools). By 2015, this is expected to top 284,700 cubic metres per day.

Electricity demand, too, has increased, and the Pangani has been dammed in three places for hydropower purposes, with the aim of delivering 17 per cent of Tanzania’s electricity needs.

The dams were built specifically to restrict the coun­try’s dependency on fossil fuels and to ensure its own energy security, yet, as Tanzania’s economy grows and consumes more natural resources, the opposite is happening.

All of these sectors demand high volumes of dependable water. Commercial farmers are intensive irrigators and ac­count for the greatest use of water in the basin; rural villagers rely on it for drinking, food security and fishing; and hydro­power needs a strong, consistent flow. But the Pangani and its ecosystem, already compromised by a series of climate change body blows, is buckling under the pressure.

“Quite simply, the water is limited and the demands are high,” says Kelly West, head of the International Union for Conservation of Nature’s (IUCN) East Africa Water Pro­gramme, alluding to the situation along the Hingilili.

West and her colleagues from the IUCN are working in partnership with a number of agencies to assess the river’s en­vironmental flows (the amount of water required to maintain a healthy ecosystem) as well as the environmental, social and economic needs of the people who depend on it. The infor­mation is being collated under the auspices of the Pangani River Basin Management Project (PRBMP) in Moshi and is used to inform decisions on the allocation of water. “You can’t just consider environmental flows without considering the economic and social aspects of water-allocation scenarios,” says West. “It fits with the triple pillars of sustainable devel­opment, requiring trade-offs between different water users, including the environment, to be made.”

There is still debate over how much climate change has to do with the recent battles over water. Tanzania’s Minis­try of Water says the conflicts were an “early indication” of the impact of climate change. The ministry’s man-on-the­ground in Pangani, River Basin Officer Hamza Sadiki, is more straightforward: “There is climate change, and people are crying out to us,” he says. “What can government do? We tell [people] they have to change their lifestyles.” The PRBMP, on the other hand, is quick to point out that climate is only one of many key changes taking place in the Pangani, and is demanding more information.

More certain is that urgent action is required if more vio­lence is to be averted and to ensure the Pangani has enough water to survive. One way could be through promoting un­derstanding among the communities vying for the same scarce resource.

Community liaison officer Nasim Losai has been involved in the community negotiations for many years and is well aware that the success of “water-user dialogue” is often pre­carious and dependent on emotional reactions to changing social and environmental conditions. “The one thing about community dialogue,” she says with a smile, “is that it takes time.”

But for generations past, the waters filling this river were constant and abundant, and within living memory this has changed dramatically. If there isn’t enough water, there isn’t that much time.