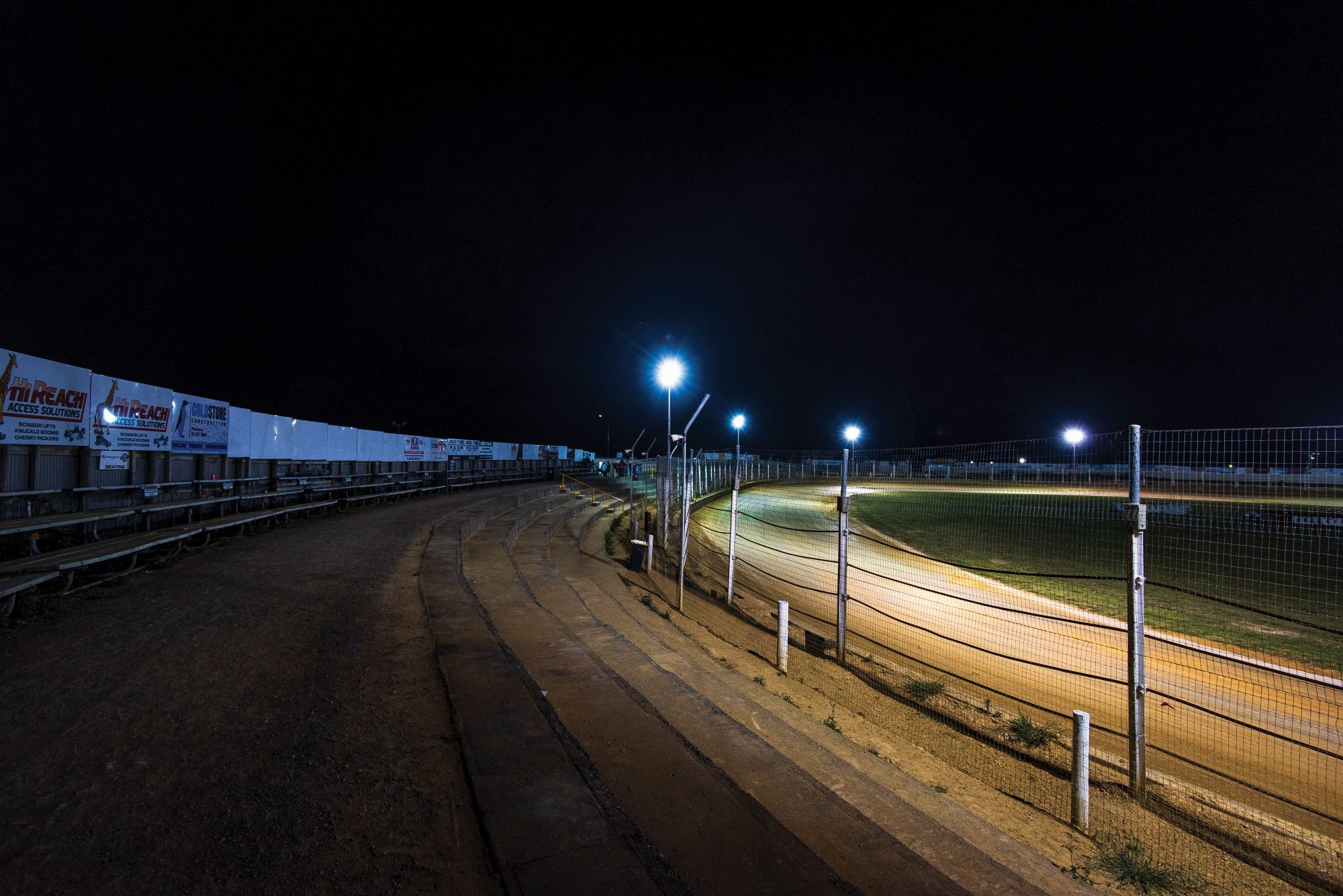 Morgan Dumelow was trapped. After smashing into a concrete wall at 70 kilometres per hour, the steel bumper of her 1500-kilogram V6 stock car had bent like foil, wrapping around the vehicle almost as far back as the wheels. She was lying on her side up against the wall. Just another day on the track, she thought.

“We’re the only people in the world that race stock cars as we do—full contact,” she says. “You’re essentially having a high impact car crash.”

Stock car racing has its roots in Prohibition in the United States, where bootleggers built unobtrusively high-performance vehicles designed to blend into society but with enough power to outrun the police. That legacy continues in the US, where NASCAR competitors at least superficially resemble passenger vehicles.

In New Zealand, however, stock car racing looks much different. The tracks are clay and the cars squat, utilitarian things, designed to withstand huge impacts, wrapped in bumper bars that would make a trucker proud. But given the aggressive driving and destruction derby tactics, durability is a necessity. Contact isn’t only permitted—it’s encouraged.

“People can spin you out deliberately,” says Dumelow. “They can fire you off into the concrete wall and they can do that on purpose. It doesn’t have to be an accident. All you can do is race and hope no one wants to take you out.”

Dumelow is one of only 30 to 40 women competing in New Zealand’s stock car racing circuit, and the only one at her home track in Nelson. And for the most part, her competitors take her seriously.

“I think there’s some guys who don’t wanna be the guy that hits the girl or takes the girl out, but I think I get treated pretty much the same—some guy gave me a good hit last weekend when I was racing in Greymouth. But it’s because they respect me as an equal competitor, because I go out there and I win races. I think it’s pretty fair treatment; I hit them with my car and they’ll hit me right back.” 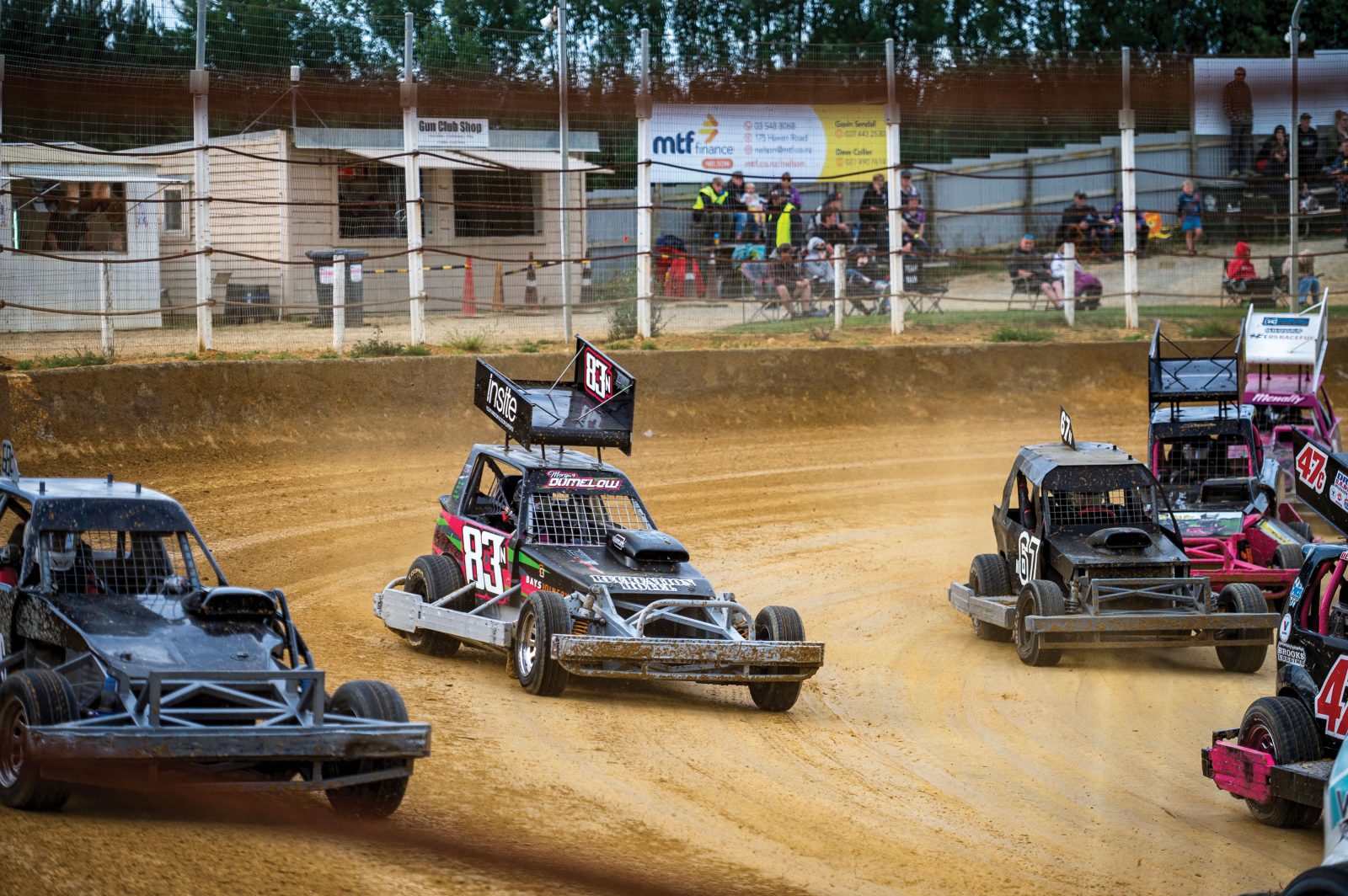 Just five years into her career, Dumelow says her approach to racing has matured as the quality of opposition has increased. Outside competitions, she follows a strength and conditioning regime for performance and injury prevention.

“If you get fatigued, you make mistakes and that’s when you lose races. It’s 15 laps of full focus. I strengthen my neck and back to help prevent injury from a big hit, and I warm up before races. People look at me weirdly, but then they get injured. You always warm up for a game of rugby, so why wouldn’t you warm up if you’re gonna go and smash into a concrete wall?” 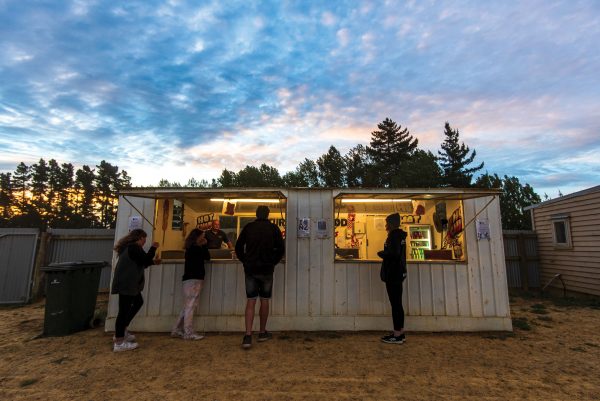 The preparation and training means Dumelow no longer “feels like throwing up” on race day, when as many as 30 stock cars wait roaring for the green light. But racing is only half the game. These days, vehicles can cost six-figure sums. Dumelow maintains a network of sponsors and a thriving social media presence.

“There’s some classes of competition like street stocks where the cars just look like a beat-up old street car. The drivers have about seven teeth and a cigarette hanging out their mouth. But the sport is becoming professional. The amount of money and the amount of time that goes in is growing.

“A lot of people in the sport are out working corporate jobs, they’re massive business owners. It’s just not as bogan as what it used to be, you know?”

How the road was won

The making of our newest Great Walk

The charge of the light brigade