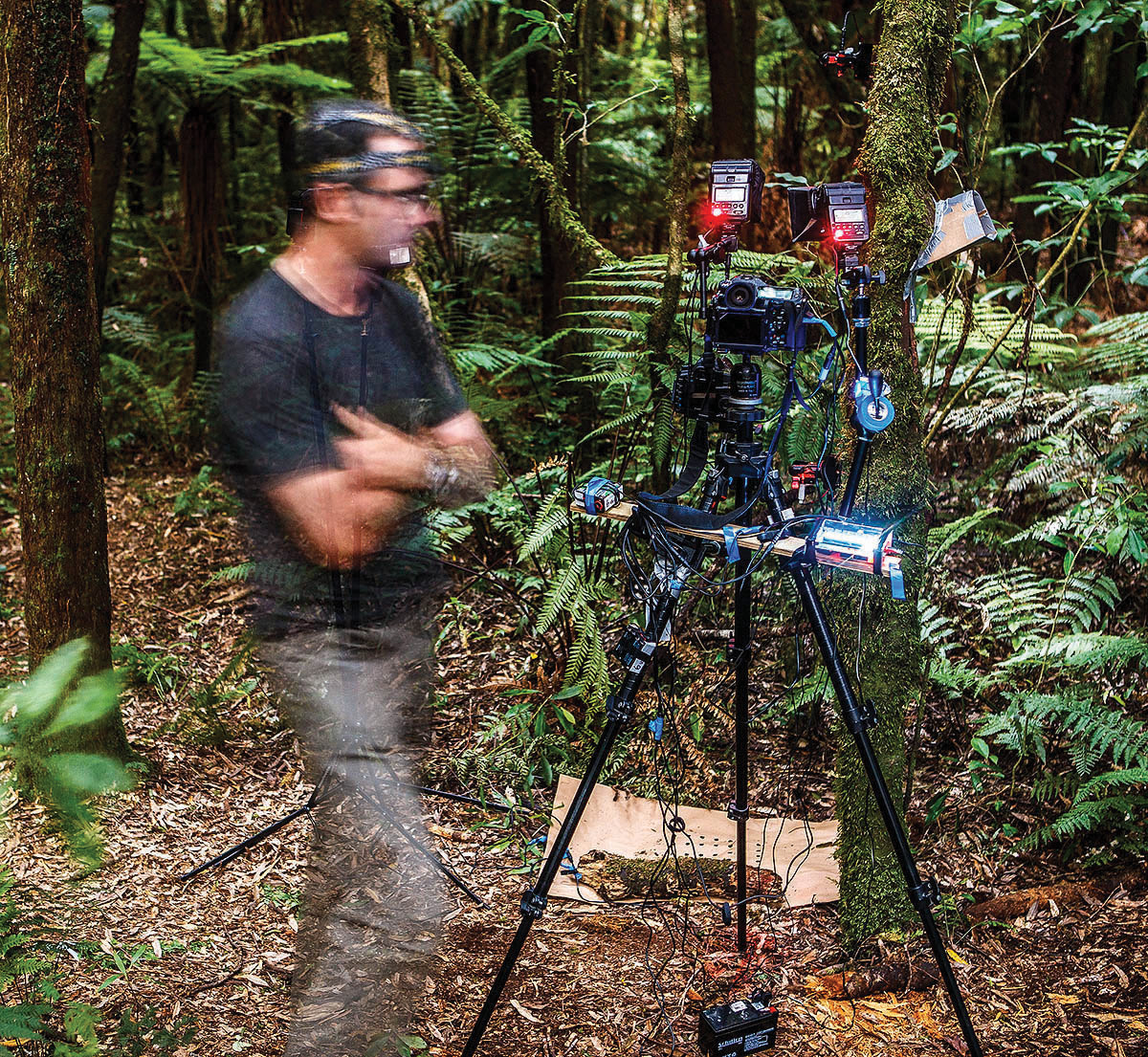 It took Rob Suisted a year to invent a camera rig that could photograph very small, extremely fast, surprisingly unpredictable animals in the middle of the night.

“I had to build a mini computer and program it to operate cameras, lasers and flashes,” he says. “Nothing really existed to do what I wanted to do.”

Fast, tiny, dark: three elements that rachet up the difficulty setting for any photographer.

“It needed a whole mix of different light considerations. I had to be able to find the bat, sort out the right delay, so that it was going to be at the right place in the photograph, as well as light the background.

He trails off. He’s exhausted just thinking about it. “It was technically very difficult.”

It took Suisted “four or five hours” to set up his equipment on location during the annual bat radio-tagging operation in Pureora Forest Park. When night fell and he started shooting, he realised he had terribly underestimated the species.

He thought he would be able to trace the general trajectory of the bats’ flightpath as they were released after radio-tagging. That turned out to be impossible.

“I was watching them fly away and every single one of them did it differently. Some would come out backwards, upside down, some of them upright, some of them giving us the bum steer. It was just amazing how manoeuvrable these things were. They were basically doing aerial acrobatics.

“All of them have such an individual character to them. There’s no standard behaviour. I got a lot of respect for these little guys in the end. They’re like little mouse-sized pitbulls in their attitude.”

It was a very steep learning curve on a short timeframe—the tagging operation was so successful it finished a night early.

“The first night, I realised how frustrating it was. The second night, we reassessed, and had a bit of success.”

Suisted, a former conservation manager for the Department of Conservation, now a wildlife photographer, is no stranger to bats. But this assignment taught him the difference between New Zealand’s two remaining species: long-tailed and short-tailed.

“Those short-taileds are so frenetic. They don’t relax. They’re like someone who’s had about 50 coffees. They’re just jittering, shaking, biting all the time.

“Long tailed bats are so nice and cute and everyone loves them, but they’re shorter on character.”