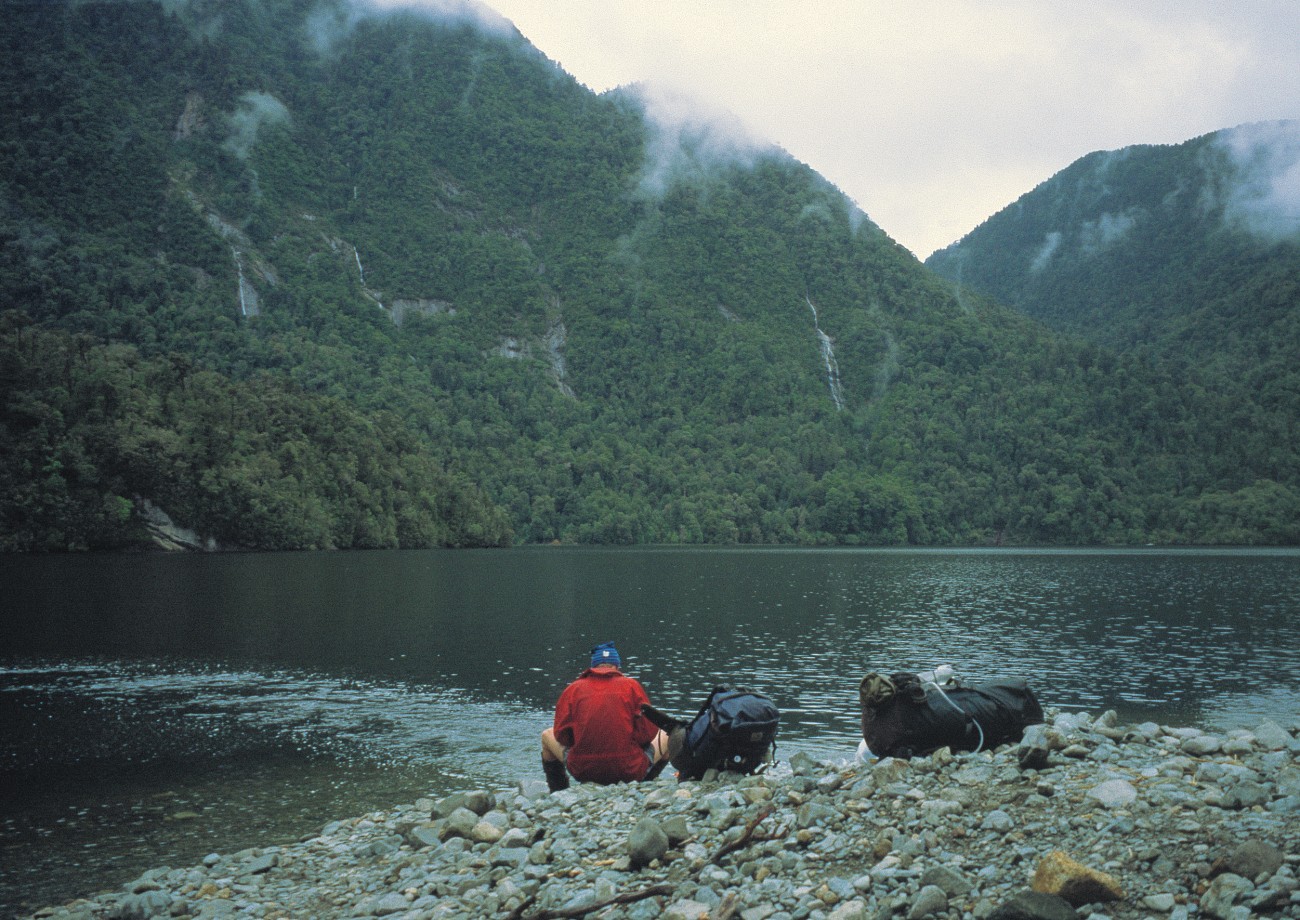 In April 2000 I had the pleasure of presenting a paper on New Zealand’s weather patterns to the Conference on Southern Hemisphere Meteorology and Oceanography, in Chile. The conference has been held every four years or so since 1982, when a growing awareness of the differences between weather systems in the northern and southern hemispheres was emerging.

Much of our knowledge of how the weather works has been led by studies of northern-hemisphere weather over the past 100 years. So, when southern-hemisphere students of meteorology open a text­book, one of the first problems they come up against is that the patterns of isobars and fronts in the weather maps appear upside down and back to front.

Similarly, discussions of the dynamics of developing depressions may refer to the importance of upward air motion occurring on the southern, or right-hand, entrance to a high-level jet stream. In the southern hemisphere this will occur on the northern, or left-hand entrance to the jet.

Another obvious discrep­ancy is that the seasons are reversed between the hemispheres. Any reference to weather to be expected in such and such a month needs to be changed by six months for us antipodeans. Hence T. S. Eliot’s line about April being the cruellest month (reflecting the mortality of newborn animals in spring snowstorms) should be recast as “October is the cruellest month” for southern-hemisphere residents.

Nor is it just a matter of summer and winter occur­ring in different months. Because the Earth’s orbit around the Sun is elliptical rather than circular, the Earth is closest to the Sun at one time of the year and farthest away six months later. At present, the Earth is closest to the Sun in January and farthest away in July. Consequently, visitors from the northern hemisphere are more likely to get sunburnt in our summer than we are in theirs, as the Sun’s radiation reaching Earth is about seven per cent more intense in our summer than it is in the northern summer. This is slowly changing, and in about 10,000 years the opposite will be true.

One of the most impor­tant factors controlling the distribution of weather around the world is the location of warm and cold ocean currents, continents and mountain ranges. The North Pole, for example, lies beneath ice that is only 10 m or so thick, whereas the South Pole is covered by an enormous ice cap over 3 km thick. Hence the pole­to-equator temperature difference is greater in the southern hemisphere than in the northern, and as a result the mid-latitude westerlies are stronger and more persistent in the southern than in the northern hemisphere.

The southern westerlies also extend further towards the equator than the northern westerlies. This causes the convergence zone in the tropics between In the southern hemi­sphere, there is almost no land between south-east trade winds and the north-east trade winds, sometimes known as the meteorological equator, to be shifted between 5 and 10 degrees north of the geographical equator, depending on the time of year.

As a result, in the north­ern hemisphere the average wind patterns transport heat away from the equator towards the pole, whereas in the southern hemisphere it is the transitory wind patterns associated with mobile depressions that achieve this effect.

The effect of persistent westerlies on New Zealand’s weather is nowhere more evident than in the contrast between the climates of Canterbury and Westland. As westerly airstreams are forced upwards by the Southern Alps, heavy rain falls over the forests on the West Coast side of the main divide while the descending air on the eastern side brings little or no rain to Canter­bury. If easterly winds were as predominant as westerlies now are, the situation would be reversed, with dry grasslands on the West Coast and rainforest over Canterbury.

In Chile the effect of the westerlies is clearly seen south of about 39° S, which is about the latitude of Taranaki. Here, as in New Zealand, there is a major mountain chain forcing the air to rise. Rainfall varies from plentiful to torrential, depending how far south you go or how high up in the mountains you are. As with Fiordland and Westland, there is no real dry season, and heavy rain can occur in any month of the year. Consequently, the coun­tryside in southern Chile looks a lot like western areas in New Zealand. Also, in both countries extremely strong winds occur over the ridge tops and around the ends of the mountains in places such as Cook Strait in New Zealand and Punta Arenas in Chile.

But if there are parts of New Zealand which resemble southern Chile, we have nothing here to match the Atacama Desert, which stretches for over 1000 km along the coast of northern Chile. Over a large part of this desert rain falls, on average, on only one day a year, and some places go many years without any rain. Paradoxi­cally, the Atacama Desert can still experience floods, as it did earlier this year when weeks of heavy rain occurred in the Andes near the border with Bolivia. Swollen rivers descending through the desert to the sea took out road and rail bridges and caused millions of dollars’ worth of damage.

The lack of rain over the Atacama Desert is caused by a cold ocean current known as the Humboldt Current, flowing along the coast of Chile towards the equator. The cold sea surface makes the air in contact with it colder than the air at higher altitudes. This makes the atmosphere very stable and resistant to the upward motion necessary to make rain. It also helps fog and low cloud to form, so the plants and animals in the region have adapted to absorb water directly from the air.

People in the area have devised a way of “harvest­ing” the clouds, using special nets erected on the hillsides. As the cloud drifts through the net, water droplets stick to the mesh, then trickle down to containers below.

Once the Humboldt Current moves north of Chile it passes much of the coast of Peru before turning west into the tropical Pacific. The low sea surface temperatures it brings to this part of the tropics prevent tropical cyclones forming, so the north of Chile is spared the intense tropical storms that New Zealand experiences from time to time.

The stabilising effect the Humboldt Current has on the atmosphere also explains why thunder­storms are much less common in Chile than in New Zealand, and torna­does unheard of.

Cold ocean currents are found off the west coasts of all the other southern-hemisphere continents, causing similar dry conditions. For example, off the west coast of Africa there is a cold current that has caused the Namib Desert. Also, west of Australia there is a cold current which contributes to the dry conditions north of Perth. By contrast, the eastern coasts of these continents have warm currents and usually plentiful rain.

Of course, the influ­ences are not all one way, from the ocean to the weather. Strong winds move surface water around, causing the upwelling of cold sub-surface water and contributing to the formation of major ocean currents. There is no better example of the complex feedbacks between weather and ocean than the El Nino Southern Oscilla­tion phenomenon which has such a strong influence on the climate of the whole Pacific basin.