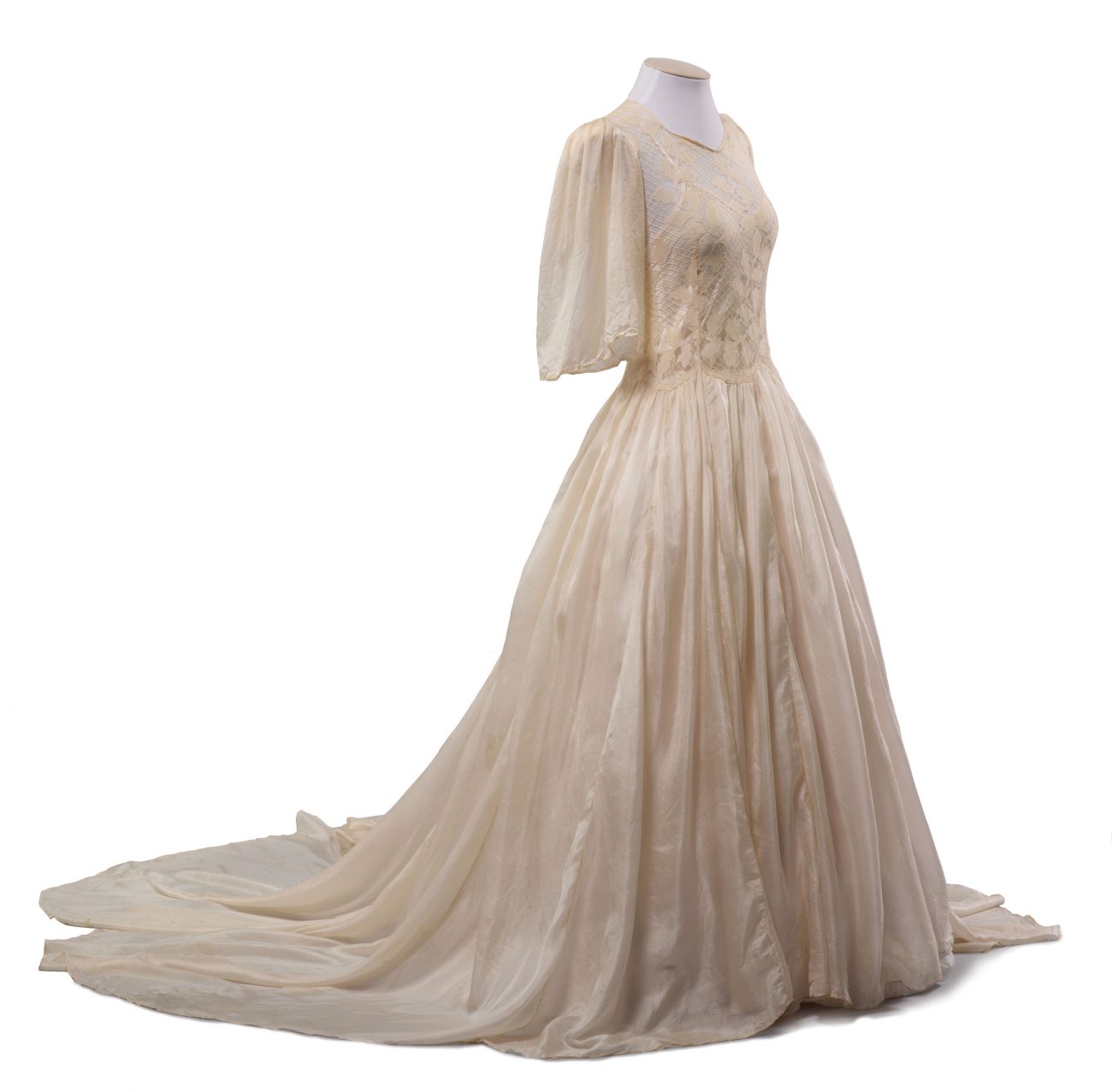 Fabric rationing during World War II meant that scores of brides wore dresses that were far from the extravagant wedding garments they may have dreamed of­ unless they had a parachute.

Carol Gifford from Taranaki was presented with a silk chute brought home by her groom, returned serviceman Owen Thomas, who had been posted in the Pacific. While the real prize was up to 65 sqm of silk free of rationing restrictions, the parachutes also featured cords for ruching and panels of zigzag seams.

During wartime, bridal garments were typically a simple suit or one’s best dress. Supplies of silk had dwindled when the main supplier of the time, Japan, became allied with Germany and Italy, and silk supplies already in circulation were diverted to parachute manufacture. Unless the bride was donated extra rationing coupons, the amount of fabric available would service only minimalist tastes—the trailing skirt with embroidered bodice on Gifford’s dress would have been a lavish addition.

The dress was never worn again after the wedding ceremony on August 8, 1946, at St Andrew’s Presbyterian Church in New Plymouth. However, the sleeves were later removed and the silk used for the family’s christening dresses.