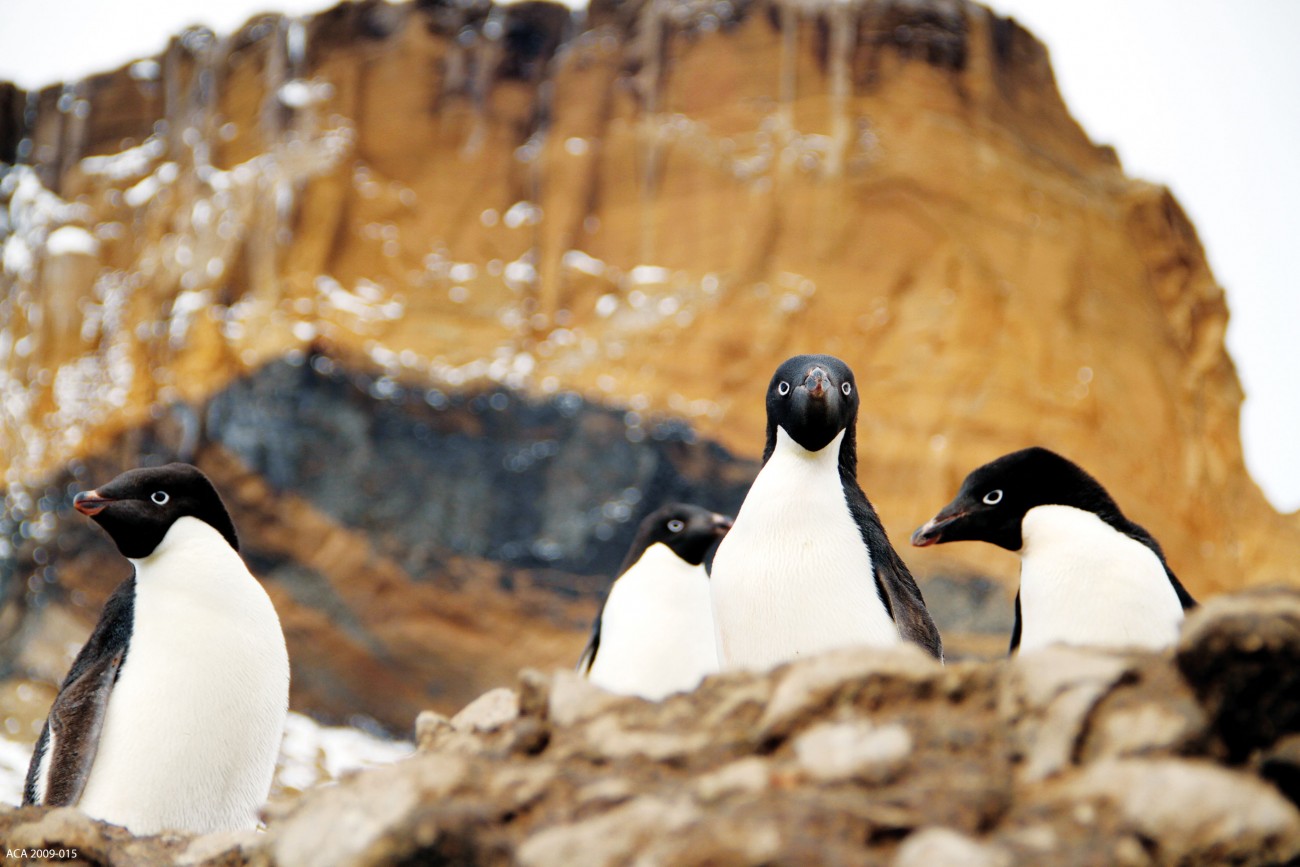 Since 1958, Researchers from New Zealand and the United States have tracked a colony of Adélie penguins on Beaufort Island in Antarctica. Nesting space on the island is confined to glacier-crushed gravel between areas of permanent snow, forcing new arrivals—even if they were born on the island—to nest in colonies on the mainland.

Comparing aerial and satellite photo­graphs taken of the colony over the past 52 years, researchers noticed that as the ice receded, the Adélie penguins moved into the space and bred.

“The colony at Beaufort has been growing for some time because of the loss of glacial ice on Beaufort Island,” says one of the study’s authors, Michelle LaRue. “They now have more room to grow and to stick around the colony.”

Beaufort Island is unique in that the sea ice extent is growing at the same time as the land ice is decreasing, which brings the ice where the penguins linger, feed and seek shelter out of breeding season closer even as their digs become more commodious. The Adélie penguins on the Antarctic Peninsula, where sea ice has been retreating, haven’t been so lucky, says LaRue. Their populations have suffered from the loss of sea ice and higher rainfall.

Adélie penguins may also benefit from another human intrusion. As Antarctic toothfish are removed from the Ross Sea with increased fishing activity, their shared prey, silverfish, should become more abundant.

“There is more going on in Antarctica than just climate change, and human activities are also having an impact on the ecosystem and the food web,” says LaRue. “All the southern Ross Sea colonies have recently begun to grow rapidly.”