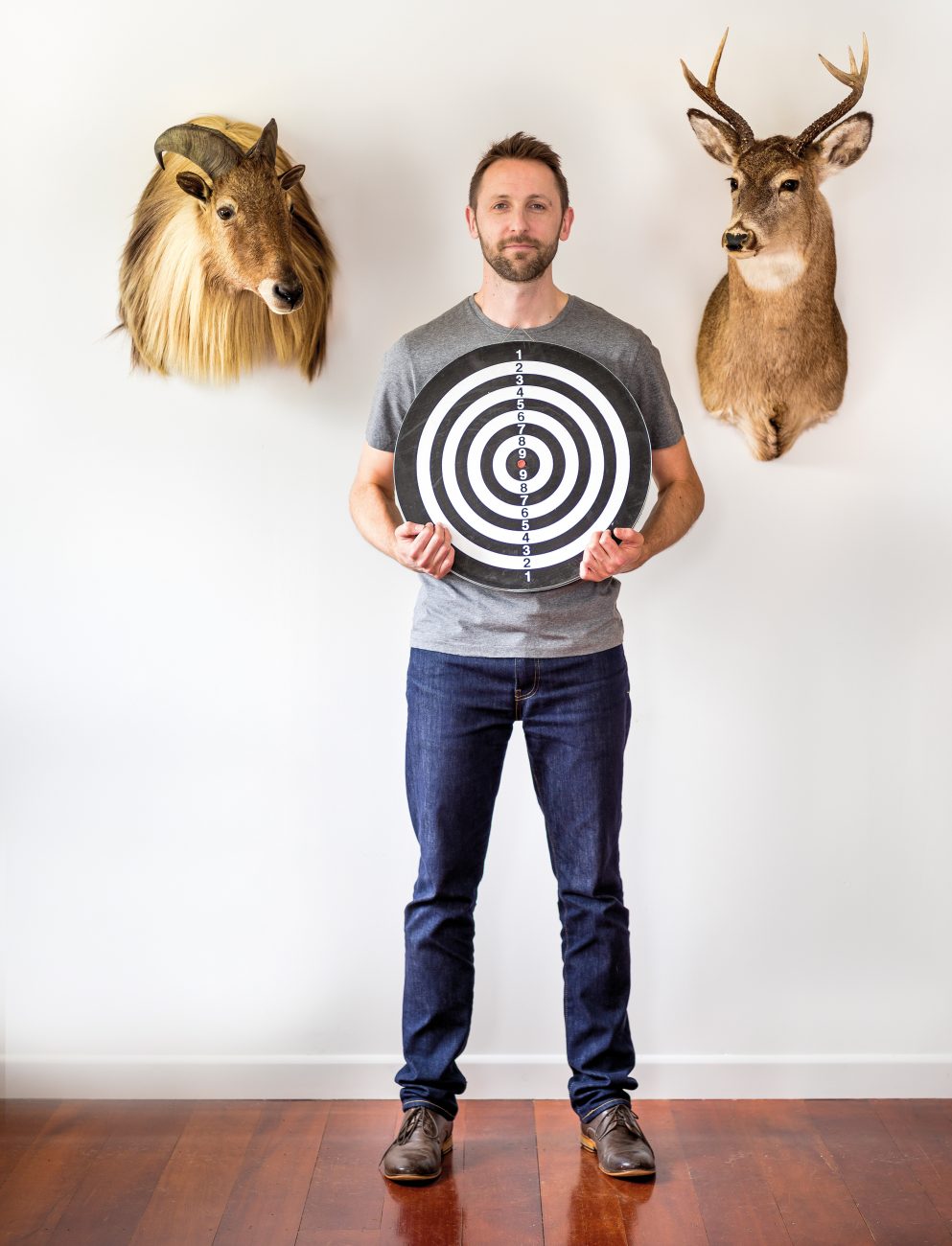 Kiwi scuffling in the bush by night. Kākāpō falling from trees like ripe fruit. Birdsong so raucous that people have to retreat from it for a moment of peace. This is the future envisioned by New Zealand conservationists—a return to the past, actually—but it’s not a dream that Jamie Steer shares.

Steer says that he doesn’t need kiwi fossicking in his garden for the species to be safeguarded, that he wouldn’t swerve to hit a possum, and that we’ve failed to ask if removing introduced predators is a good idea. Instead of eradicating them, couldn’t we just learn to live with them? Possums are ours as much as tūī and tuatara, he says; we just haven’t accepted them as locals yet.

It’s heresy, and that’s exactly what interests Steer. He has a doctorate degree in what he calls ‘reconciliation’, having spent four years studying our attitudes towards introduced species, examining why we feel about them the way we do, and investigating what it would take for us to embrace instead of execute them.

Steer embarked on a career in ecology the usual way—a master’s degree in the food-caching behaviour of New Zealand robins, consultancy work measuring the impact of development on ecosystems—but without acquiring the bias through which most New Zealanders view the species around them.

He noticed this for the first time at an ecology conference that focused on the attendees’ dislike of introduced mammals. Struck by his peers’ “black and white conceptualisation of nature in New Zealand” into good and bad, native and introduced, he set about trying to wipe the lens clear.

Why do we form moral judgments about species? If one of nature’s primary characteristics is flux, why do we seek to preserve it at a fixed point? Why don’t we allow our ecosystems to evolve?

And if we are seeking to preserve biodiversity, why don’t we focus on invertebrates, which form 95 per cent of New Zealand’s species richness? “The fact that we’re not, and we spend most of our time saving birds, shows you that it’s much more touchy-feely than that,” he says. “Conservation is much more about protecting stuff that we like than we’d care to admit.”

Possums, says Steer, are a good example of stuff we don’t like. It’s practically part of our national identity, running over possums—but why? “It’s an expression of people’s frustrations,” he says. “Possums aren’t from around here, they’re Australian, and we don’t really like the Australians very much. A lot of our attitudes towards introduced species are pretty unfair, to be honest.”

And this xenophobic attitude towards ecology is unfair to people, too. “People are taught to believe from a very young age that if an ecosystem contains a number of species that aren’t from that area, they shouldn’t really appreciate that because those species, they don’t really belong there. The real stuff is in that national park or on that offshore island—don’t worry about the ‘common’ stuff in your backyard. It encourages people to think very poorly of the environments which they’re most connected with.”

The raucous birdsong is already here, says Steer, it’s just not the ‘right’ kind. His Karori back garden has an “intense” choir every morning: hedge sparrows, bellbirds, song thrushes, fantails. Admittedly, his proximity to the Zealandia urban ecosanctuary ensures a stream of less-common birds, but this is Steer’s vision of New Zealand—safe zones where prized native species can nest, ‘novel’ ecosystems elsewhere that incorporate mammalian newcomers without persecution.

Steer is measured in his speech—it’s an argument born in the cold light of logic, not dogmatic fervour—but this is what he’s most passionate about: recognising everything that New Zealand has gained. Discussions of biodiversity usually focus on what has been lost, or what is in decline. Steer would rather talk about what we’ve acquired: tens of thousands of plants, mammals and birds, and new species constantly arriving.

“I think that we focus intensely on loss to the point that we’re almost blind to gains now,” he says. “That’s ironic because we have biodiversity in New Zealand now that is much more diverse than it was before people arrived.”

Steer doesn’t aspire to be a provocateur, simply to open up the floor on the subject. “If you’ve got your traditional conservationists at one end of the spectrum and you’ve got me at the other end, I think it gives people the opportunity to say, ‘Oh, we disagree with Jamie, he’s taking it too far, but we also disagree with the old guard as well.’ It gives them the opportunity to place themselves somewhere along the spectrum. It opens up the conversation.”