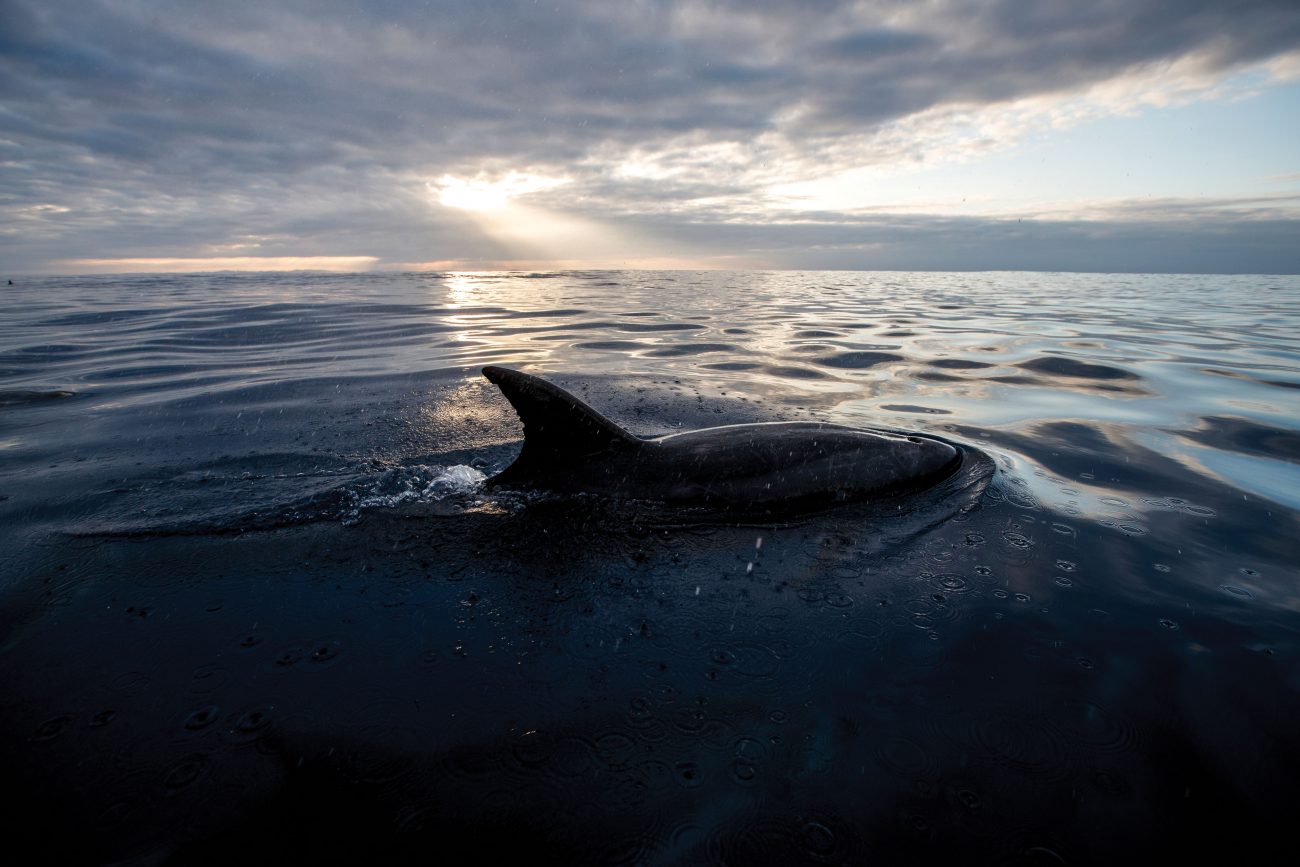 Where do Tamatea/Dusky Sound’s dolphins go? Starting in 2009, researchers spent a decade trying to find out, setting out 178 times in small boats in all seasons to track and identify the sound’s resident bottlenose dolphins—around 120 of them.

They found that the animals preferred to hang out in certain parts of the vast waterway, and that they particularly liked Te Puaitaha/Breaksea Sound (the long fiord at the north end of Dusky Sound) and the Bowen Channel (between Resolution and Long Islands).

However, from 2016 to 2018, the dolphins began to leave Breaksea Sound. Fiordland may be one of the wildest places in New Zealand, but human presence is increasing. The researchers suspect that increased boat traffic, the depletion of blue cod by recreational fishers, or the spread of the invasive weed undaria in Breaksea Sound could have something to do with the change.

As large predators, bottlenose dolphins are a critical part of the Fiordland marine ecosystem. Nearby Doubtful Sound/Patea and Milford Sound/Piopiotahi have special safeguards in place for dolphins, but not Dusky. The researchers suggest a number of options to protect them: extend the boundaries of existing marine reserves to include dolphin hotspots, restrict vessel traffic in those areas, and lower recreation catch limits within the entire sound. These ecosystem-based approaches would be more effective than another suggestion, the creation of a marine mammal sanctuary, says the University of Auckland’s Rochelle Constantine, who was not involved in the paper. “It’s better to look after the whole area so all the marine life is taken into consideration.”