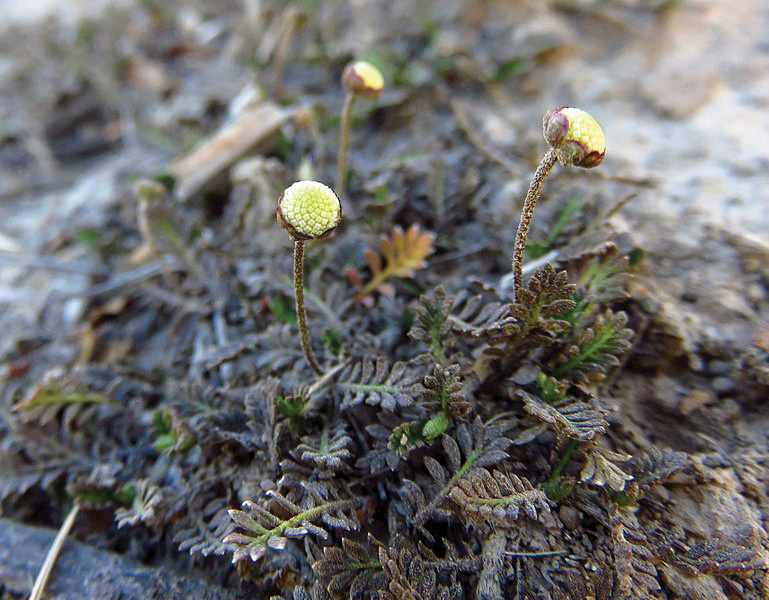 When a species goes extinct, you don’t expect it to reappear on the grounds of a fancy hotel, but that’s what happened to the slender button daisy, Leptinella filiformis. Once found throughout the Hanmer Valley and Molesworth Station, the daisy was becoming rare by the 1970s—it preferred open dry ground and didn’t compete well with pasture grass or weeds. By the 1980s, scientists feared it had quietly gone extinct.

In 1998, botanist Brian Molloy was visiting Hanmer Springs in search of orchids, and poked around the then-closed Hanmer Lodge, where Leptinella filiformis had been collected in the 1970s. Sure enough, it was still there, growing on the hotel lawn in the shade of larches and plums—a far cry from its normal habitat. DOC staff and Molloy returned to collect it just in time. Shortly afterwards, the hotel grounds were landscaped and the native weed eliminated.

Thankfully, Mollloy had collected enough to propagate and reintroduce to the wild. In further good news, Leptinella filiformis was rediscovered in the wild in 2015, growing in the Clarence River valley on Molesworth Station. The slender button daisy has managed to cheat extinction not once—but twice.