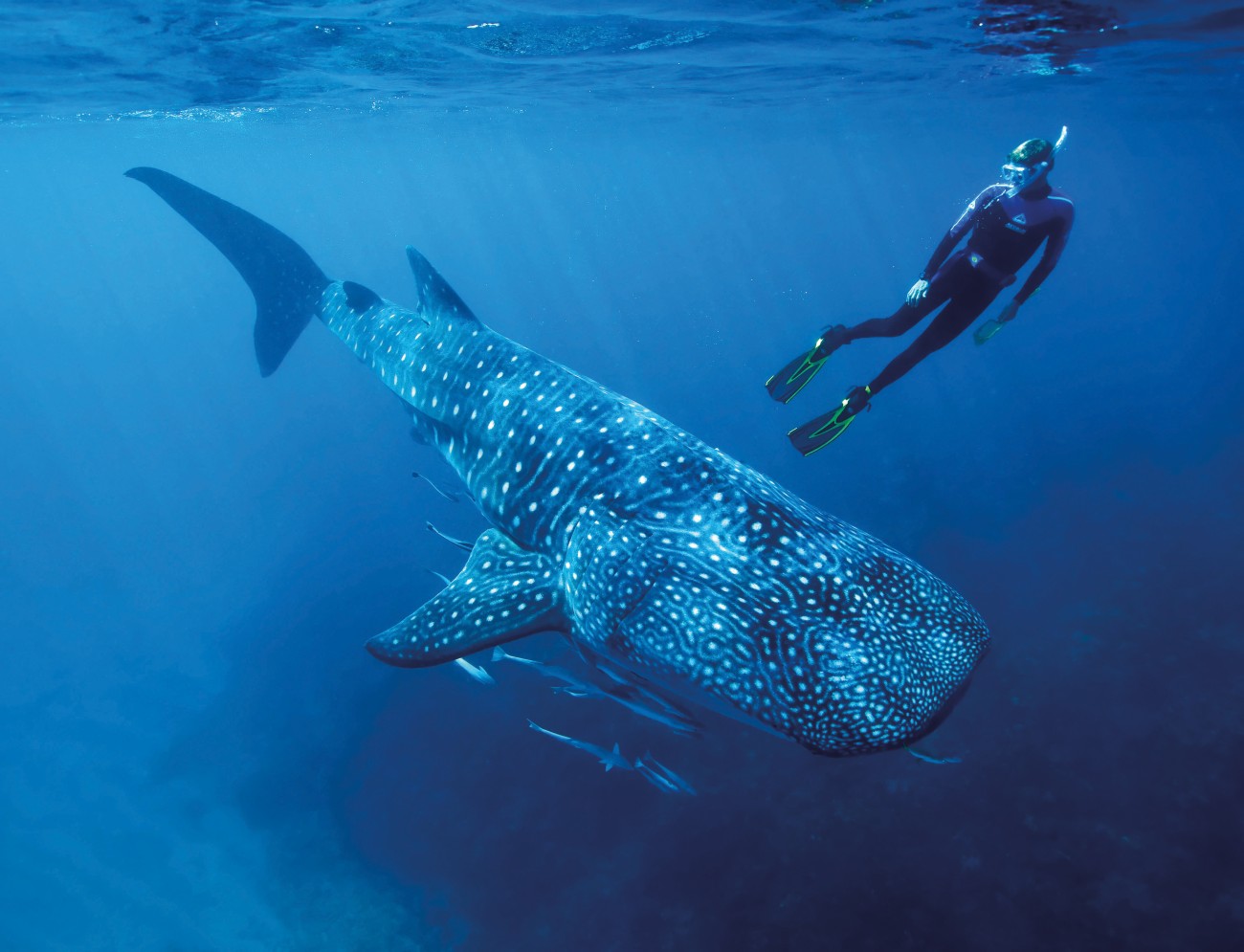 While most bony fish have swim bladders (gas-filled organs that let them control their buoyancy without using energy), most sharks are negatively buoyant, which means they’ll sink if they don’t swim.

But scientists from the Australian Institute of Marine Science have found the whale shark uses this feature to its advantage—it can descend in long, slow glides while opening its mouth to feed on baitfish, plankton and squid on the way. Principal scientist Mark Meekan says because whale sharks are able to feed on the descent, the energy conserved during this phase is greater than the energy it costs for them to swim back to the surface.

“Think about it like trying to drag a net through the water. It takes a great deal of effort that very quickly becomes tiring. Whale sharks use their negative buoyancy to get this happening for free. Because descents are long and ascents are relatively quick, they also spend much more of the day in descent than in ascent, giving them more time to locate food and feed on it.”

The whale shark is also able to forage at depth (where temperatures can be 20oC colder than at the surface) for some time because of massive blocks of white muscle that provide insulation. The muscle, which accounts for some two-thirds of a whale shark’s body mass, is part of a growth strategy called ‘gigantothermy’, an effect that served the larger dinosaurs, such as the brontosaurus, too.

However, after feeding at depth, the whale sharks must heat up again, spending 60 per cent of their time in warmer surface waters and putting them at risk of being struck by container ships or hunted.

Whale sharks are a tropical species, but are regularly seen in New Zealand’s northern waters, from the Three Kings Islands to the Bay of Plenty. They are harmless to humans and can grow up to 12 metres or more.