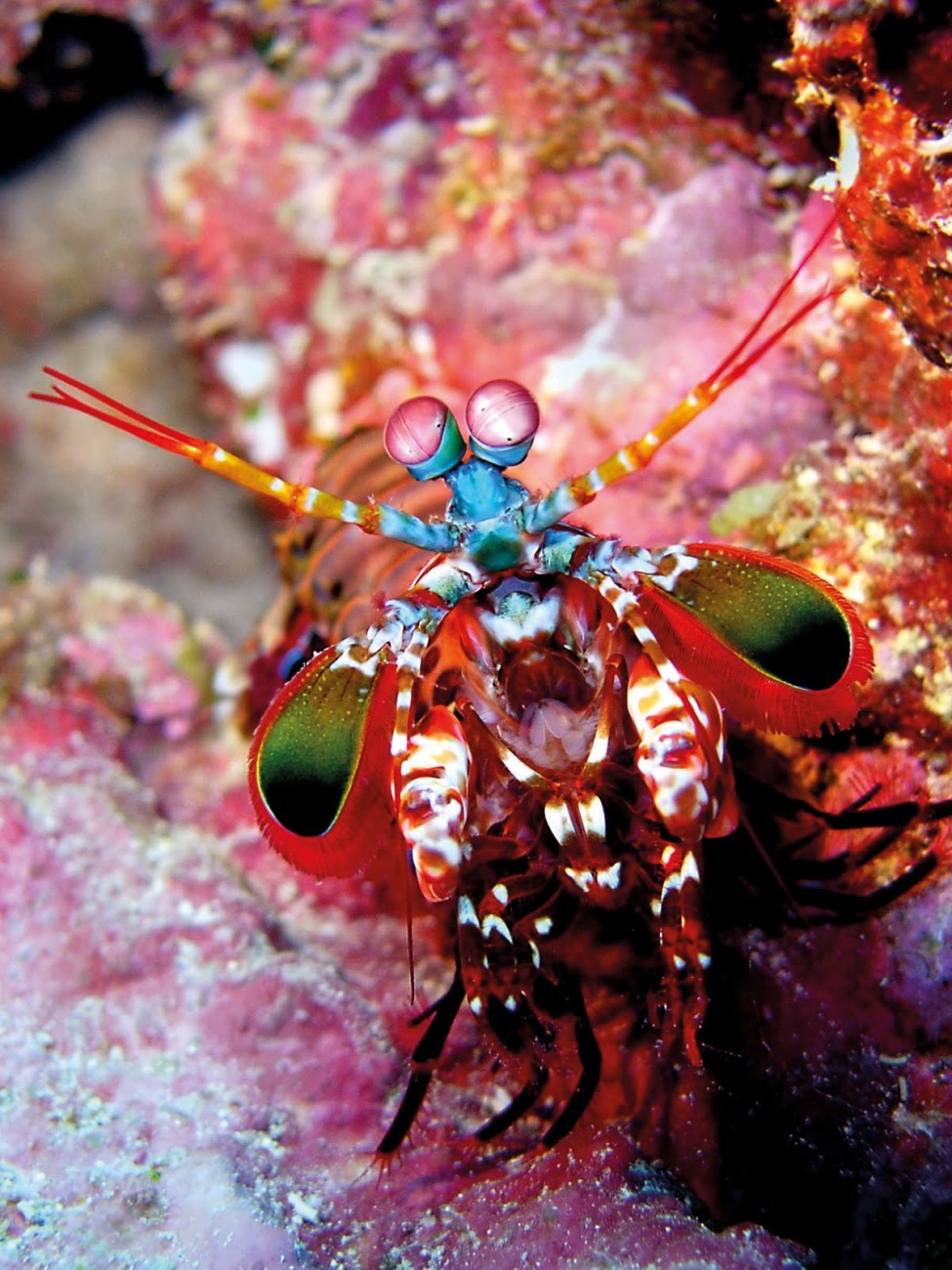 Mantis shrimps broadcast their presence to fellow shrimps by using a code made from polarised light that only they can see.

It’s been long known these highly aggressive shrimps, Odontodactylus scyllarus, use specially layered shells in their heads, legs and armoured tail to reflect light in circular polarised form, and for the first time, researchers have discovered why.

In tank experiments, University of Queensland scientists found that circular polarised light reflects off a shrimp in a burrow, signalling other shrimps to back off, because “attempting to enter an occupied burrow can result in a damaging and potentially deadly confrontation”, write the study authors. Passing predators, however, cannot see the reflected form of light, allowing the shrimp to remain hidden.

(Linear polarised light is light whose wavelength vibrates on a single fixed plane. Circular polarisation is when the polarised light instead forms a spiralling beam, turning either clockwise or anticlockwise.)

“There’s tonnes of linearly polarised light around—anything shiny or glossy reflects linear polarised light,” says researcher Yakir Gagnon. “Many animals use linear polarisation to locate water bodies; it’s common with insects, as well as some birds and fish. But use of circular linear is super-rare.”

Circular polarised light is reflected by dung beetles and emitted by fireflies, but these animals haven’t been shown to be able to see it.