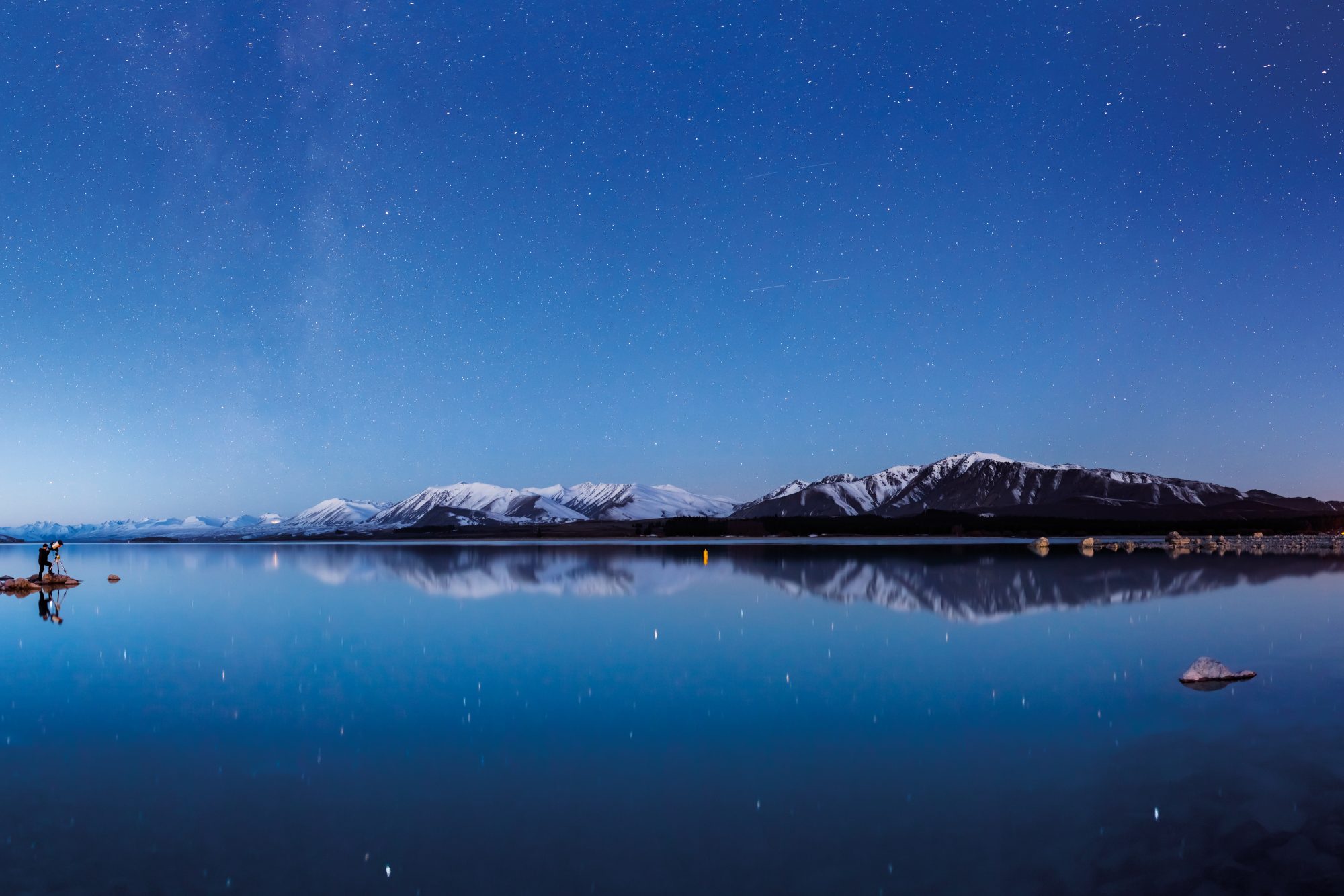 Nearly 8000 years ago, the massive star Eta Carinae exploded, releasing dust and gases that seared outward from its centre at more than 600 kilometres per second. Light was emitted from each incan­descent particle to travel across the universe and arrive on Earth, some 7500 light years distant, in April 1843. Astronomers noted the rapid brightening of the star, which faded again by the turn of the century until it was invisible to the naked eye.

Today, Eta Carinae—120 times more massive than our sun—is visible again, shrouded in the dust ejected during its 19th-century ‘Great Eruption’ that surrounds the binary star in an aura of red and purple. The new activity, scientists reason, may be the first signs of a supernova event, the cataclysmic gravitational collapse of the star.

The nebula is one of some 9000 celestial objects visible in the night sky with the naked eye, though viewers on Earth are witnessing light emitted from stars sometimes millennia ago; the light is merely an untimely messenger of events impracticably distant. Nevertheless, few places on Earth make a better platform to watch celestial history unfold than Mount John. On the western horizon, the jagged peaks of the Southern Alps scrub the prevailing west­erlies of moisture, drying the air and purging the atmosphere of cloud and humidity. The altitude helps too, but perhaps the most peculiar element is the effect of a large body of cool water—Lake Tekapō—that appears to stabi­lise the atmosphere, further enhancing its clarity.

Mount John Observatory—jointly operated by the University of Canterbury and Japan’s Nagoya University—is the hub of the MOA (Microlensing Observations in Astrophysics) project. This project monitors light emitted by stars, to detect the passage of planets too distant to see, even discovering planets nobody knew existed. Using the largest telescope in the world dedicated to microlensing observa­tions, astronomers from Japan and New Zealand can measure tiny variations in the light of a star as it bends around the gravita­tional field of a passing planet, enough to estab­lish the location and size of the body.

To date the team has discovered more than a dozen planets beyond our solar system, but not every planet is of equal value. MOA is con­centrating on finding Earth-size planets within the ‘habitable zone’—rocky planets the right distance from a star for water to be liquid—that may support life. A couple of pros­pects have been found, including an entire solar system not unlike our own, a prospect that expands our understanding of the universe and our place within it.

In 2012, the Mackenzie District Council sought to protect the astronomical values of Mount John and Tekapō by applying to become a dark-sky reserve. The principles were enshrined in bylaws that ensured street lighting was directed only downward, to reduce the loom of the town and protect that singular quality so sought after by stargazers: darkness.

Now, thousands of tourists travel to Tekapō every year to take in the sights, including pho­tographers, training ever more perceptive sensors upon the stars to capture those views of the night sky that are available everywhere on Earth, but nowhere so clearly as here.

The Crux of the matter