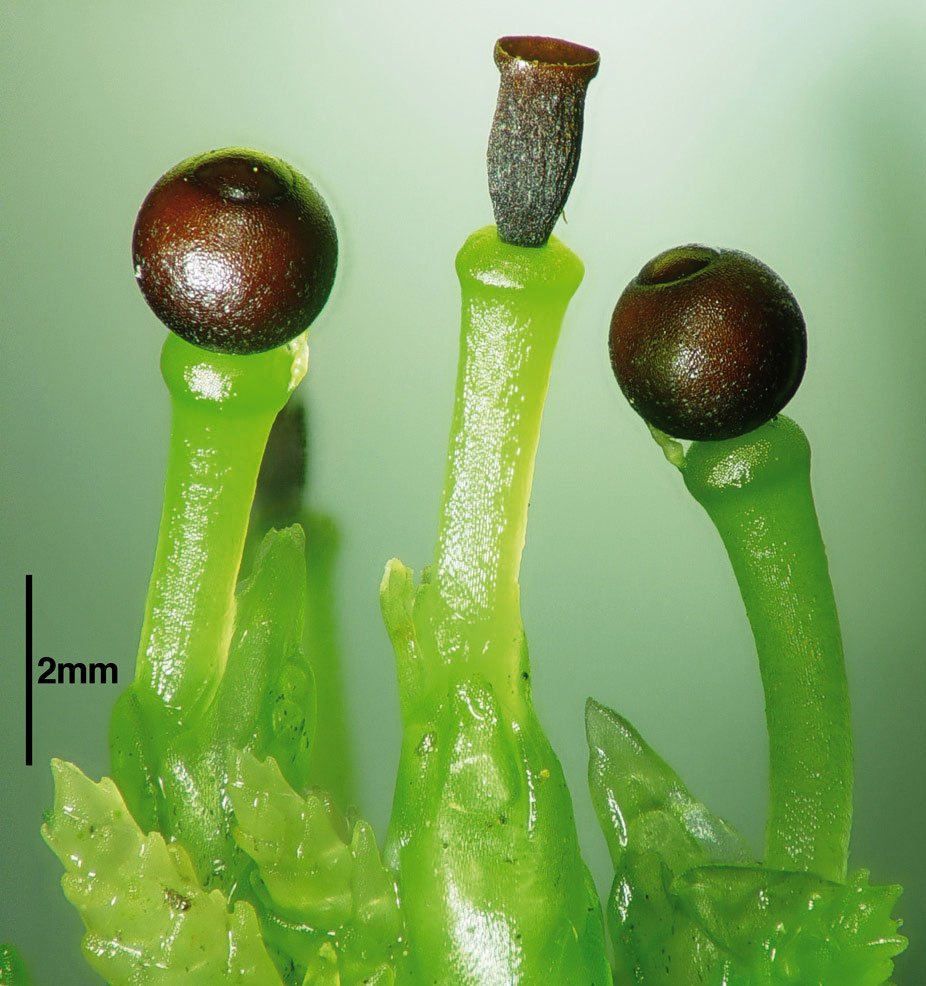 For the first time ever, vortex rings have been discovered in the plant kingdom. The vortex mechanism is one of the most efficient ways that a body of air or water can move through another. Squid and jellyfish use vortex rings to propel themselves through the water, and the human heart employs vortex rings to pump blood between the left atrium and the ventricle. All it needs is a circular opening through which a brief puff of air passes—just as a smoker blows smoke rings.

Sphagnum mosses, of which New Zealand has nine species, have been found to use explosive cannon-like capsules and vortex rings to shoot spores up into a layer of moving air 10 cm above ground. This mechanism, unique in mosses studied, has allowed sphagnums to colonise one per cent of the Earth’s land area, despite being “primitive” and nonvascular.

How it works: hundreds of thousands of spores lie inside 2 mm spherical capsules on the ends of the stalks. On a hot day, dehydration causes the capsule to shrivel into a cylindrical shape and the resulting air pressure—four to five times normal atmospheric pressure—causes it to blow its top, shooting the spores upwards at 50–60 km/h. Bursting from the capsule, the expanding air pocket forms a vortex ring and carries the spores with it, many times higher than if they had been fired out on their own. Dwight Whitaker, an assistant professor of physics at Pomona College in California, captured the event with a 10,000 frames-per-second video camera, noticing that the spores inside the “mushroom cloud” at the head of the vortex moved faster than those in the trailing wake.