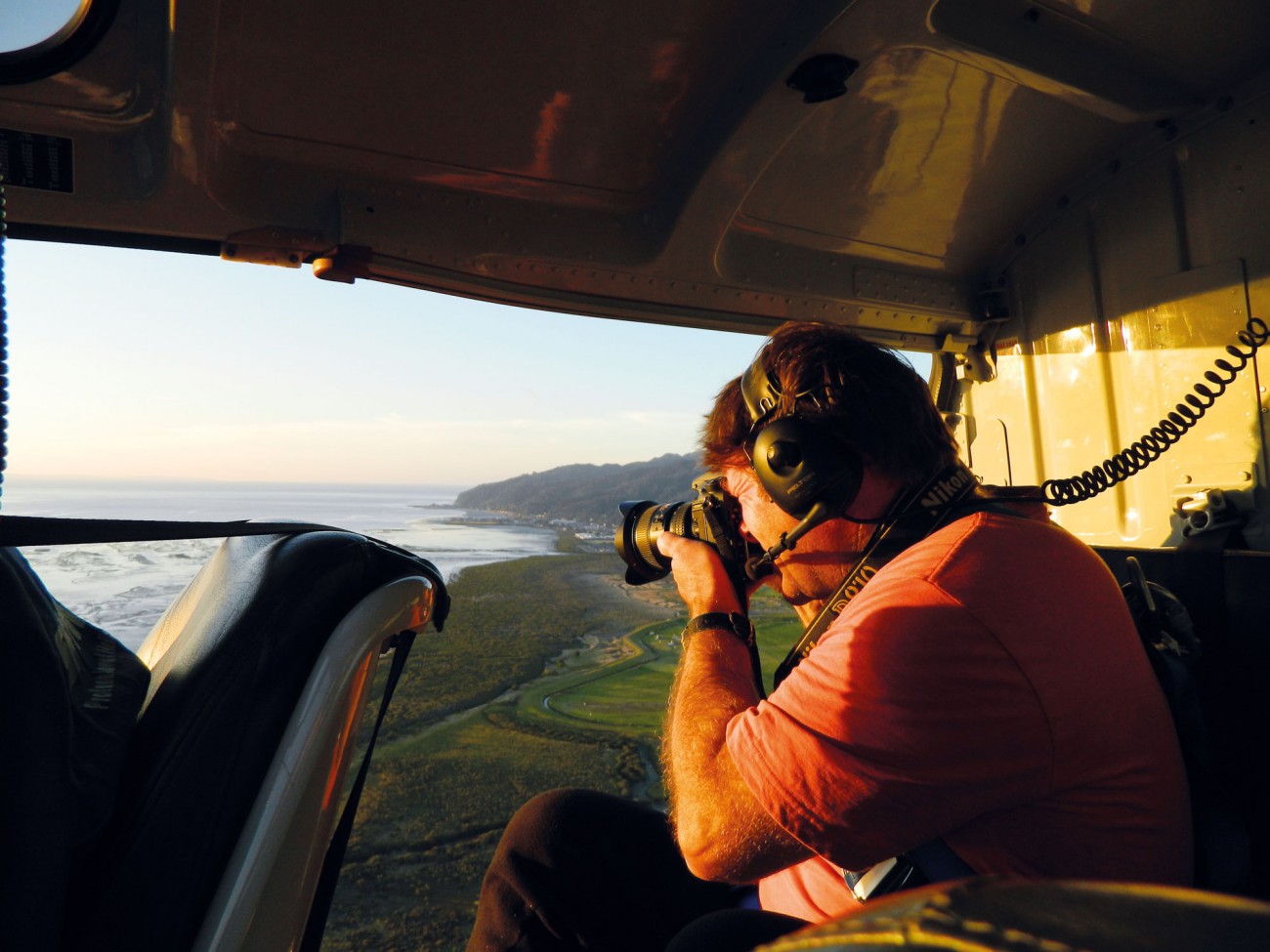 Peter James Quinn has been shooting for New Zealand Geographic for more than two decades, beginning with a story on whitebait on the West Coast. Many of his stories since focussed on commodities—coal, gold, fish, flax, forestry, and in issue 62, the commodity that would rule them all, milk. But his latest story didn’t start out the same way.

From his home on the hillsides of Thames, Quinn looks out over the Hauraki Plains and Firth of Thames, a region that he says few consider as they sear across the featureless roads between Auckland and the Coromandel Peninsula at sea-level. Yet the plains have powered the development of Auckland and have been a centre of primary industry for two centuries. Timber, gold, fish and farming have left their mark here, and continue to do so.

“When I grew up not that far from here, half of my school friends lived on farms,” says Quinn. “Farming was an important part of the community and its social fabric, but now milk is a global commodity, and a lot of people have become divorced from the realities of rural life.

“The view has changed,” he says. “The farmers are no longer seen the same way as they once were, local suppliers to their townie neighbours. Now they’re sharemilkers and investors, and milk solids are traded on international rather than local markets. It’s reflected in this conflict between town and country, and the accepted language of ‘dirty dairying’.”

He decided that his backyard had the makings of a feature, one that told the story of unchecked development, a colonial experiment playing out around the country on much the same terms. Quinn’s travels around the district on assignment revealed rivers and streams in a poor state of health. With children and a grandchild who make use of the firth for recreation, it was an alarming sight.

One evening he climbed into a helicopter with his 13-year-old daughter for an alternative perspective. The resulting images are reproduced on the first spread of the feature and the gatefold—a bird’s eye view of “a landscape Captain Cook could only imagine in 1769”, says Quinn. An active fishing fleet plying the firth, the plains swept clear of trees, drained and developed into a thriving farms was the utopian vision of Endeavour’s crew, but it’s fulfillment didn’t come without cost.

“It might be time we all changed our perspective of this landscape,” he says.