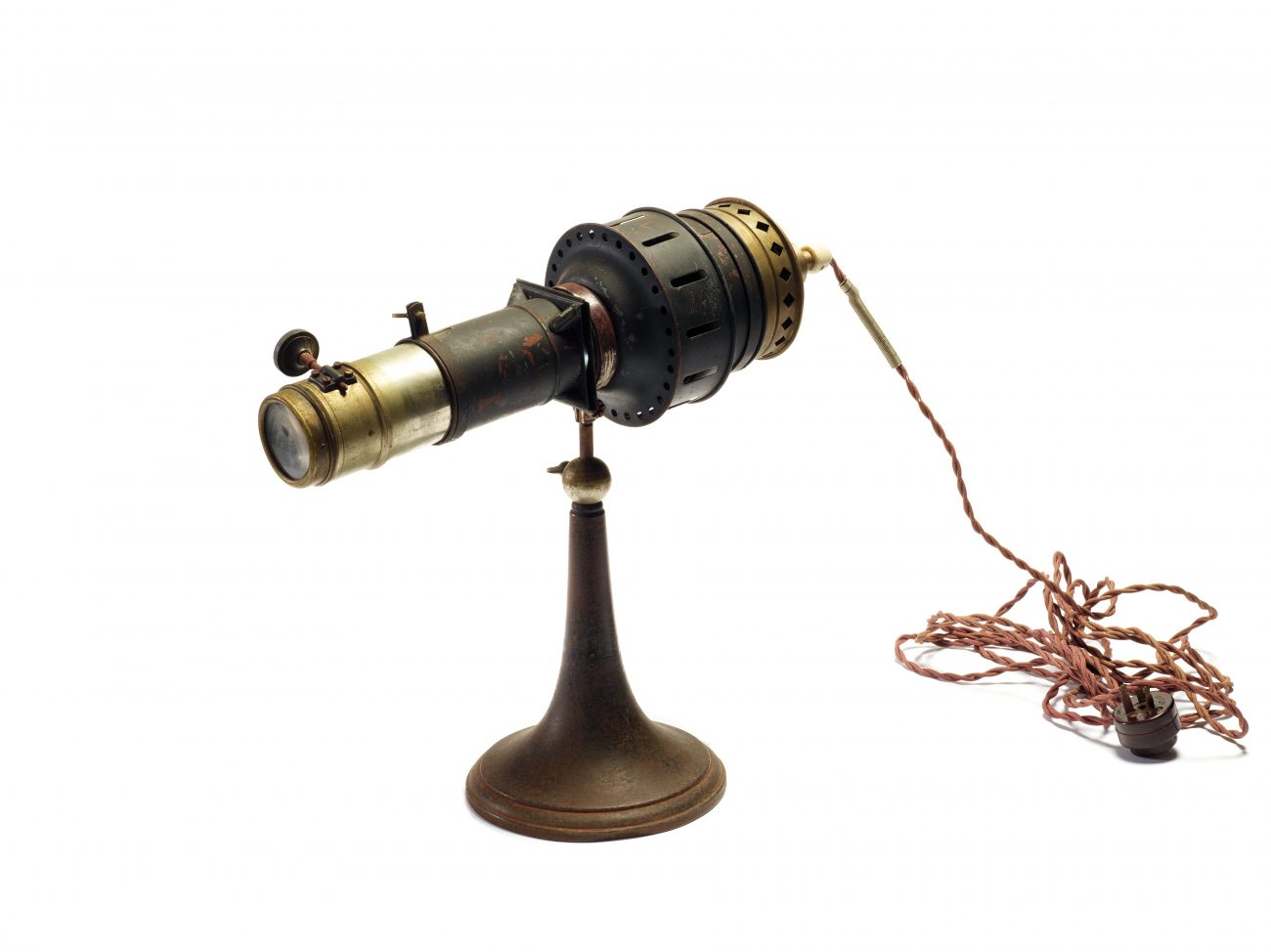 Originating in Europe in the 1650s, an early type of slide projector called a magic lantern used candlelight to project images from hand-painted or printed glass slides. The first projectionists terrified European audiences with “life-like” apparitions of floating spirits—some projected upon smoke for extra drama. The devices were billed variously as the “lantern of fear” and “lantern of fright” and, in some regions, the performances were closed down by authorities due to “paranoia”.

By the time magic lanterns arrived in New Zealand in the 1800s, they were more wholesome instruments used to tell stories, educate viewers in the sciences and project hand-painted photographs of exotic locations and European cultural icons.

The images “were consumed not merely for entertainment but as a remedy for a perceived cultural void in the antipodes”, writes Australian Elizabeth Hartrick in her PhD thesis on the subject.

Electric lanterns, such as the one pictured, were common in the early 1920s and ’30s and were used in cinema advertising until the 1950s. Prior to this, however,lanterns were powered by candles, kerosene or foul-smelling whale oil that was noisy, smoky and sometimes caused explosions.

In the 1860s a brighter, crisper image was achieved using limelight, which required special equipment to squirt hydrogen and oxygen at a strip of limestone—equivalent, according to chemist-cum-showman H.T. Watts, to 153 wax candles. In a series of nationwide exhibitions held by Watts in the name of “cultural improvement”, New Zealanders were shown photographic slides with a limelight projector. He was one of many travelling entertainers to tour the colony with these portable lanterns during the mid 19th century.

Expedition photographer Herbert Ponting took his own carbide-powered magic lantern to Antarctica to regale Scott and his men with stories of his travels in far-off lands.

“It was good, amongst all this snow and ice, to see palm trees nodding to pellucid, tropical seas; elephants apilin’ teak in the sludgy squdgy (sic) creek… to remind us all that the world was not ice and snow and science,” wrote Ponting.

Smaller magic lanterns later became popular as parlour toys for children with a range of cartoons. Apart from a few recognisable images, such as from Alice and Wonderland, many of those early cartoons have gone the way of the magic lantern itself, and faded into obscurity.